Following yesterday’s long bike ride from Passau to Linz, I was glad to have 90 minutes in the bus to reach Cesky Krumlov. As we traveled out of Linz, through the Austrian countryside, across the border into the Czech Republic, we were fortunate to have an extremely knowledgeable guide who lived in Cesky Krumlov and spoke impeccable English. There was good reason for his command of our language. Bryce was originally from Florida.

A former school teacher, Bryce moved to Cesky Krumlov 25 years ago. He gave us quite an education about the Czech Republic and Cesky Krumlov before we arrived. Once we there, Bryce turned us over to a local guide (or should I say another local guide since Bryce is local?) who was equally as entertaining and informative.

I have had several opportunities to visit Cesky Krumlov in the past, but one thing or another kept me from doing so. I’m glad I arrived on a beautiful day like today and with Tauck.

For starters, as I’ve noted, our guides were first-rate. Tauck is first and foremost a tour company, and it shows. Secondly, as mentioned in a previous post, Tauck has taken all of the worries out of travel. Few, if any, of us had Czech coins to use the public toilets. Not to worry. All we had to do was show our Tauck lanyard (which holds the Vox devices) to use the toilets free of charge. Tauck’s tour directors came along later and paid the lump sum for the bathroom visits. I’m wondering if the lanyard will work elsewhere in Europe if I were to keep it?

Another pleasant surprise: Lunch was scheduled for 1 p.m. Around mid-morning I became a bit hungry. I considered taking some Czech notes from the ATM, but there was no need. Tauck’s tour directors had a surprise for us after we had completed our tour of the town: “Old Bohemian Gingerbread” cakes topped with chocolate. They were so delicious that I had two.

Ours would be a full day tour. We started by touring the incredibly well-preserved medieval town, which looked as though it had been built for photographers. At every turn, down every street, there was a postcard-perfect photo just waiting to be snapped. I wasn’t surprised to learn that the old town was a UNESCO World Heritage Site.

Our walking tour also included a visit to Krumlov Castle, one of the largest castle complexes in Central Europe, with 40 buildings and palaces of medieval, Renaissance and Rococo designs, plus numerous courtyards and gardens.

Tauck had another surprise waiting for us when we exited the castle. Our guide Bryce had changed into Renaissance clothing and was playing the guitar, along with a violinist, in a large courtyard that was part of the Winter Riding School. The mood was festive as we entered an expansive hall where 18th-century aristocrats exercised their horses during inclement weather. We sat down to a lavish lunch in the riding school.

Following is our day in pictures. Tomorrow, we head to Grein before making our way to the beautiful Wachau Valley. 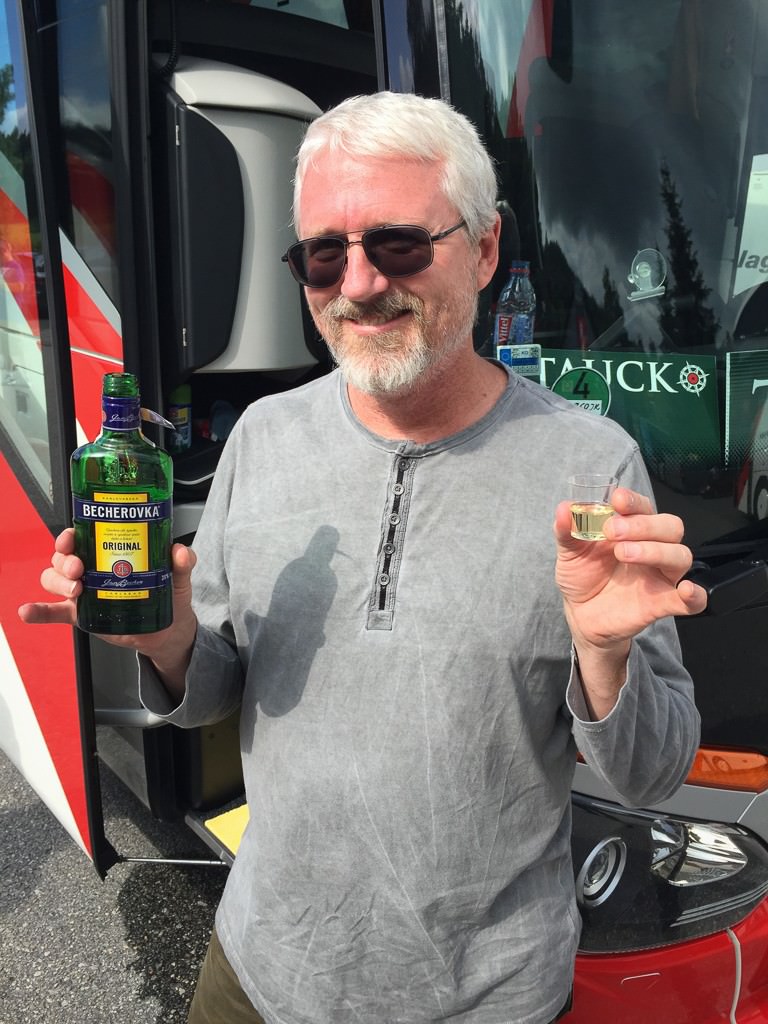 Bryce, our “local” guide, who hails from Florida but lives in Cesky Krumlov, offers us a taste of Becherovka, an herbal liqueur. © 2015 Ralph Grizzle 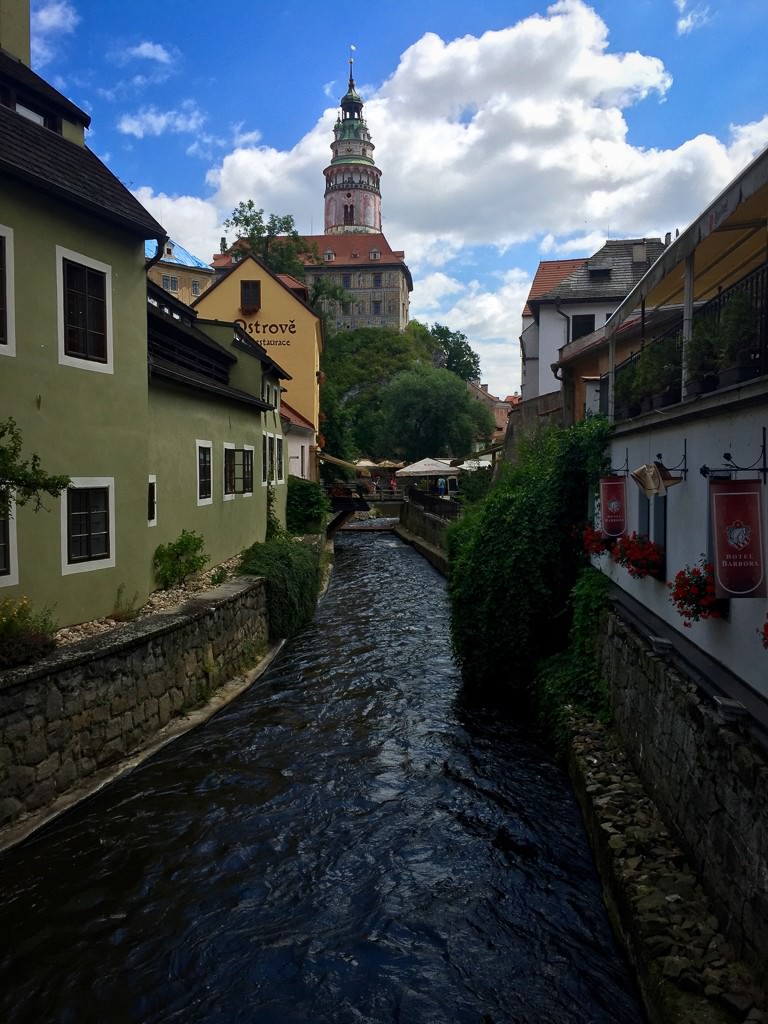 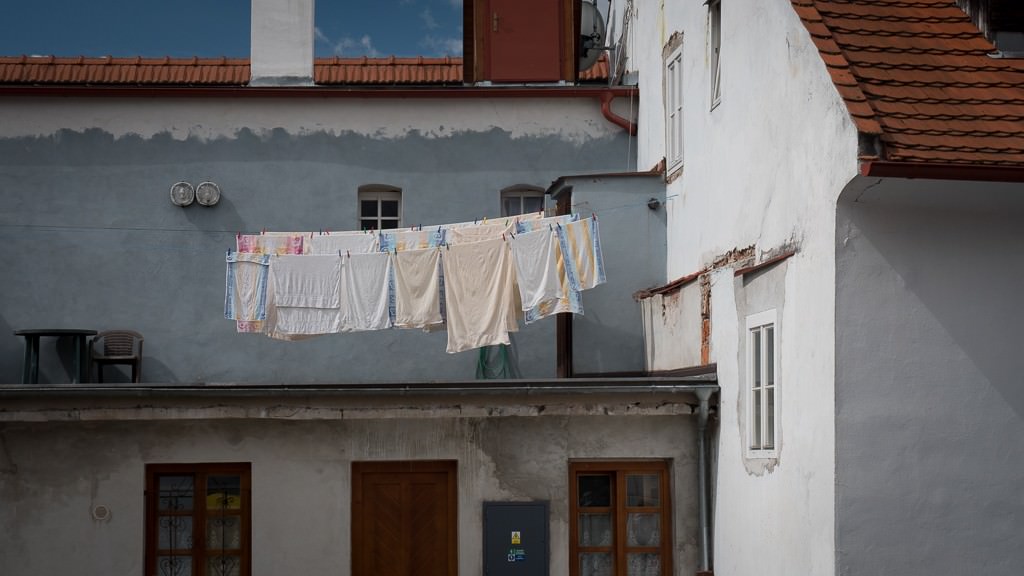 Even laundry appears as art in Cesky Krumlov. © 2015 Ralph Grizzle 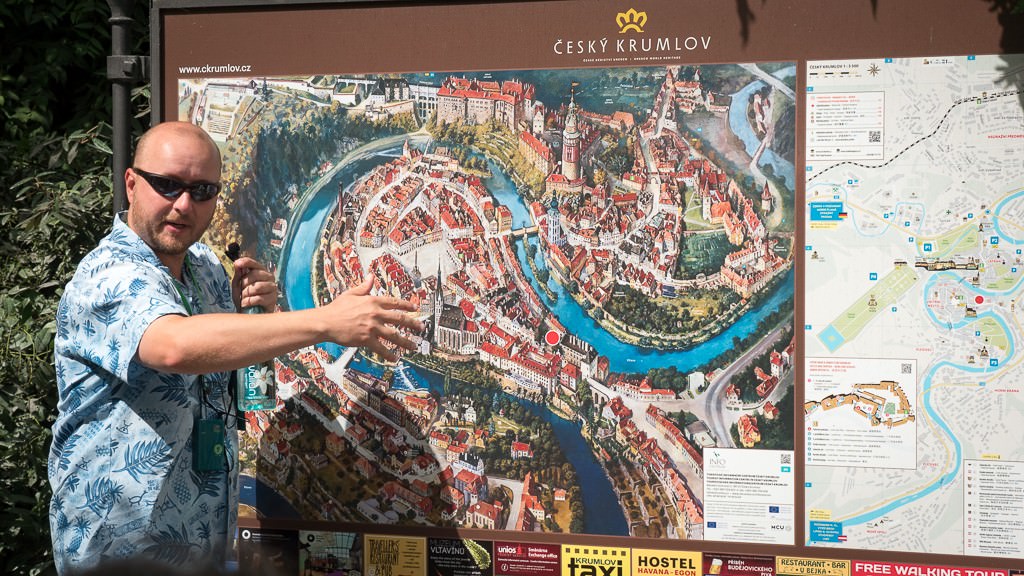 Equally as informative and entertaining as Bryce, our other local guide in Cesky Krumlov. © 2015 Ralph Grizzle 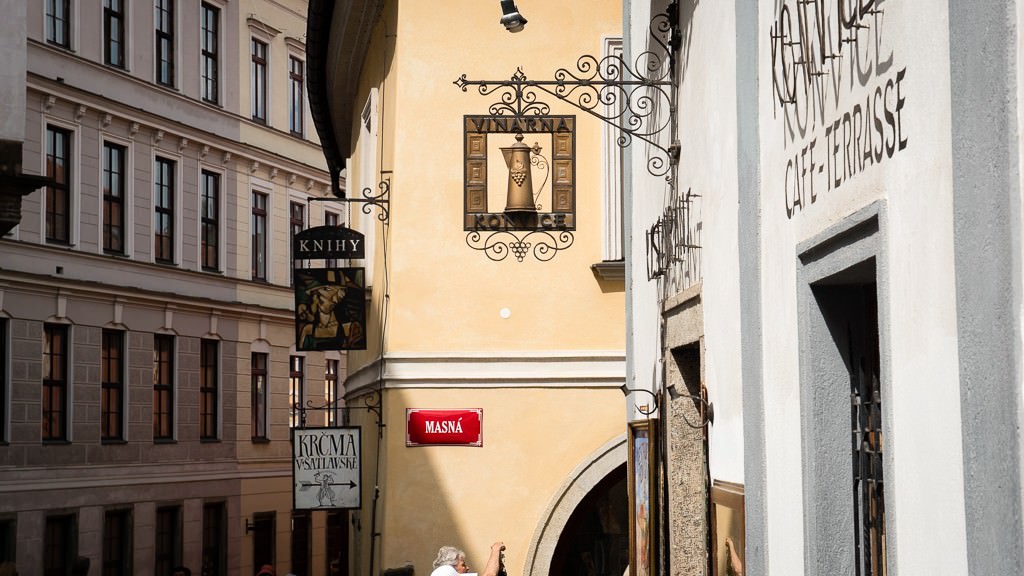 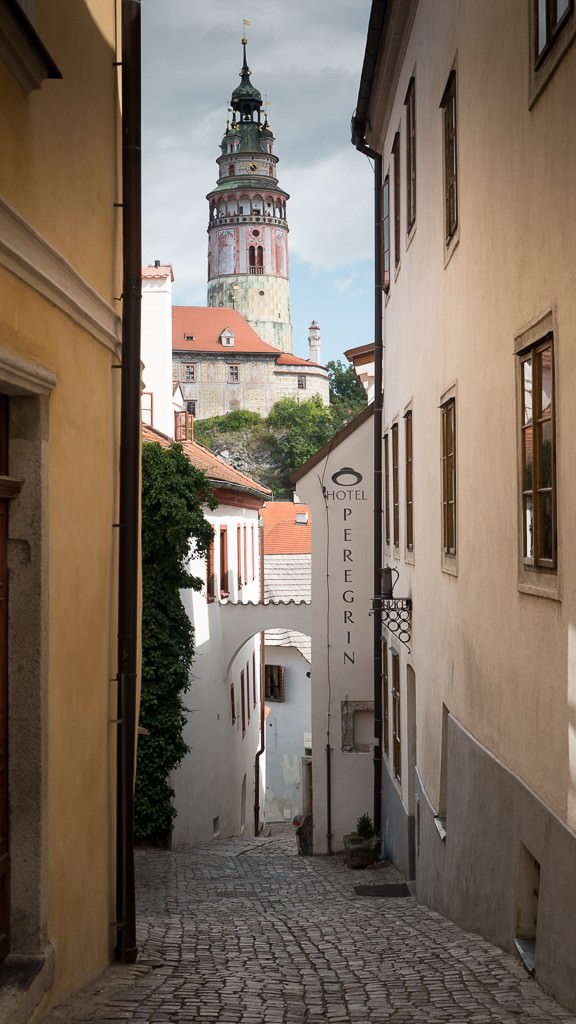 Every alley frames a photo in Cesky Krumlov. © 2015 Ralph Grizzle 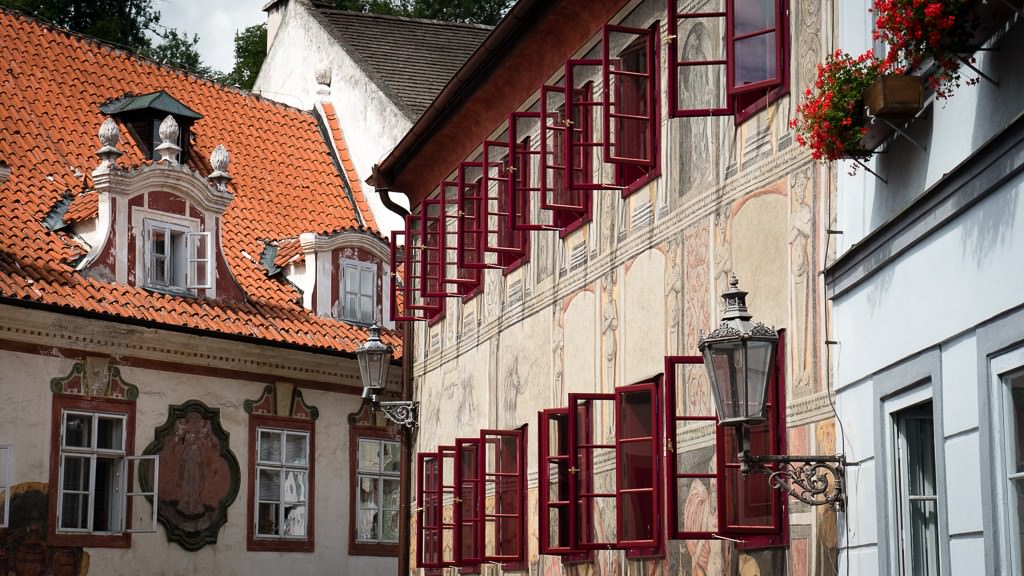 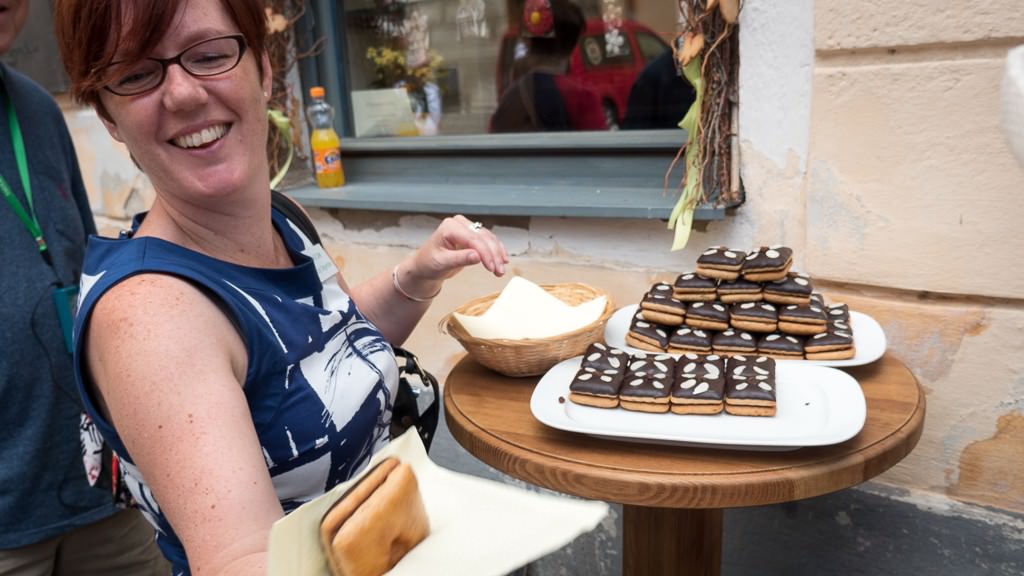 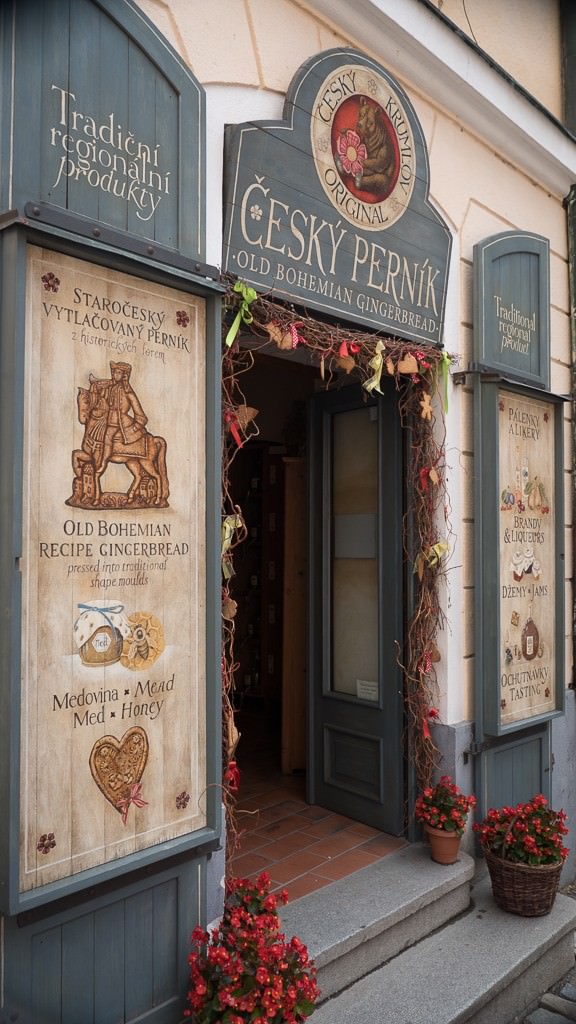 Be sure to visit Cesky Pernik for delicious gingerbread. © 2015 Ralph Grizzle 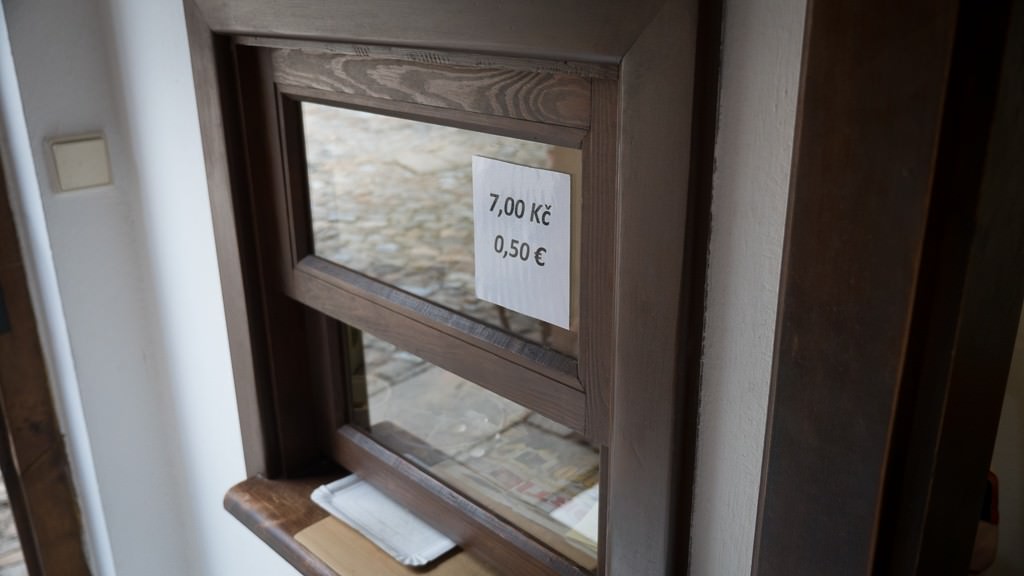 Tauck even covers the fees for entrance to public toilets. © 2015 Ralph Grizzle 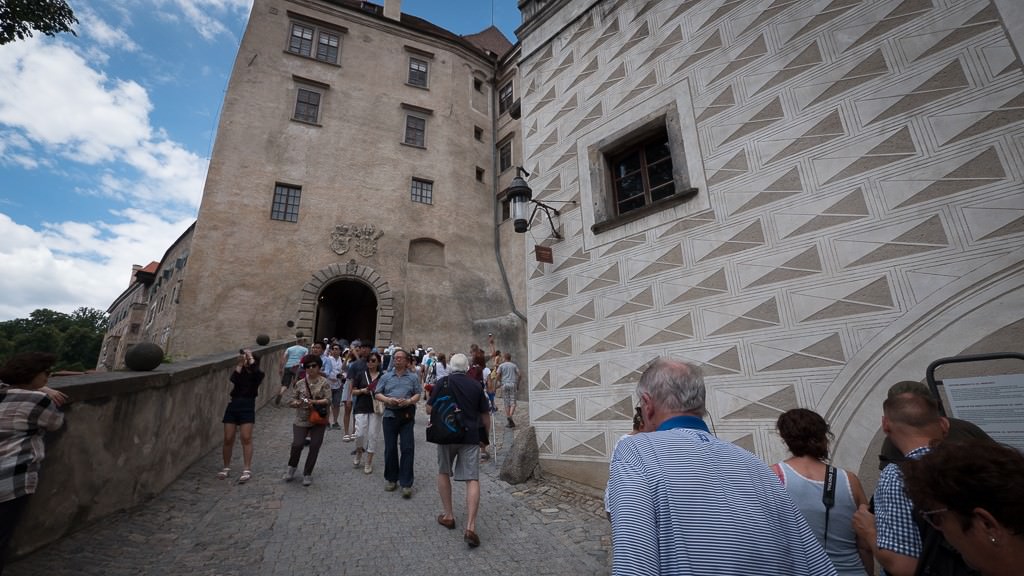 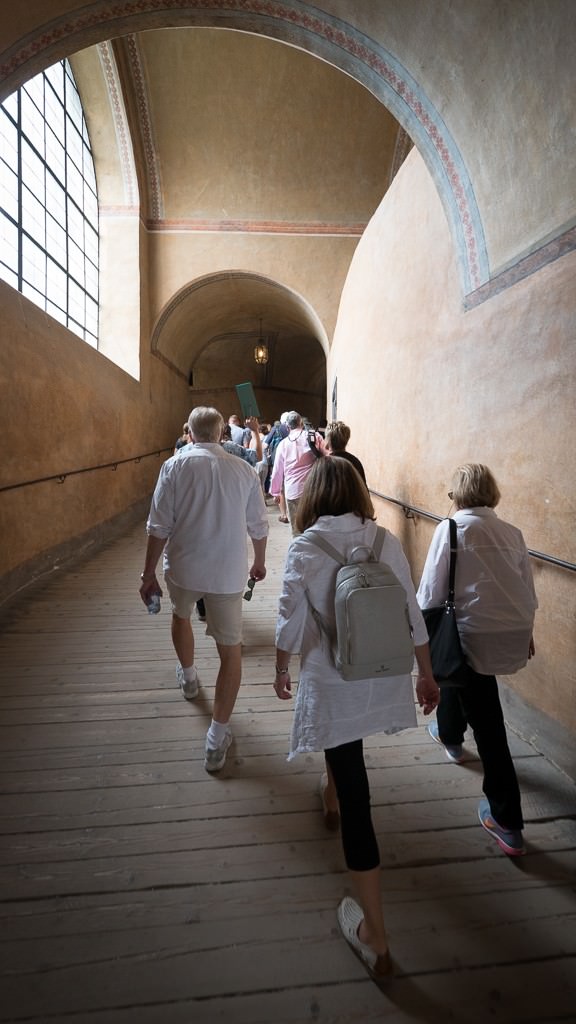 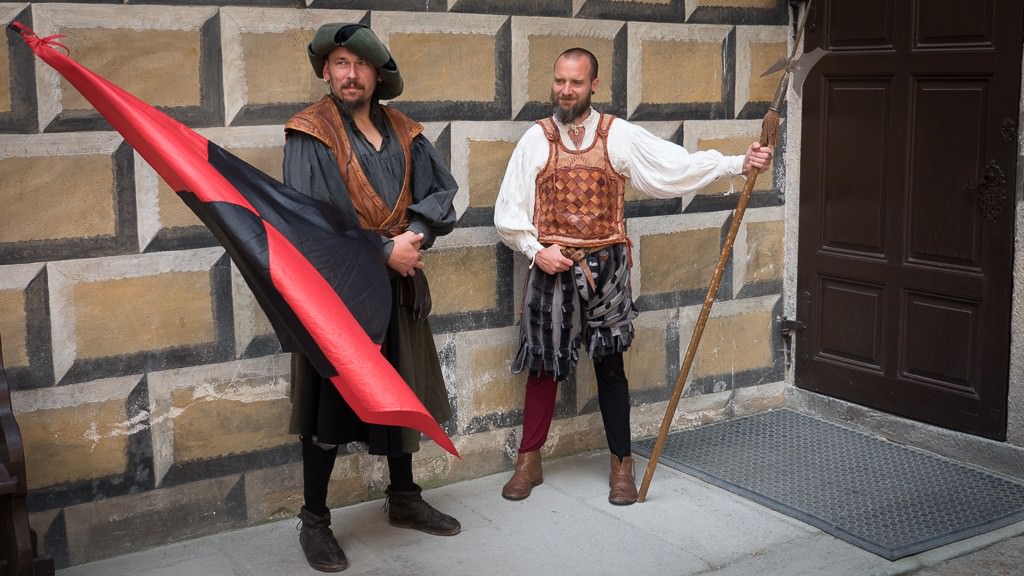 Guarding the entrance to Krumlov Castle. No photos once inside. © 2015 Ralph Grizzle 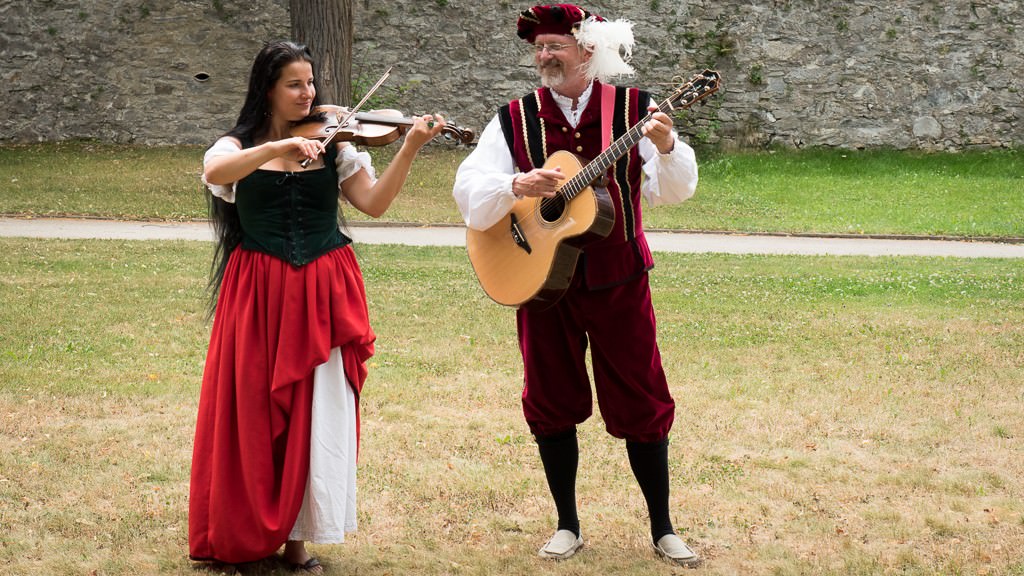 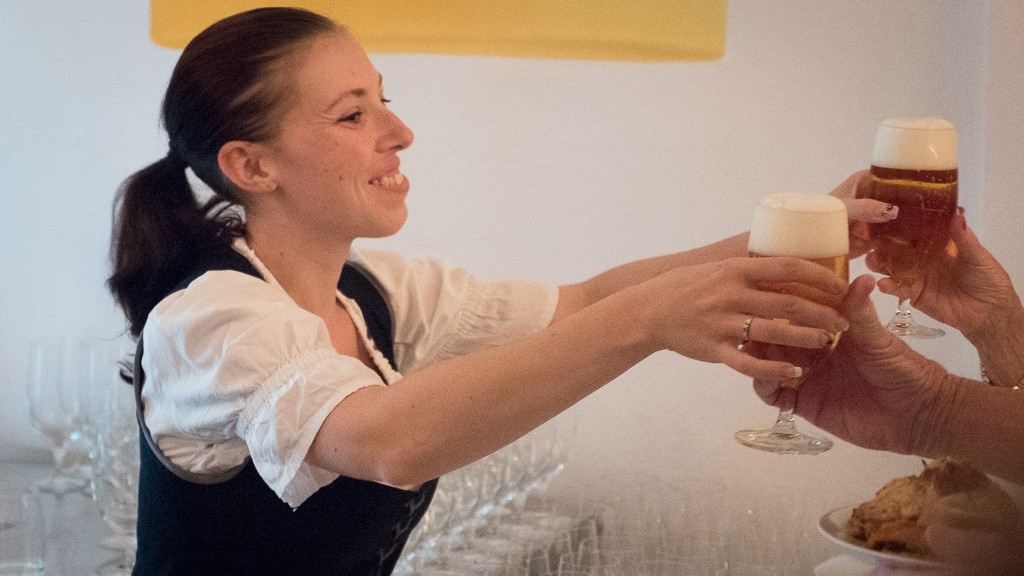 Tauck treated us to a private lunch at the Winter Riding School at Krumlov Castle. © 2015 Ralph Grizzle