Some news today. We would not be going to Regensburg as rlanned. Following our morning tour of Prague and lunch, we were supposed to board motorcoaches at 1:30 p.m. for our transfer to Regensburg, a little less than four hours away.

Low water, however, made embarking ms Savor in Regensburg risky. Our ship could be stuck there, we were told, because of the low water level of the river. The captain wisely decided to reposition ms Savor downriver of Passau, where we would embark before ms Savor proceeded even farther downstream to overnight in what was little more than a dock on the river banks.

That fact that Engelhartzell doesn’t offer much to river cruise passengers made for some disappointment among the guests, though all I spoke with were understanding that it was Mother Nature who had the upper hand. We could only go with the flow, figuratively, and in this case, quite literally too.

To those who think that the rivers of Europe are not becoming congested, think again. Yes, your ship may be able to find a place to dock, but that place may be like ours would be tonight, not in the intended destination, and not even in a city.

We would be 15 miles from Passau, which also would add time to the excursions on Saturday to Nuremberg and Regensburg. The excursion to Nuremberg would now require three hours each way, instead of 2.5, by motorcoach, six hours roundtrip instead of five. Still, Tauck handled this unfortunate situation well. In fact, as I write this my colleague Aaron Saunders is packing his bags to swap Viking ships because of low water between Nuremberg and Passau. 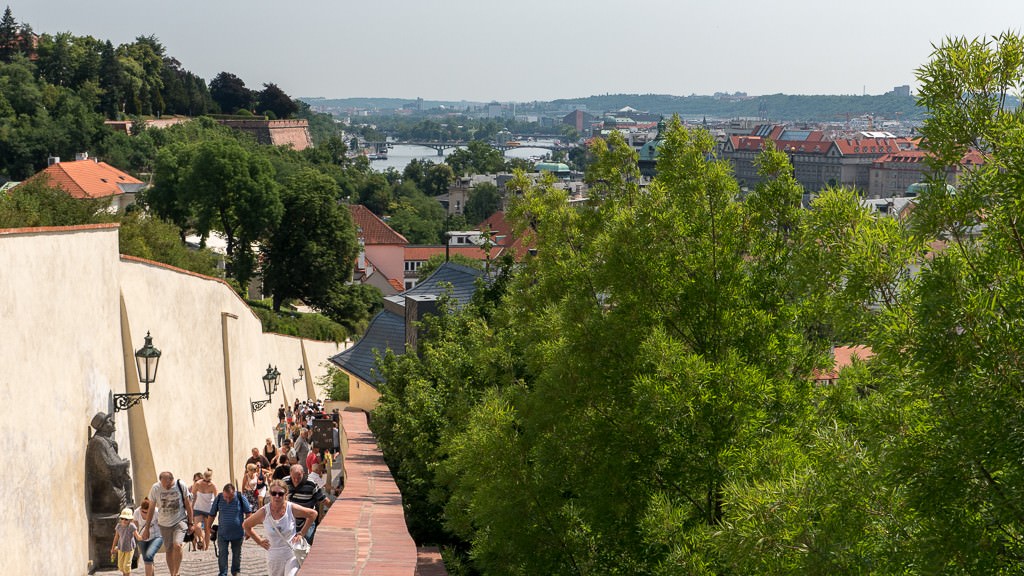 Back to our morning. After checking out of the InterContinental Prague (my Cold War spy movie hotel), we boarded a motorcoach to Prague’s Loreto District, where we’d begin a walking tour. We stopped to visit the Loreto Sanctuary and made our way through charming neighborhoods to the massive complex that is known as Prague Castle. Our tour included tickets to go inside St. Vitus Cathedral, which dates back to the 9th century and features nearly every architectural style of the past 1,000 years. 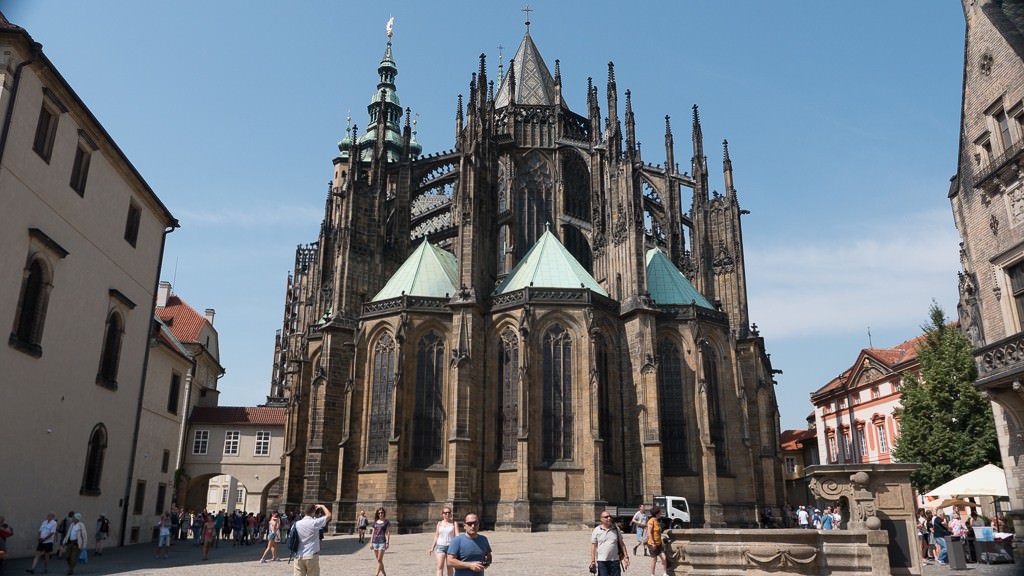 The Metropolitan Cathedral of Saints Vitus, Wenceslaus and Adalbert, a Roman Catholic cathedral that is the seat of the Archbishop of Prague. Up to 1997, the cathedral was dedicated only to Saint Vitus and is still commonly named only as St. Vitus Cathedral. © 2015 Ralph Grizzle 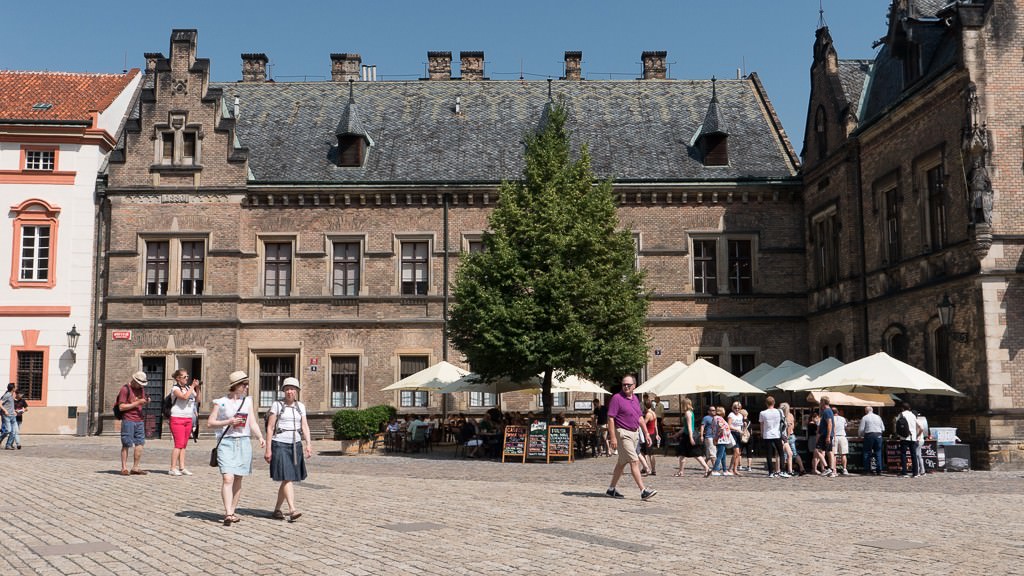 For lunch, our Tauck tour director Sinead gave each of us 500 Czech Koruna (about US$20) so that we could go out and have lunch on our own. I’ve never experienced this on a trip, and I was delighted to take the note and trot off in search of lunch. I found a French festival taking place under the Charles Bridge, where I had a nice lunch with money left over. Think about it. Tauck gave more than 120 people $20 each. That’s incredible. I’ve since taken to calling Sinead, SineATM. 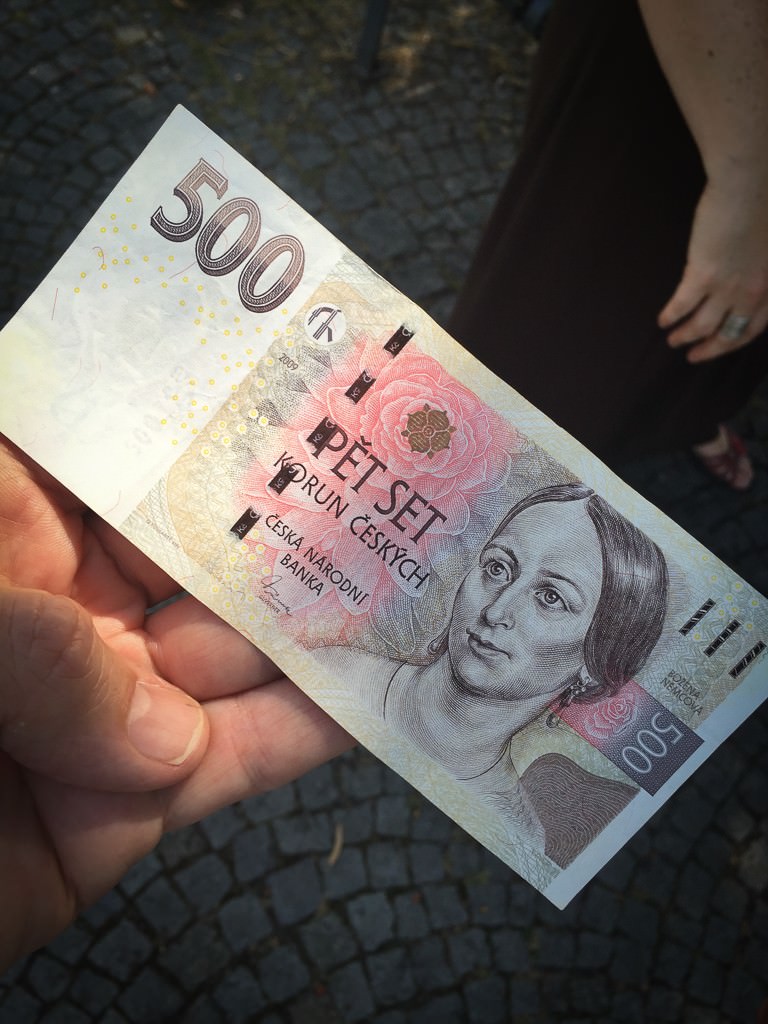 We boarded motorcoaches after lunch and made our way to ms Savor, which we boarded at around 6 p.m. I was pleased to open the door to my Loft stateroom on deck one.

My Loft Stateroom On ms Savor 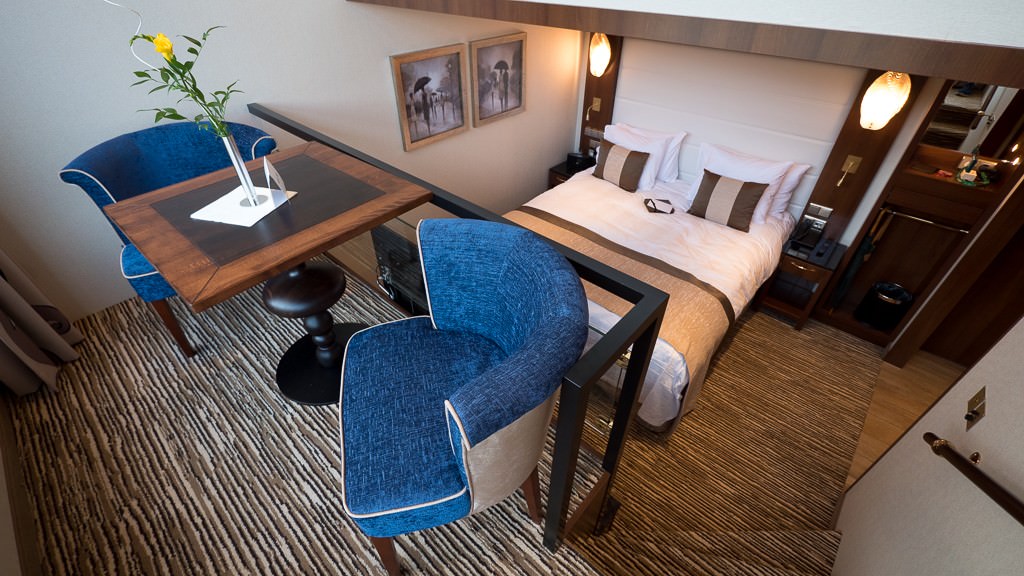 Another view of my loft stateroom on ms Savor. © 2015 Ralph Grizzle

Tauck’s ms Savor features eight category 3 Loft cabins on deck one. These innovative cabins are super spacious. They measure 225 square feet each, which is huge by river cruise standards. The Loft cabins are not the largest on ms Savor, but by comparison, the river cruiser’s standard staterooms measure 150 square feet.

I like the way the loft separates the sitting area and the sleeping area. With a table for two, the loft component makes for a cozy configuration. Four steps lead up to the elevated platform with its floor-to-ceiling window and high ceiling. Horizontal sheer curtains lower to allow light to filter in with some degree of privacy. Black out curtains assure total privacy. 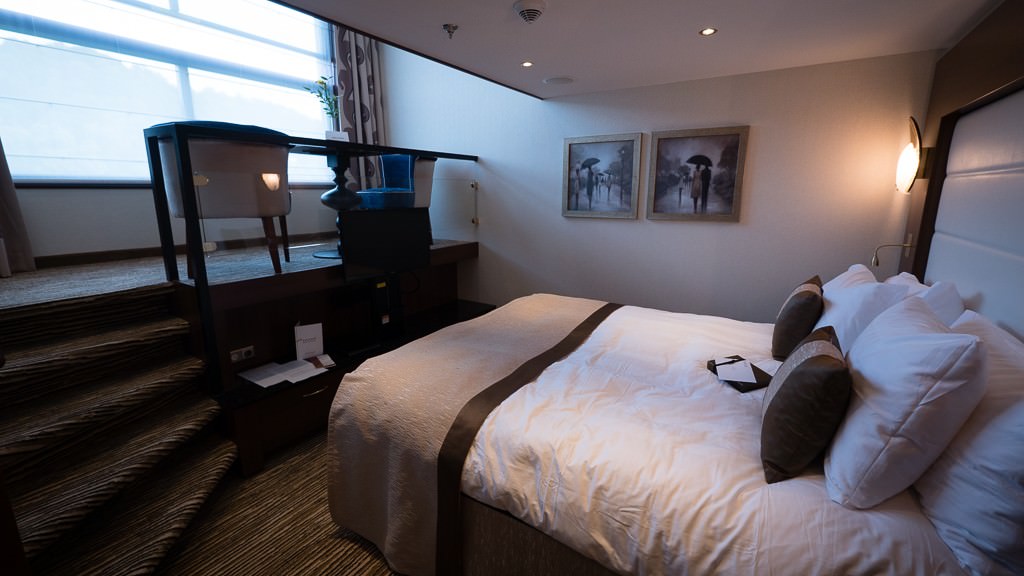 The curtains are operated by controls conveniently positioned by the bed and on the loft itself. Raise the sheer curtains with the push of a button and press another button to raise the middle section of the window. The result? A cleverly designed open-air balcony.

The loft cabins feature sumptuous bedding with fine linens, in-room movies, mini-bars that are restocked daily with water and soft drinks, coffee makers with Nespresso pods, an iPhone docking station, plenty of 110 and 220 receptacles, climate-control that is easy to operate, and spacious marble bathrooms with rainfall shower heads and luxury toiletries (Molton Brown on my sailing). 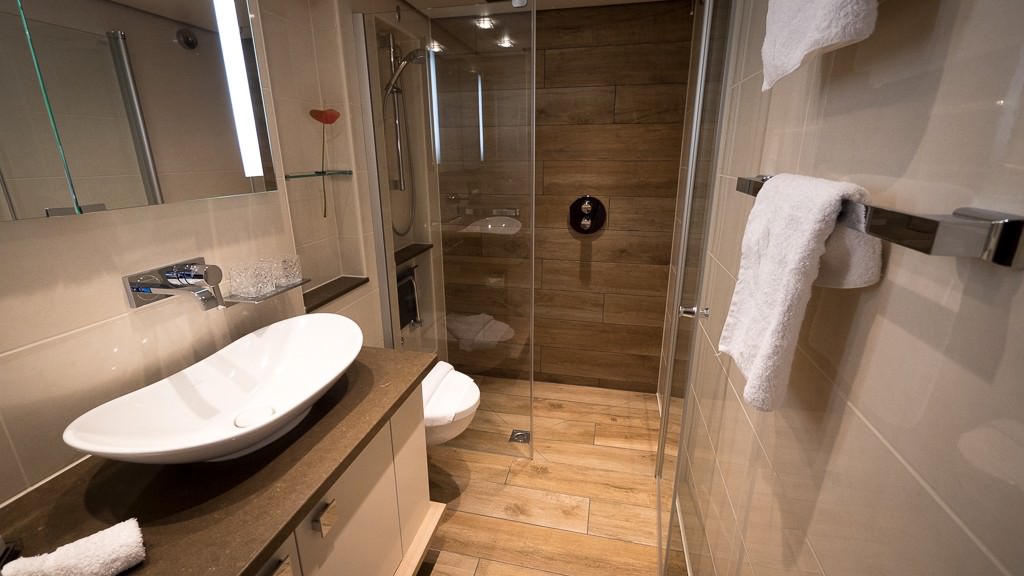 I like the Loft cabins for there amenities and their spaciousness, and the fact that the window opens to allow for unobstructed views of the beautiful sights along the rivers of Europe.

When I consider the way Tauck handled the low-water situation, gave us money for lunch on our own and my cozy stateroom, I’ll repeat what I said on day one: I’m impressed.