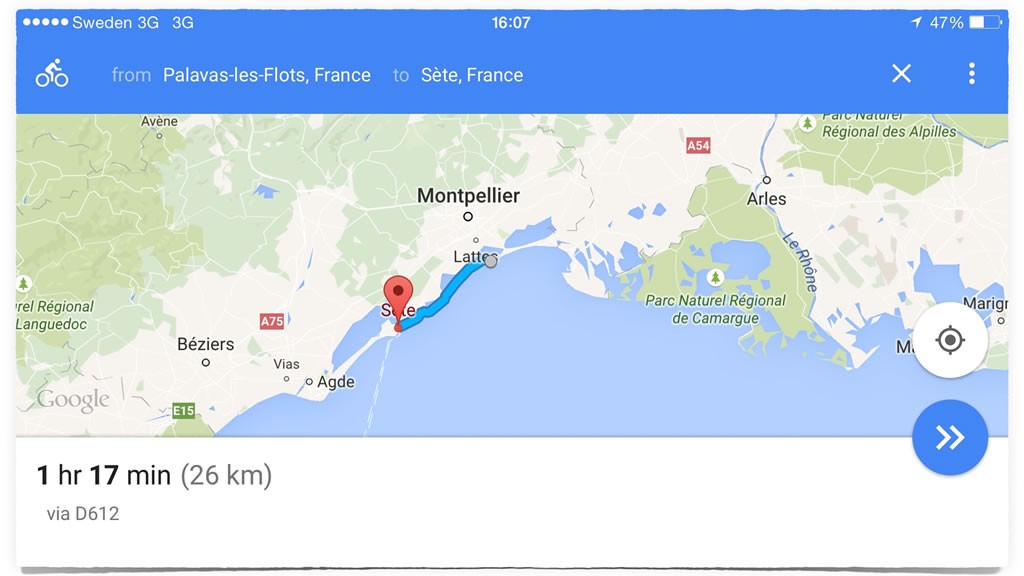 We traveled a leisurely 26 kilometers today. Could have biked it in a little more than an hour.

My barge trip from Arles to Sete took place on CroisiEurope’s Anne-Marie June 17 through June 26, with pre- and post-trip overnights and activities. This post picks up on day seven of our adventure, June 23, when we explored the explored Palavas-Les-Flots and cruised to Sete. 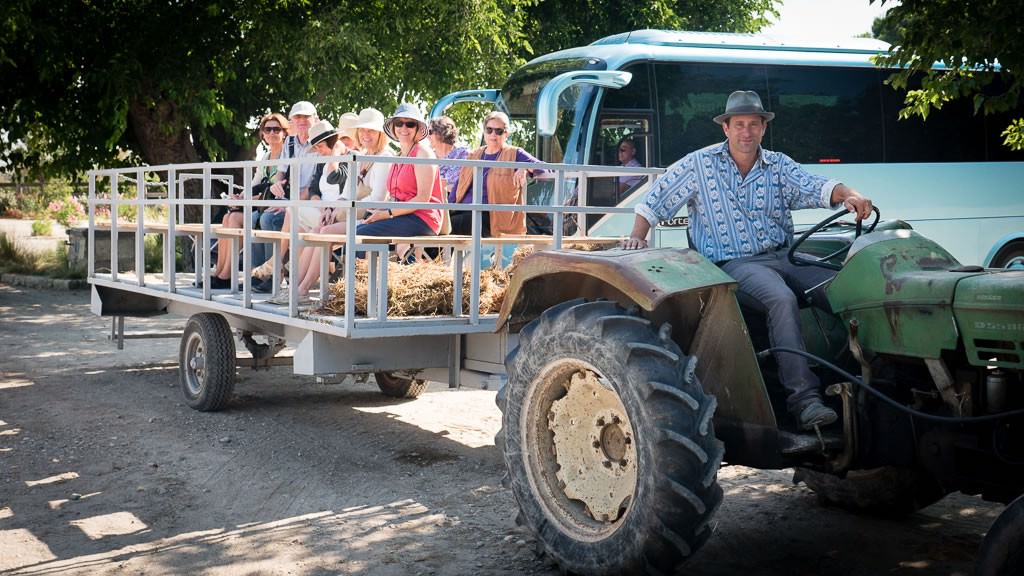 I never knew there were cowboys in the south of France, but indeed there are. They may not wear the broad-brimmed Stetsons that top the heads of North American cowboys and the French cowboys (known as guardians) don’t amble along bow-legged from hours in the saddle, but they do have a kinship with their brethren in the American West: They both herd cattle.

This morning we were back in the Camargue, not far from Aigues-Mortes, to learn more about the cattle here and to watch cowboys at work. Our visit took us once again on a hay ride, just like on day four of our trip. We headed out past vineyards to pastures where the cattle grazed and returned to a roundup demonstration and, of course, a wine-tasting, just like on any ranch worthy of its name in the south of France. Here is our day in photos. 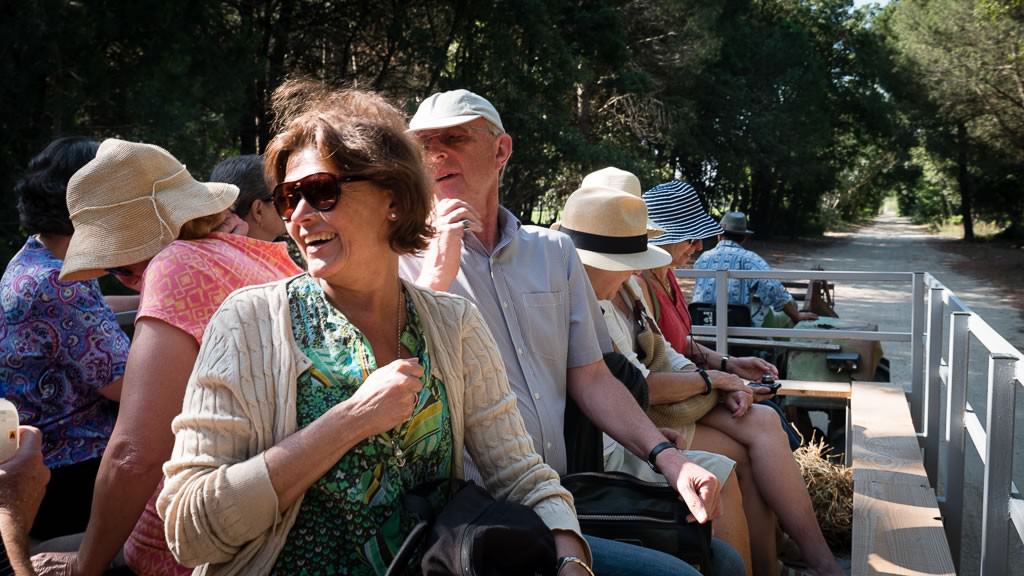 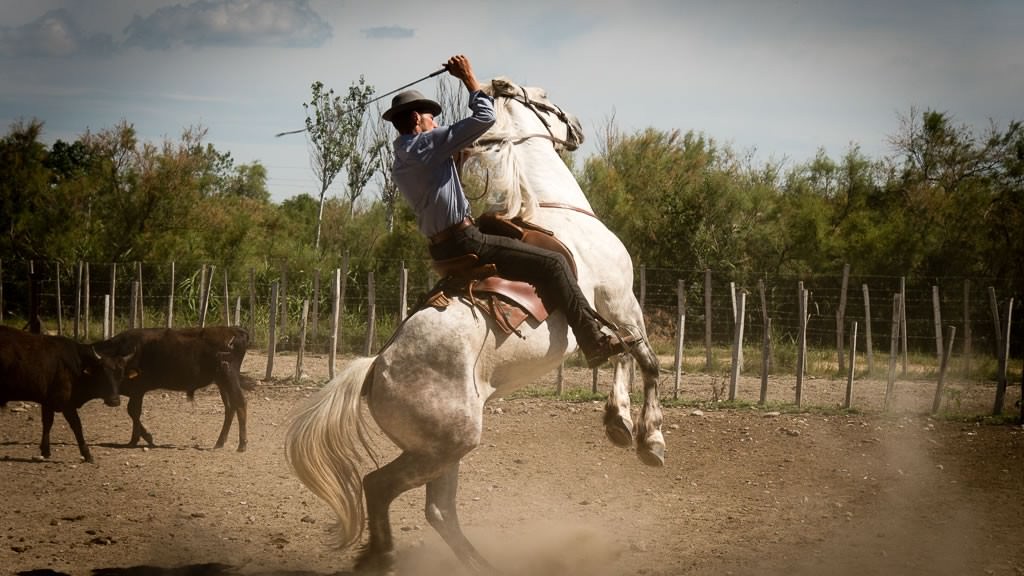 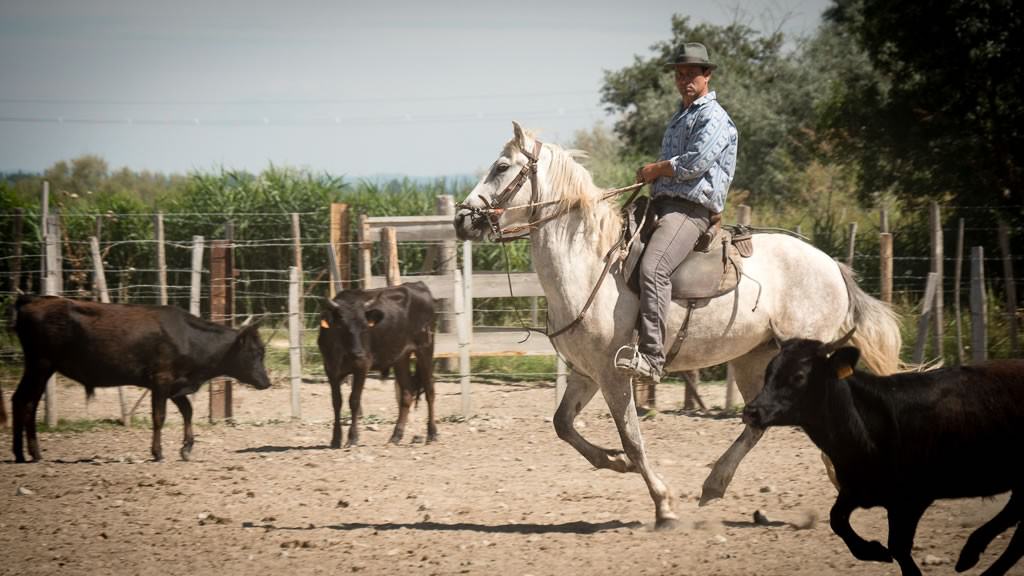 Rounding up the herd of cattle. © 2015 Ralph Grizzle 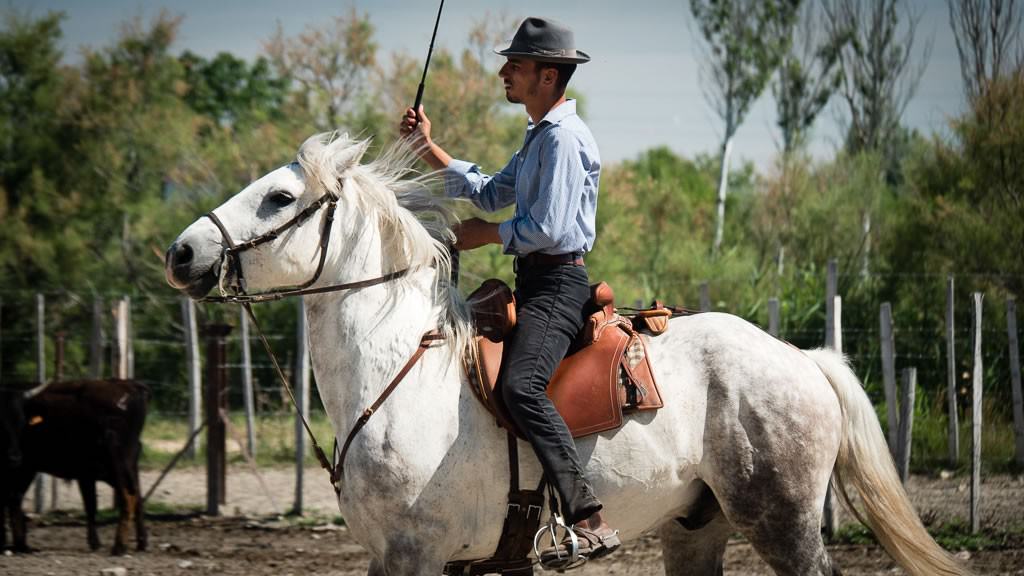 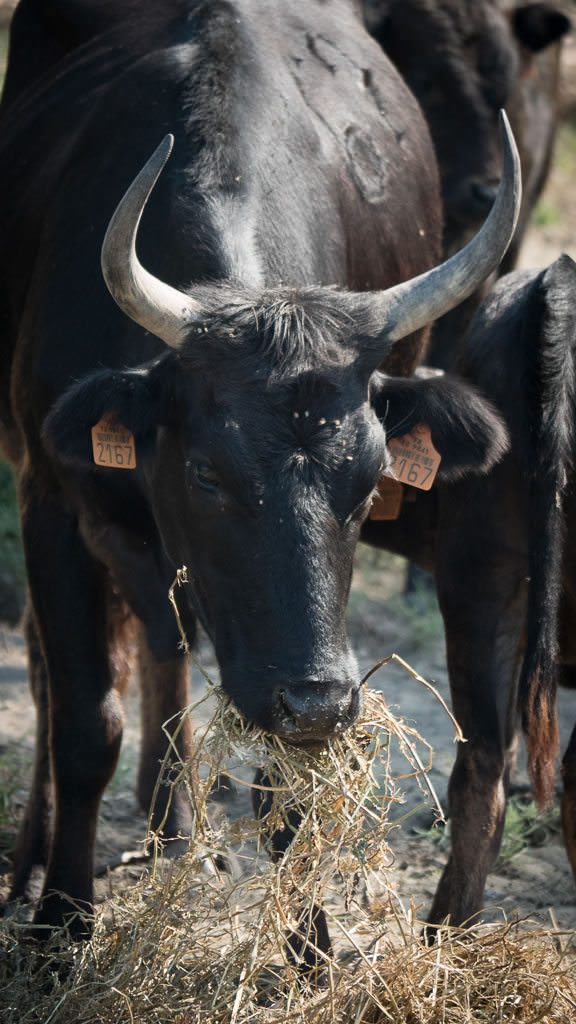 When we returned to Anne-Marie at noon, the tables were once again set up outside for lunch. We had a beautiful afternoon of cruising ahead to reach Sete (pronounced Set). Ready Sete? Here we go. Our transit along the canal was heavenly, with Romain’s good good and glasses of rosé being poured. As I have written each day so far on our voyage: It would be hard to imagine a better day. If only real life were like this. Tomorrow, we head out to explore Sete on a gourmet markets walking tour. 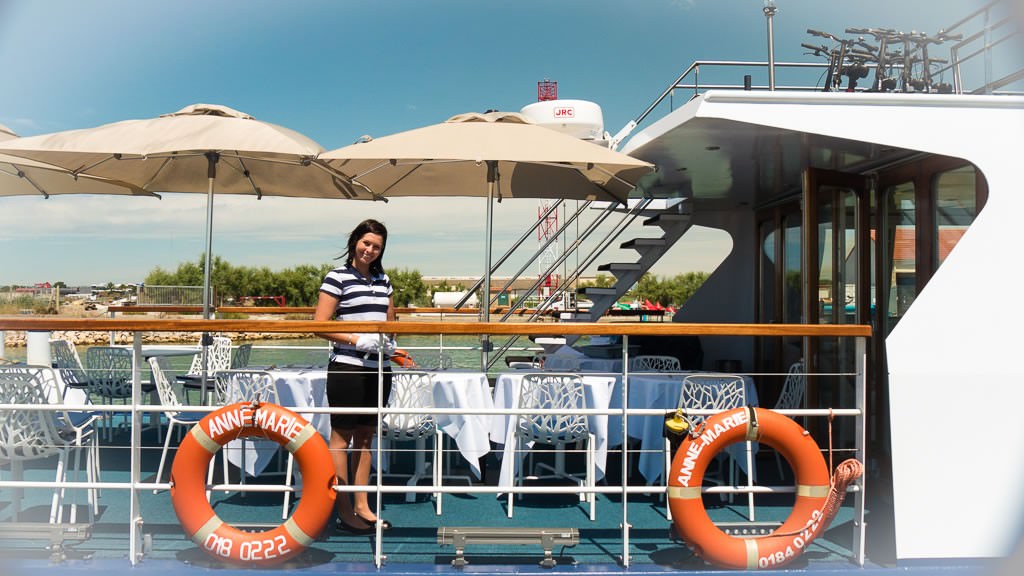