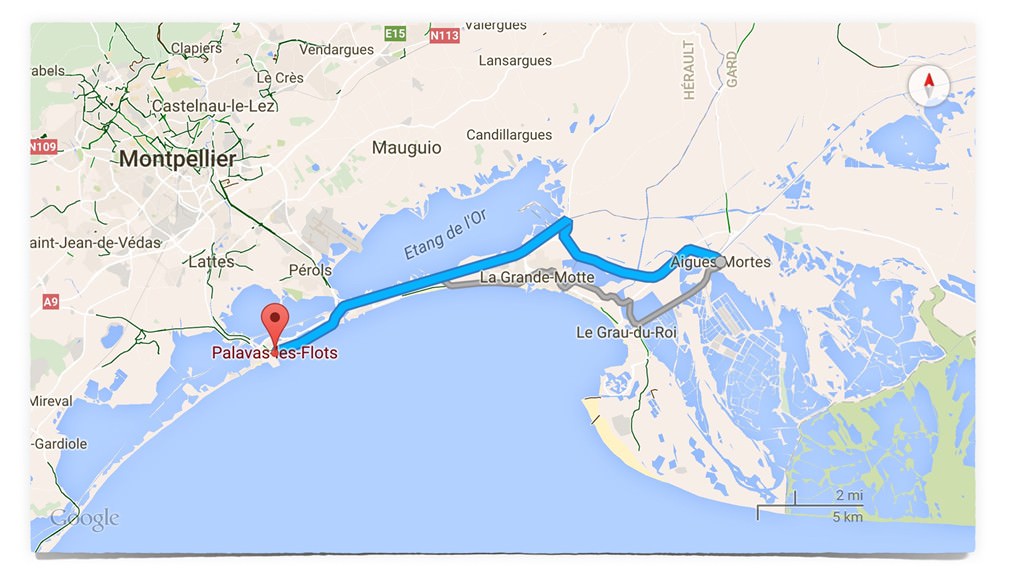 Today, we cruised for 30 kilometers from Aigues-Mortes to Pavalas-les-Flots. © 2015 Ralph Grizzle

My barge trip from Arles to Sete took place on CroisiEurope’s Anne-Marie June 17 through June 26, with pre- and post-trip overnights and activities. This post picks up on day six of our adventure, June 22, when we explored the explored Aigues-Mortes and cruised to Palavas-Les-Flots.

After exploring the Camargue yesterday, I woke up to a still calm on the canal this morning as Anne-Marie had docked overnight in Aigues-Mortes. I peeked outside my stateroom window to reveal a basin of water so flat that it appeared glass-like. The houses on the shoreline reflected in the canal. The canal’s beauty and its gentle rhythm make for easy starts to our days. Here, there is no rush, no pressure. One of our group gave a toast on the first night of our trip that essentially said, “Let’s live in this moment, in the now, together,” and we all seem to be embracing that, enjoying the stillness of time and sense of togetherness on our little Anne-Marie. 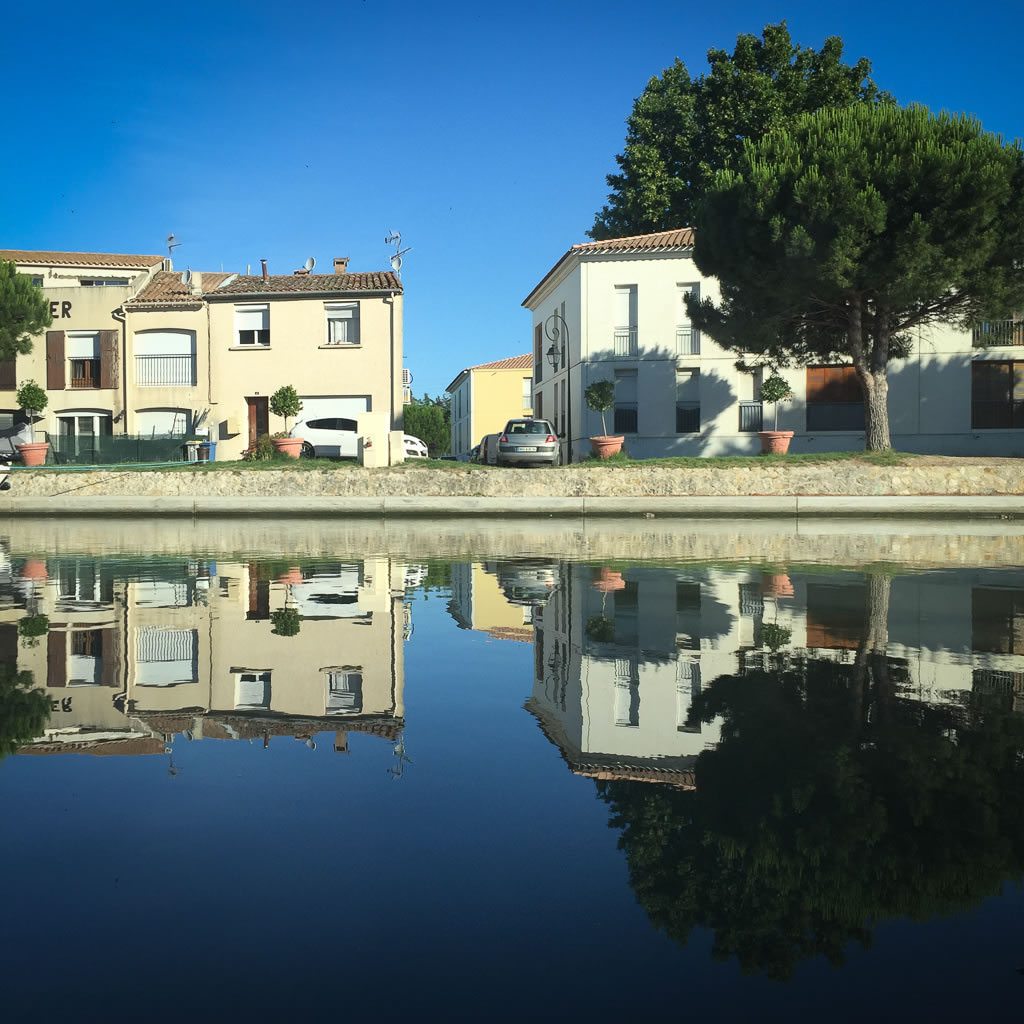 The view from our cabin window this morning. © 2015 Ralph Grizzle

Ahead this morning? Touring Aigues-Mortes with our guide Peggy, then visiting the salt ponds and factory just outside the ancient city walls of the city. 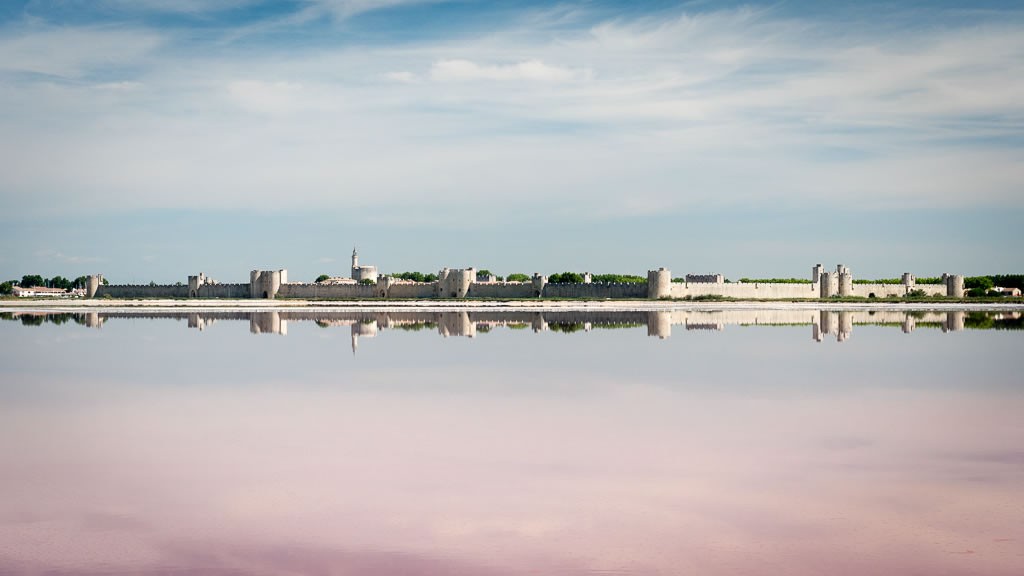 The walled city of Aigues-Mortes reflected in the pink salt ponds. © 2015 Ralph Grizzle

Salt has played a big role in the history of Aigues-Mortes. There has been a salt industry here for more than 2,000 years. The Benedictine monks settled nearby in the 8th century to exploit this valuable commodity in the Peccais Ponds. The salt ponds give Aigues-Mortes its peculiar beauty, with pink ponds reflecting the city walls. 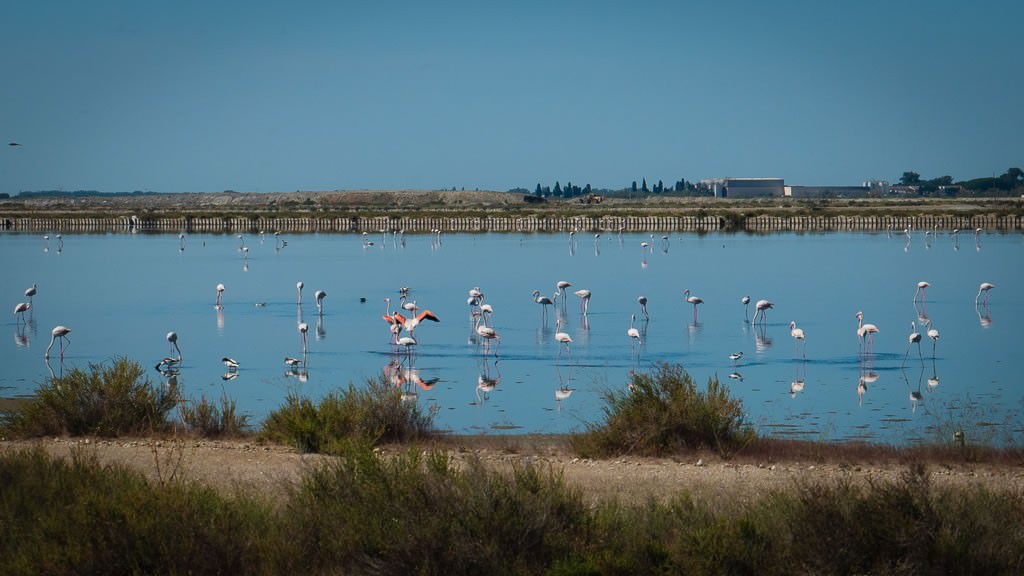 Complementing Aigue-Mortes’ iconic pink waters are the flamingos that inhabit them. © 2015 Ralph Grizzle 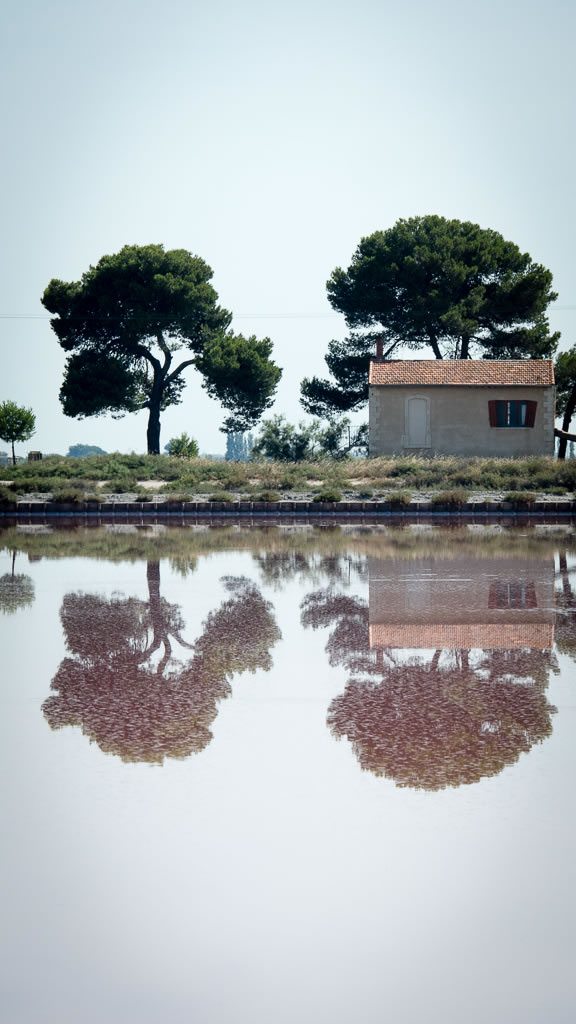 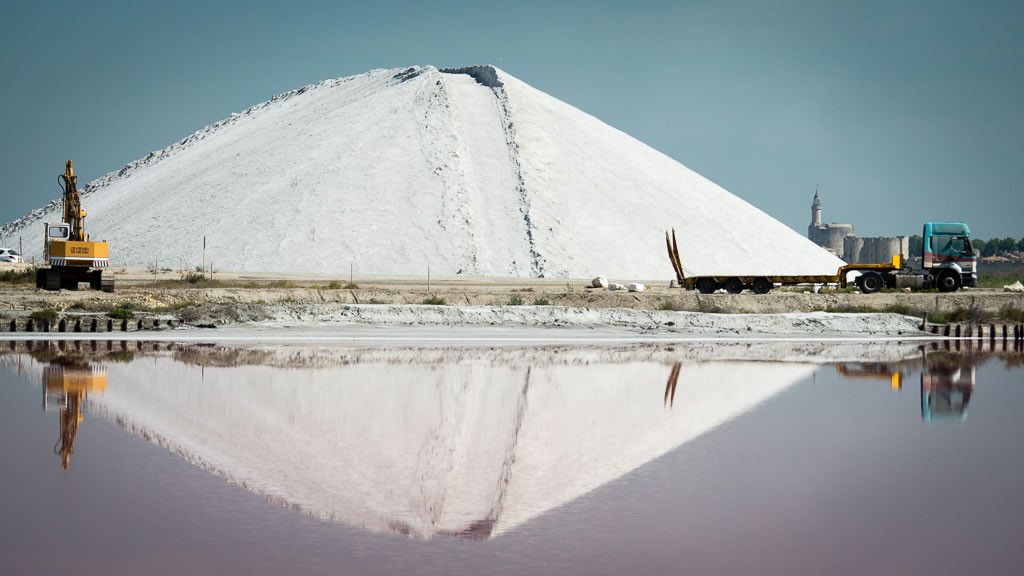 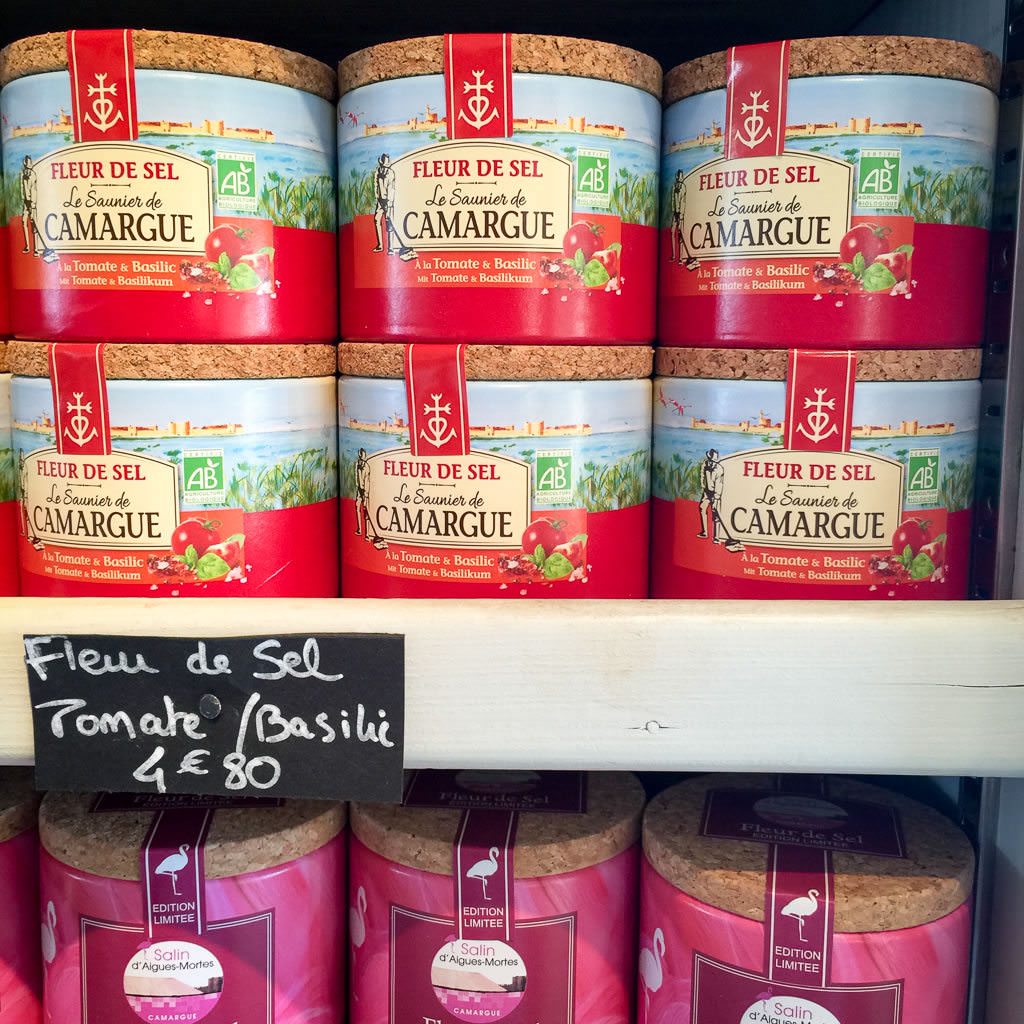 Salt for sale at the salt museum and factory. © 2015 Ralph Grizzle 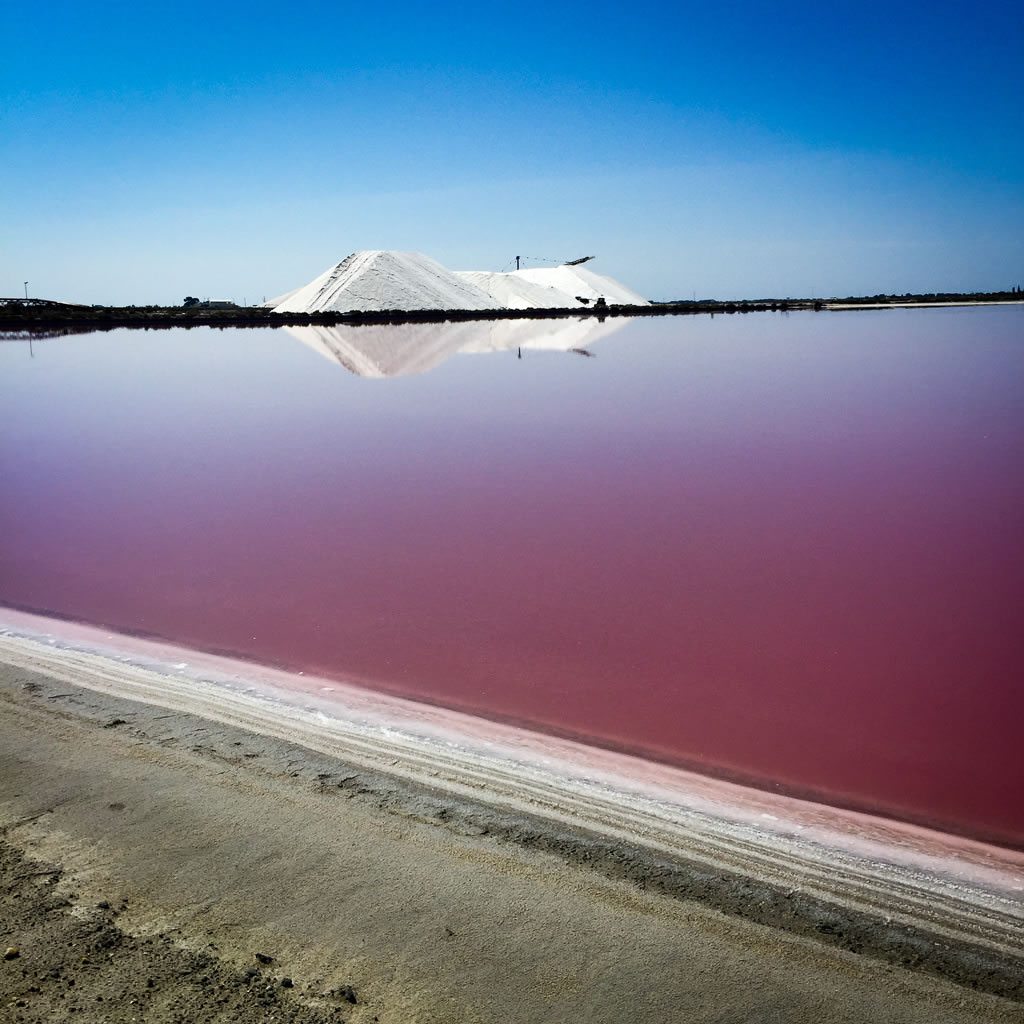 The pink water of the salt ponds. © 2015 Ralph Grizzle

Lunch On Deck While Sailing

Returning to Anne-Marie after our tour of the salt ponds and factory, we saw that the outer deck was set for lunch. The crew has the option of serving lunch indoors or outdoors, and all of us were pleased when conditions allowed us to dine outdoors. Zoltan, our friendly cruise director, welcomed us aboard with a cold fruity cocktail and explained that we would enjoy a regional speciality, similar to Beef Bourguignon (but made with bull) served on quinoa. 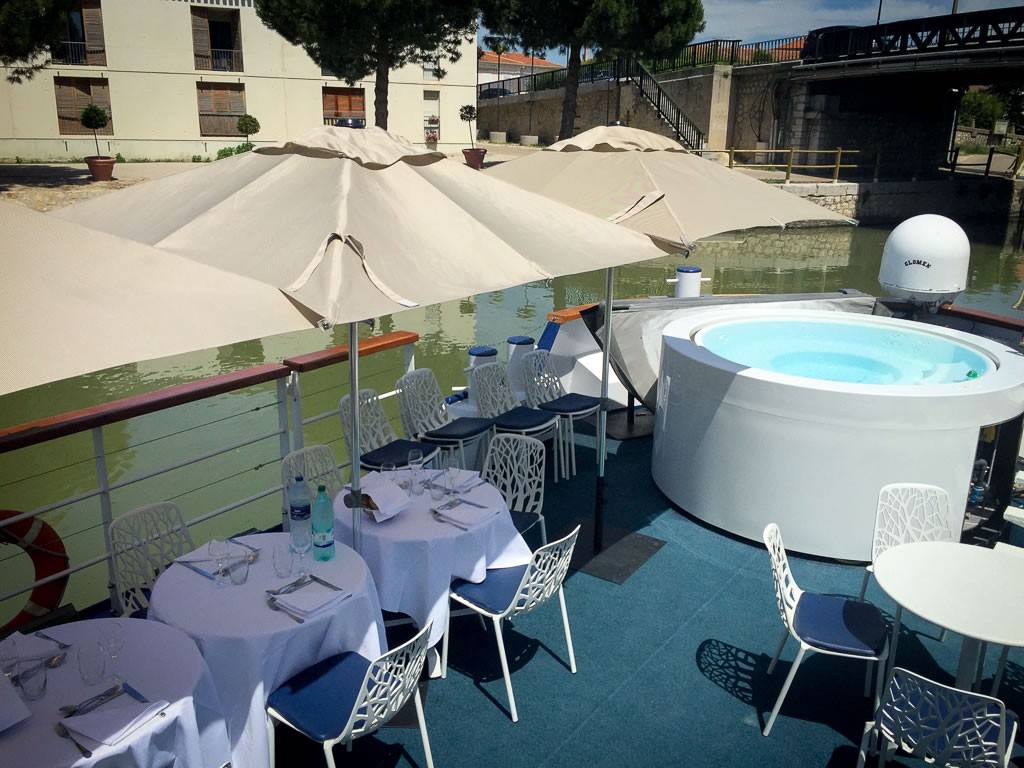 We could not have asked for a more beautiful day as wine was poured and the captain began to maneuver Anne-Marie away from the dock and Aigues-Mortes. Chef Romain’s dish was delicious, and as usual, it was followed by a two-cheese presentation by Zoltan and dessert. 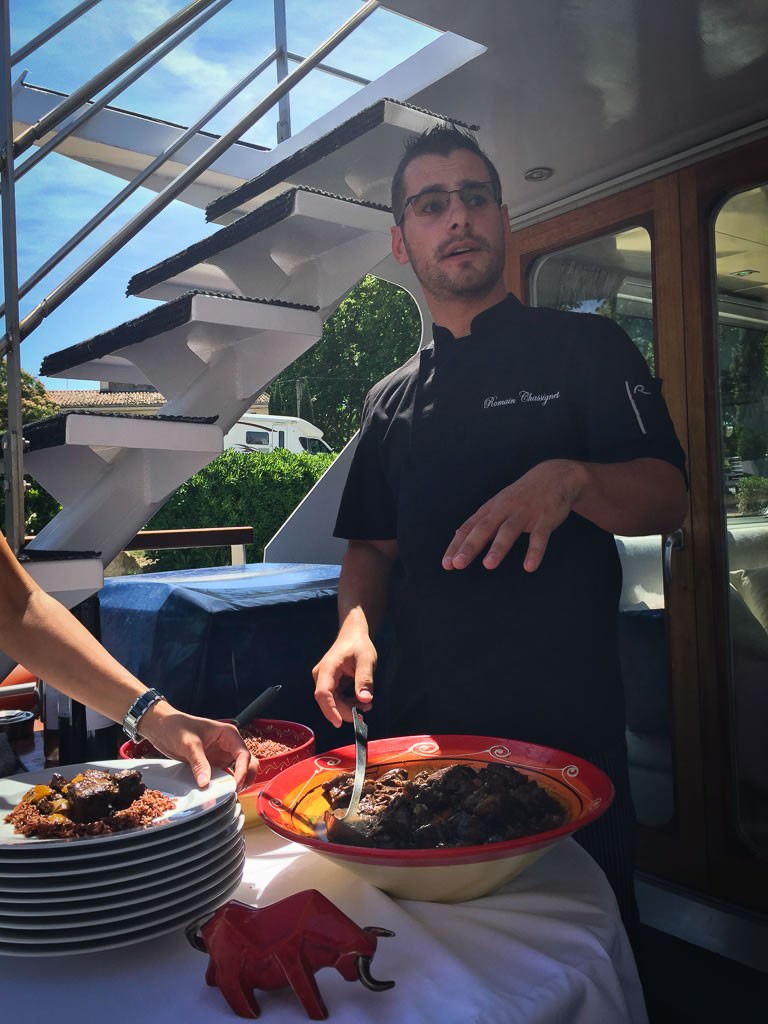 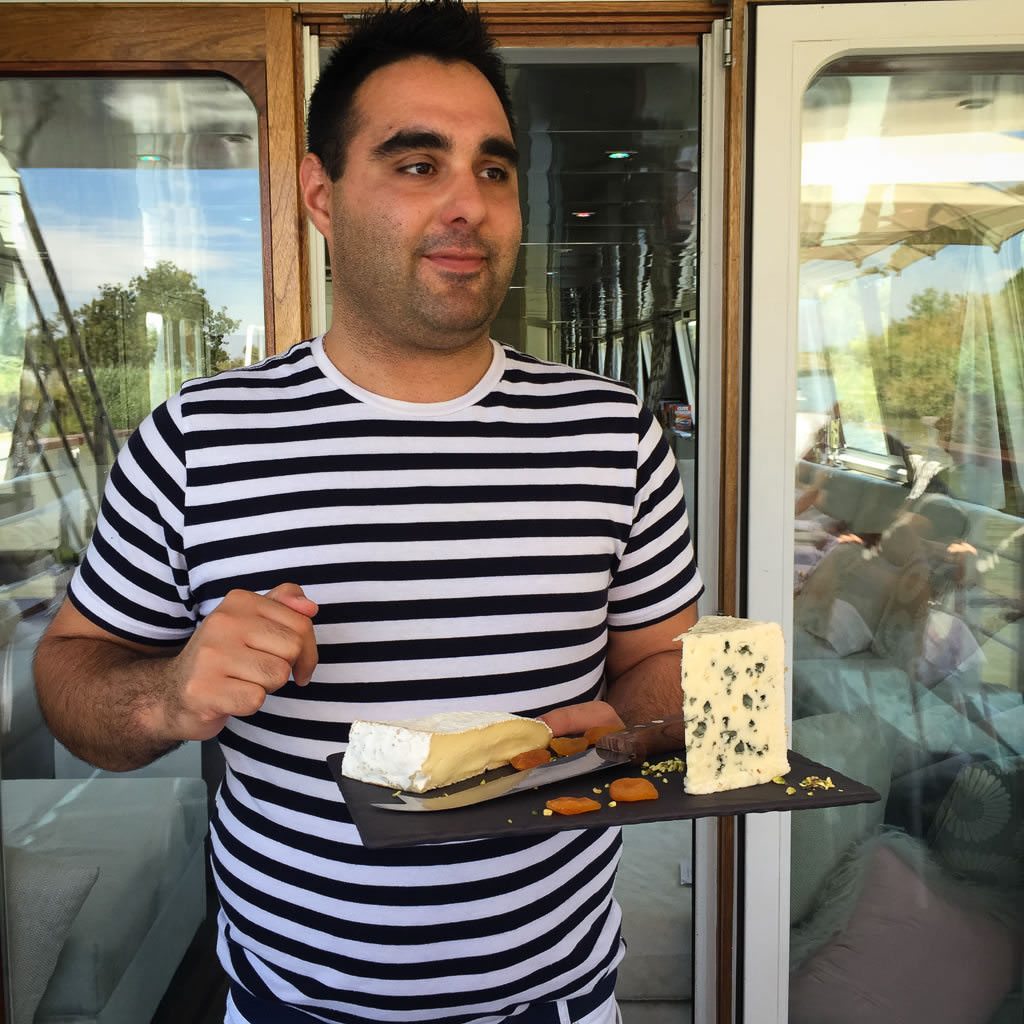 After a pleasant sailing that lasted a few hours, we reached our next docking place on the canal just outside of Palavas-Les-Flots. Once a fishing village that earned its living from nearby Montpellier, Palavas-Les-Flots is now a popular beach resort. Monica and I pedaled to the town center and its beach, a 15-minute ride at most. We were tempted to head up to the Phare Bar. Constructed in what was once a water tower, the revolving restaurant certainly stands out in the city landscape. We skipped the elevator up and continued pedaling our bikes along the beach. It was too nice to be inside, even for a view like the Phare Bar offered. 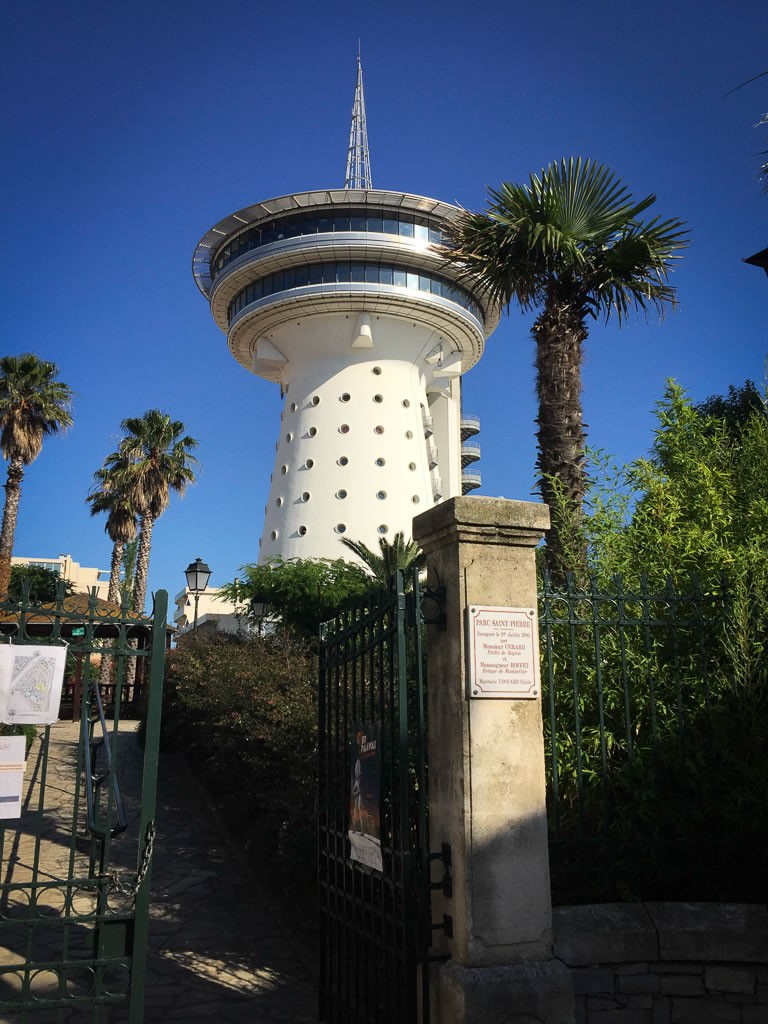 After a few hours of pedaling, we headed back to Anne-Marie, where once again, we had a wonderful dinner, and a dessert that I will not soon forget. 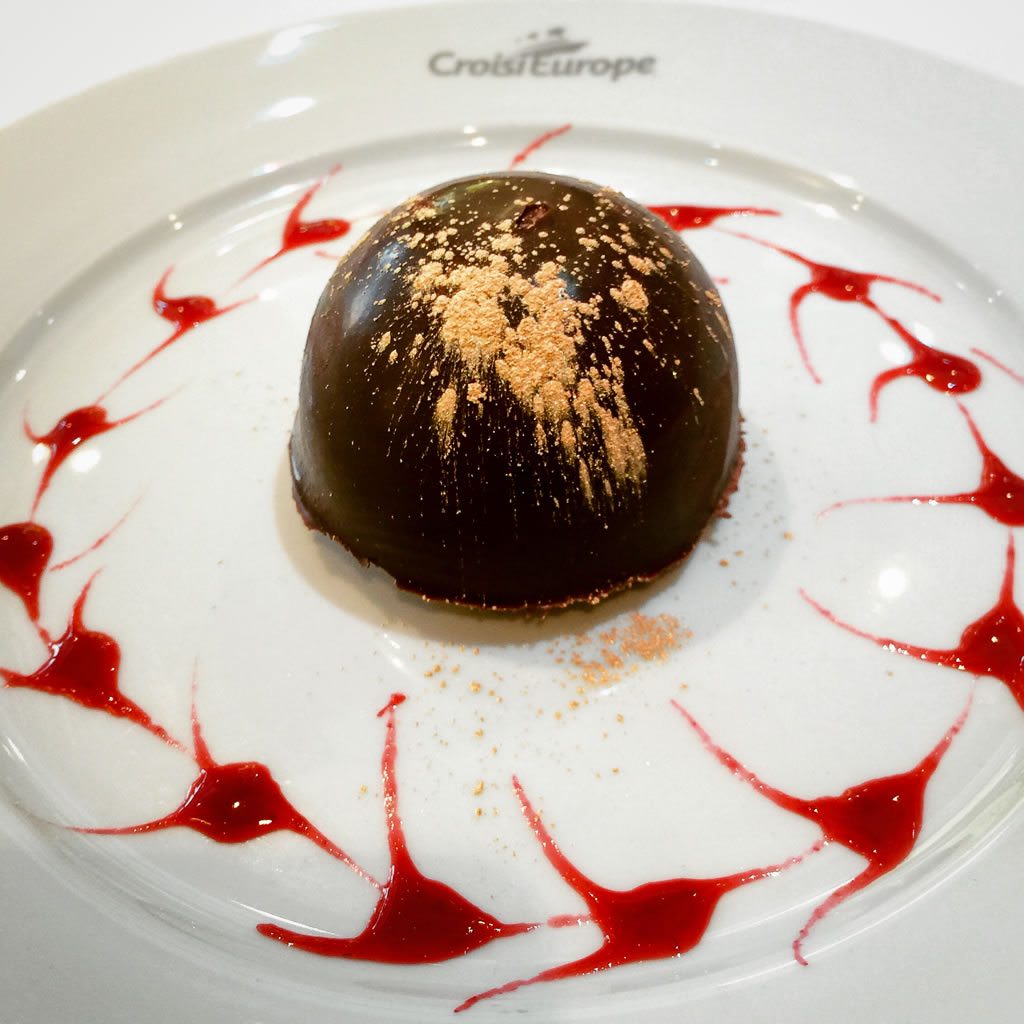 The night was still and peaceful here on the canal, with Anne-Marie docked between the sea on one side and the lagoons on the other. Montpelier twinkled in the distance. We took a long after-dinner walk along the canal, and I pulled out my camera to try to capture the tranquility of the evening. The video below barely does it justice. Tomorrow, another transit along the canal, to Sete.