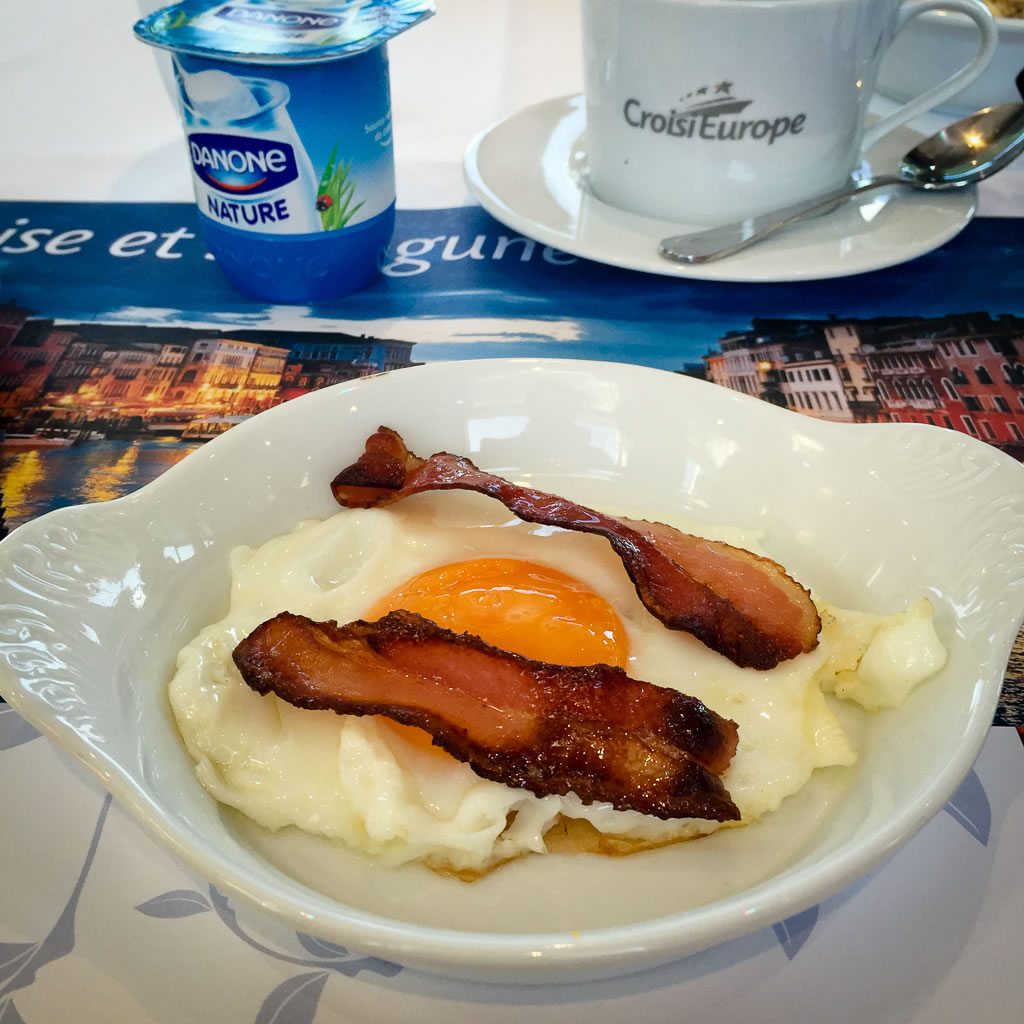 The start of a new day with eggs cooked to order on Anne-Marie. © 2015 Ralph Grizzle

My barge trip from Arles to Sete took place on CroisiEurope’s Anne-Marie June 17 through June 26, with pre- and post-trip overnights and activities. This post picks up on day five of our adventure, June 21, when we explored the Camargue and cruised to Aigues-Mortes.

After a beautiful sunset last night in Gallician, our morning aboard Anne-Marie started with breakfast, followed by an included excursion to the Camargue. As the largest river delta within the entire continent of Europe, the Camargue is wrapped within both arms of the Rhône river and hugged by the Mediterranean sea in the south. So abundant is the nature here that UNESCO named the Camargue a World Heritage Site, as well as a biosphere reserve, in the hopes of protecting its incredibly delicate ecosystem, especially within its natural park, the Parc Naturel Régional de Camargue. 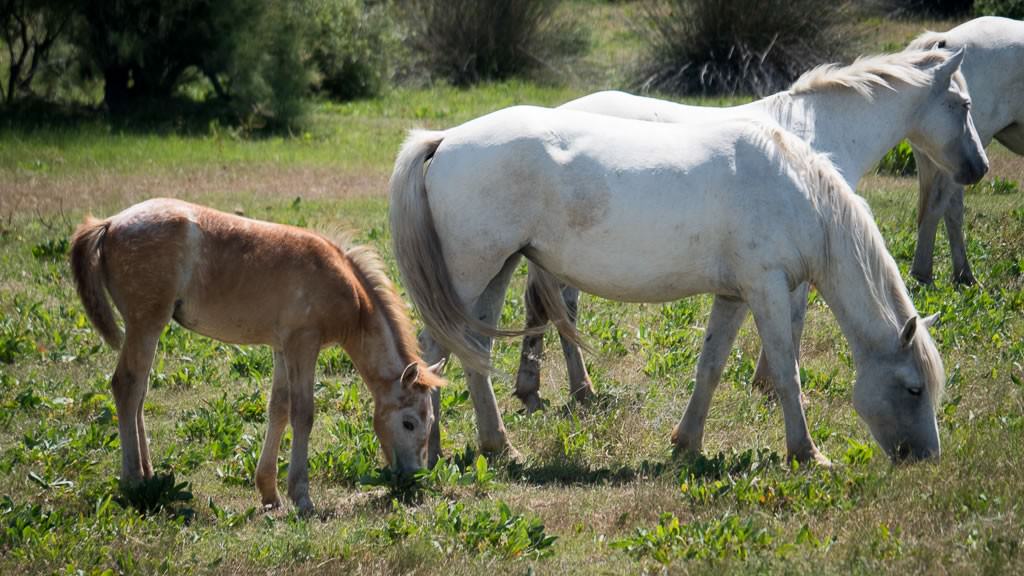 We saw Camargue horses on our drive today. © 2015 Ralph Grizzle

One of France’s most beautiful natural landmarks, the Camargue is dotted with rich marshland, lakes, ocean coastline, sandbars and gorgeous lagoons that make for some of the country’s most incredible natural fluvial landscapes. We traveled through the Camargue for about 45 minutes in the direction of Sainte-Marie-la-Mer. Along the way we passed pastures where we saw the majestic white Camargue horses grazing. Nature is in rich abundance here. The region also is known for its hundreds of species of birds, which include the beautiful flamingo species only found in certain areas in Europe. At one point during our drive, our guide Peggy instructed the driver to pull over so that we could photograph storks, their nests up above us. 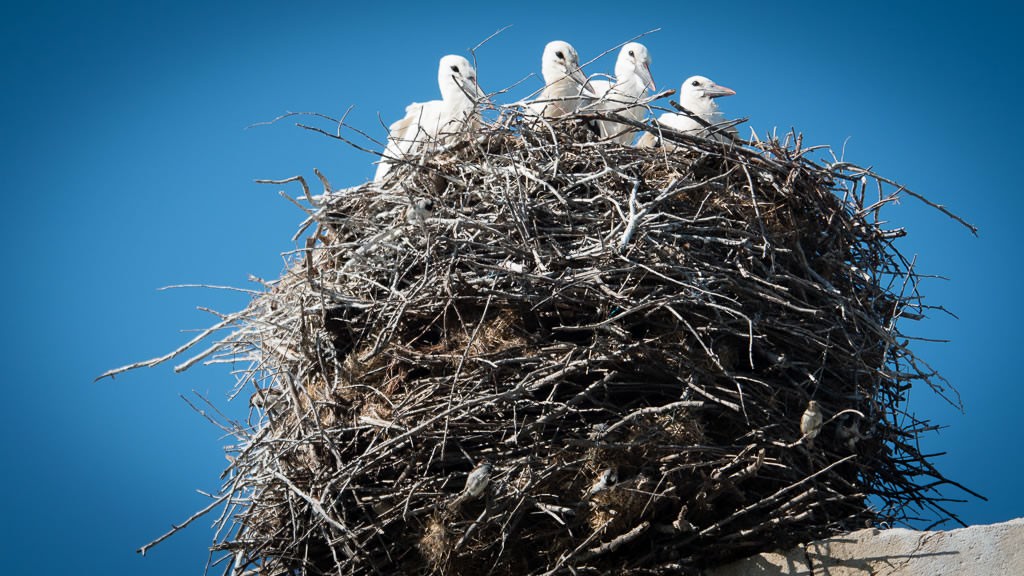 Nesting storks, a typical sight in the Camargue. © 2015 Ralph Grizzle

We arrived in Sainte-Marie-la-Mer, a quaint little beach town that is popular for tourists on summer holiday. For most of the year, Sainte-Marie-la-Mer is fairly quiet. The majority of the inhabitants are farmers, fishermen and ranchers. In the summer months, the town’s population swells from 4,000 to 20,000. The summer residents love to spend their time at the beautiful beaches, often in small wooden cabins on the sandy landscapes. 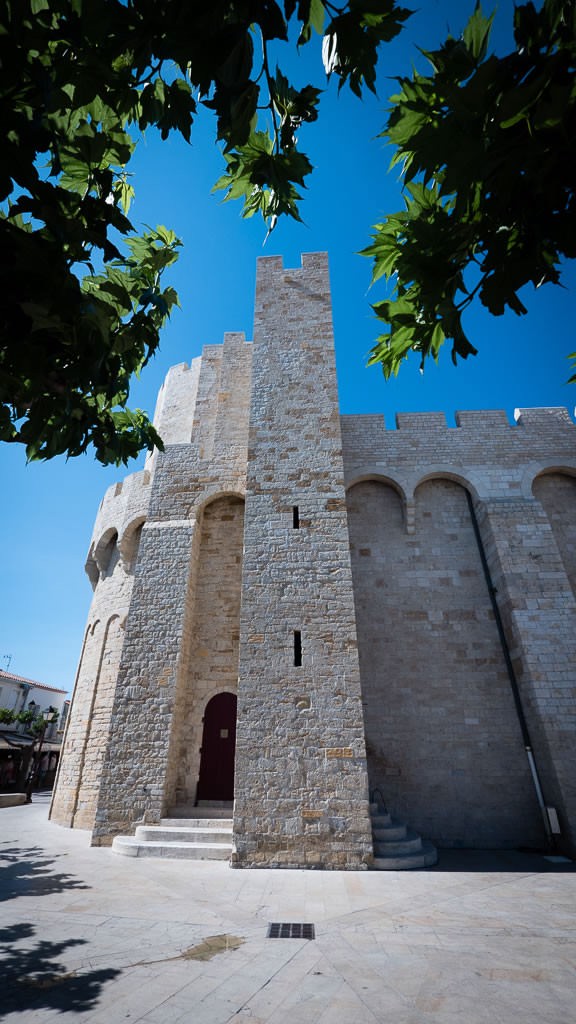 We visited the Church of Notre-Dame-de-la-Mer, a fine example of Medieval architecture, and one of the most iconic landmarks in Sainte-Marie-la-Mer. Popularized by the legend of the landing of the “Three Marys” on the Camargue coast, the church is thought to have been built on the site where the Phoenicians erected a temple to Artemis. 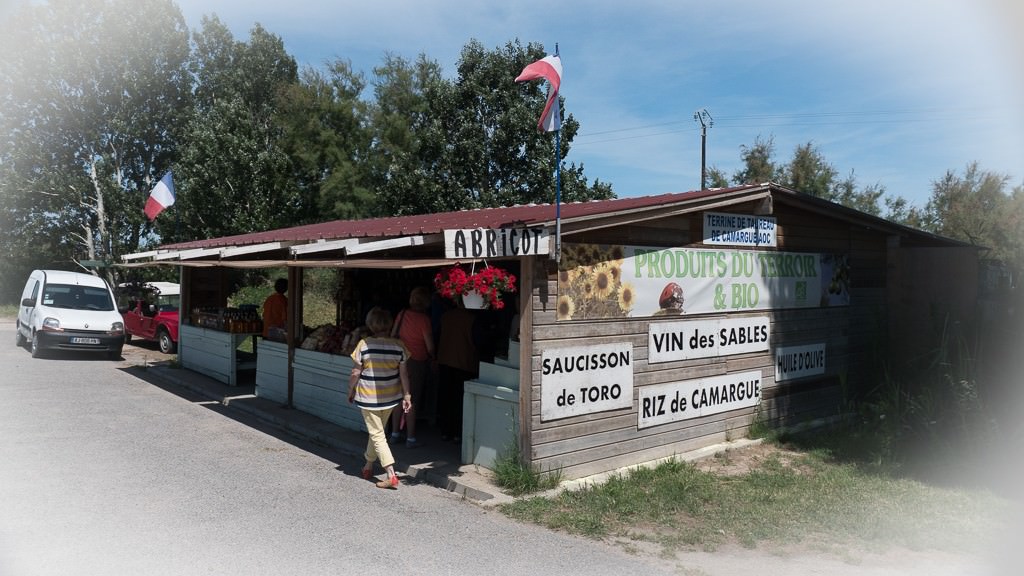 On our way back to the barge, we stopped at a small shop that sold local goods, such as the local wine, herbs and … © 2015 Ralph Grizzle 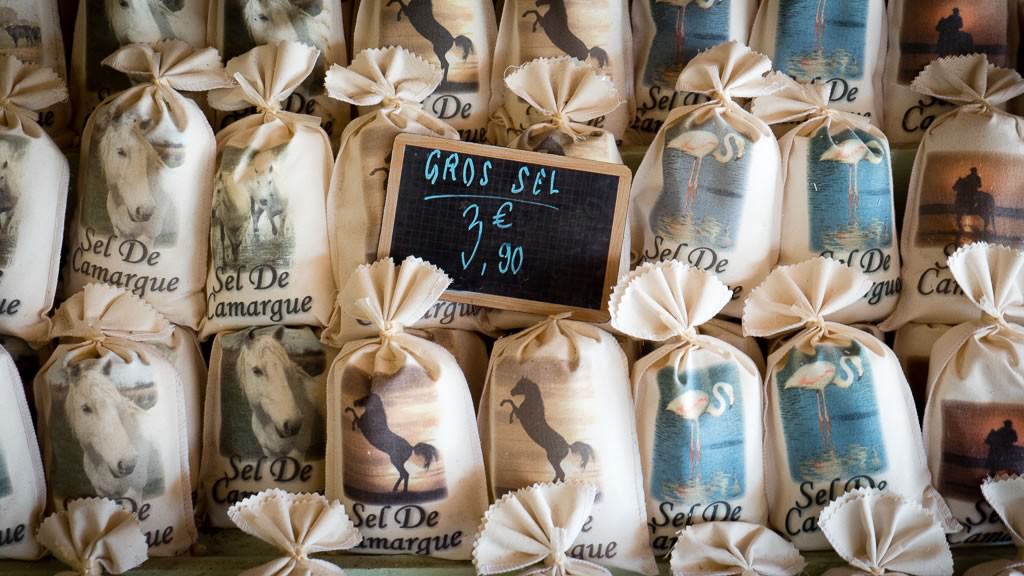 … varieties of sea salt from the Camargue region. © 2015 Ralph Grizzle

Back On The Barge, Next Stop, Aigues-Mortes

Back on board Anne-Marie, our excellent chef Romain Chassignet surprised us with a barbecue. We’d be dining outdoors as we made our way along the canal to Aigues-Mortes (pronounced eggmon). 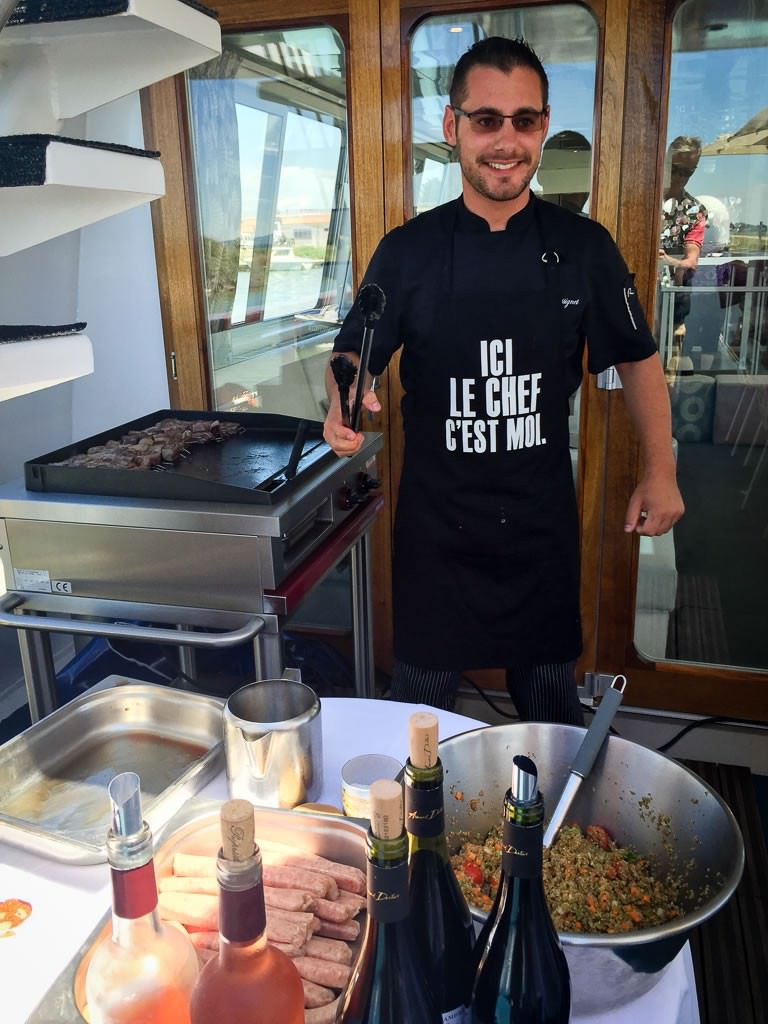 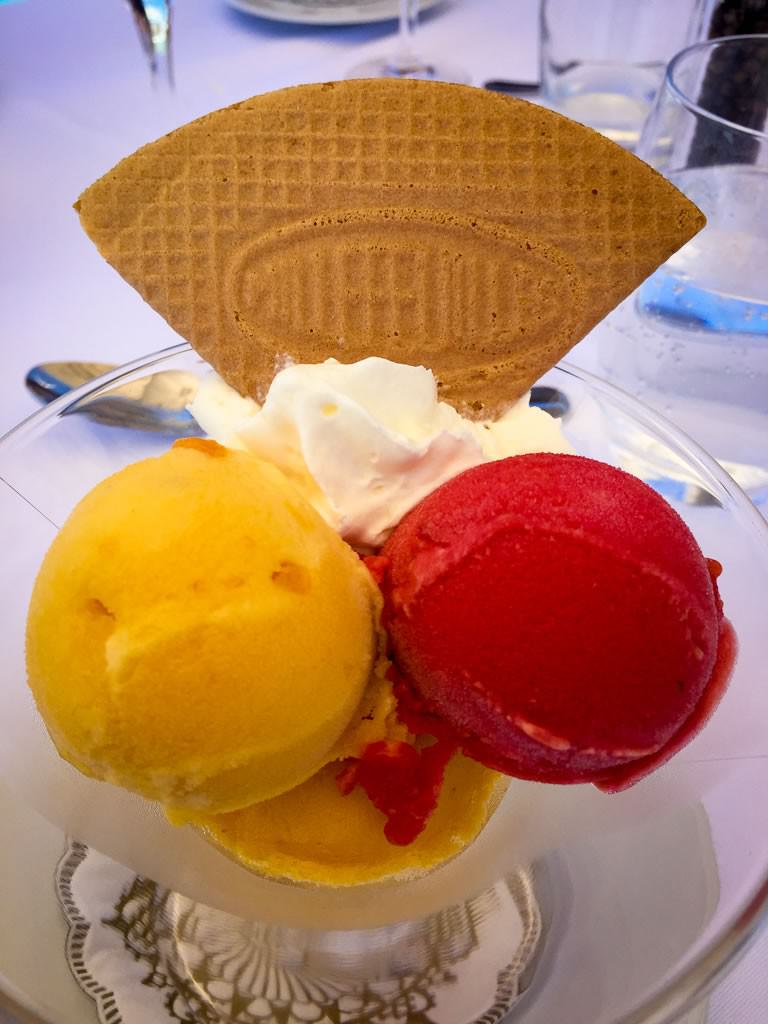 After a couple hours of sailing, we reached Aigues-Mortes. The name of this Medieval town translates to “dead waters.” Aigues-Mortes is surrounded by salt marshes, and having once been on the Mediterranean coast (a position that has changed over time), the town has been a salt-mining commune for thousands of years. We will visit the salt mines and marshes tomorrow. They draw visitors from all over the world because of their iconic pink waters, and the flamingos that inhabit them. 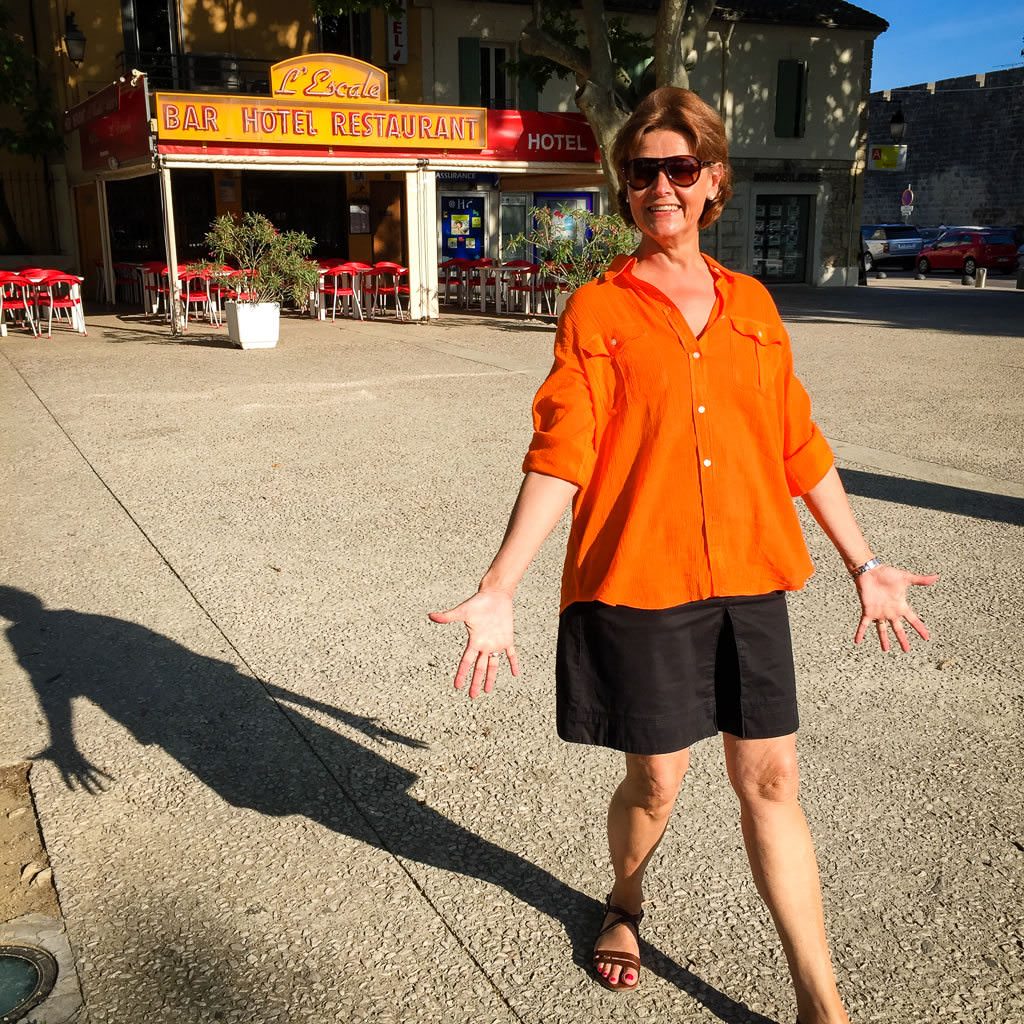 This town has largely preserved its Medieval structure and architecture. From outside, we admired the well-preserved walls that surround the town. Aigues-Mortes was also one of the few places in France where Protestants could live in safety after the Edict of Nantes.

Aigues-Mortes’ historical importance is evidenced in the structures it has kept intact. The Tower of Constance, for example, was built during the 13th century in the same place that Charlemagne himself had built a guarding tower. The tower stands above the city as a beacon of power and safety and is probably one of the most iconic historical landmarks in the entire Languedoc-Roussillon region. The Carbonnière Tower and the Église Notre-Dame des Sablons are also some of the town’s most important landmarks. The entire commune, however, is a historical landmark that no history, architecture or culture lover should miss. 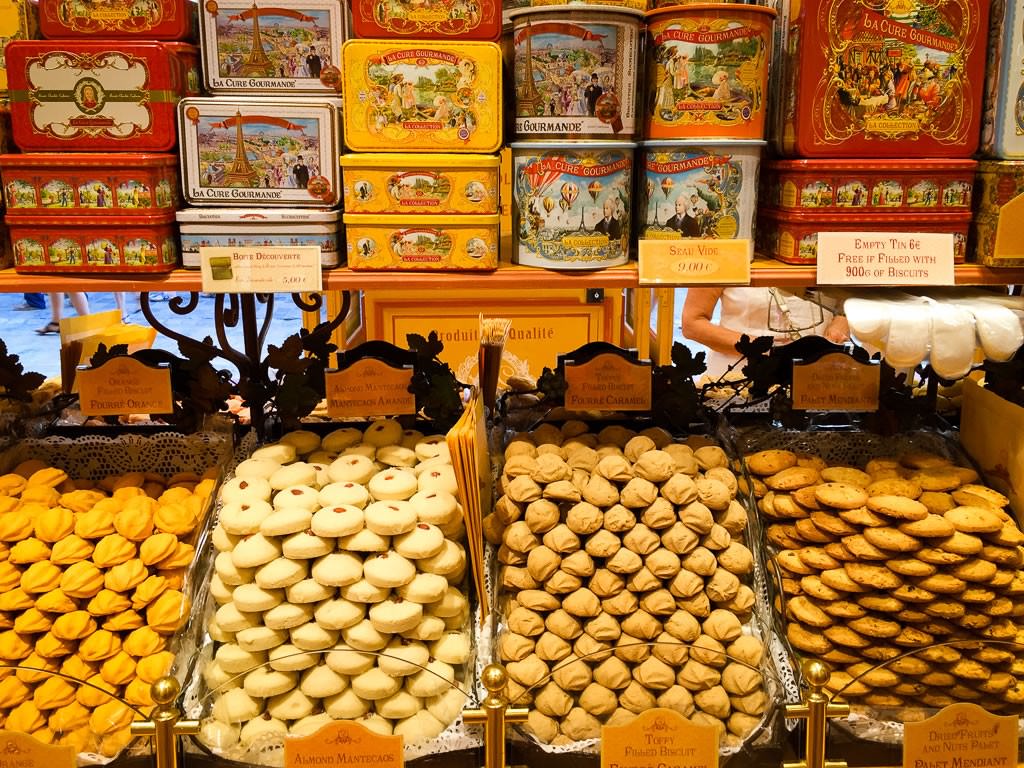 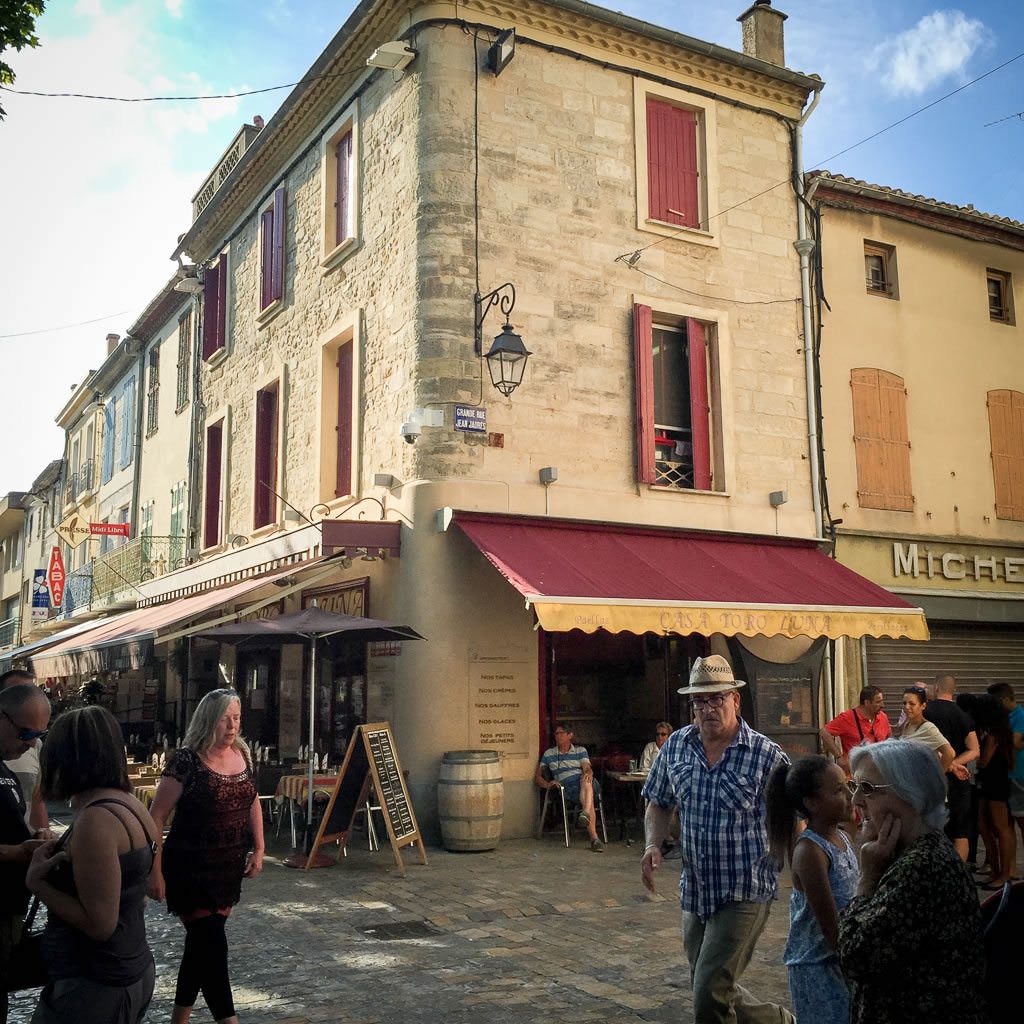 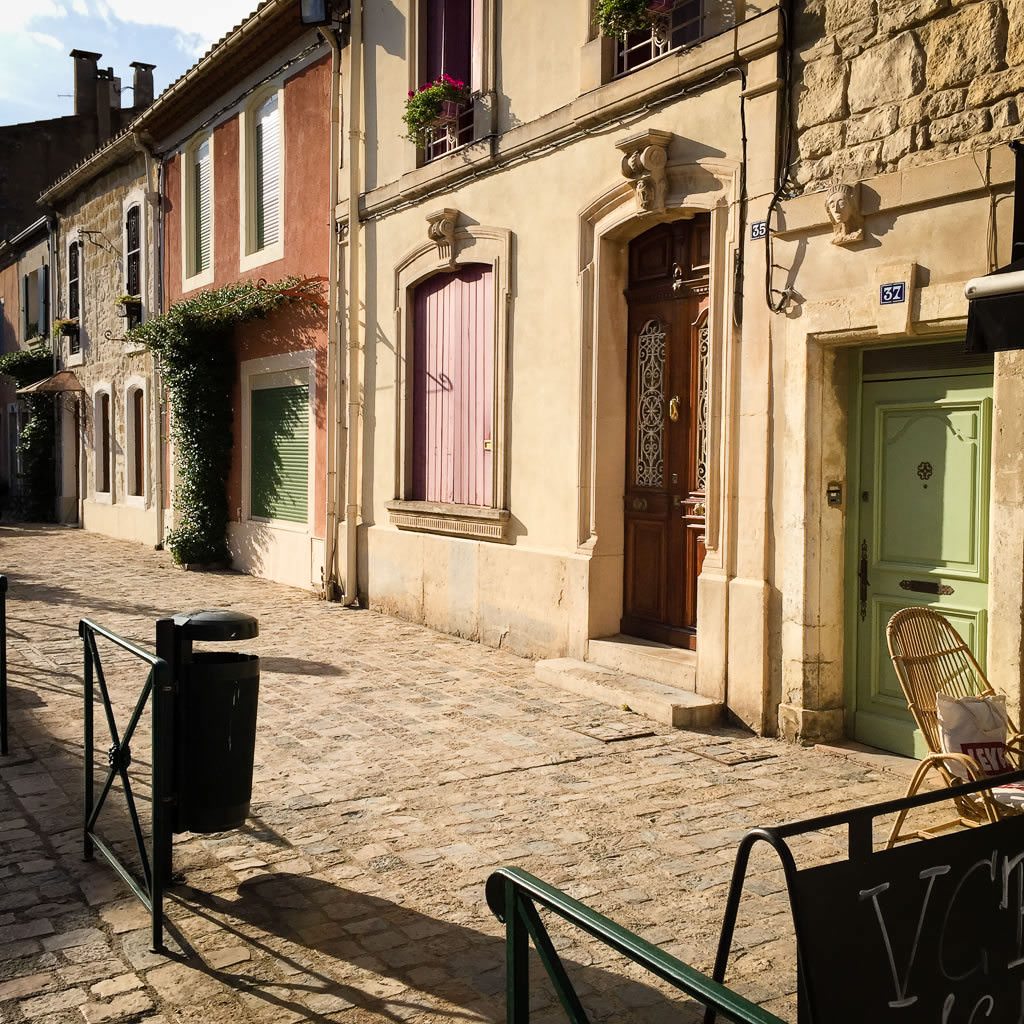 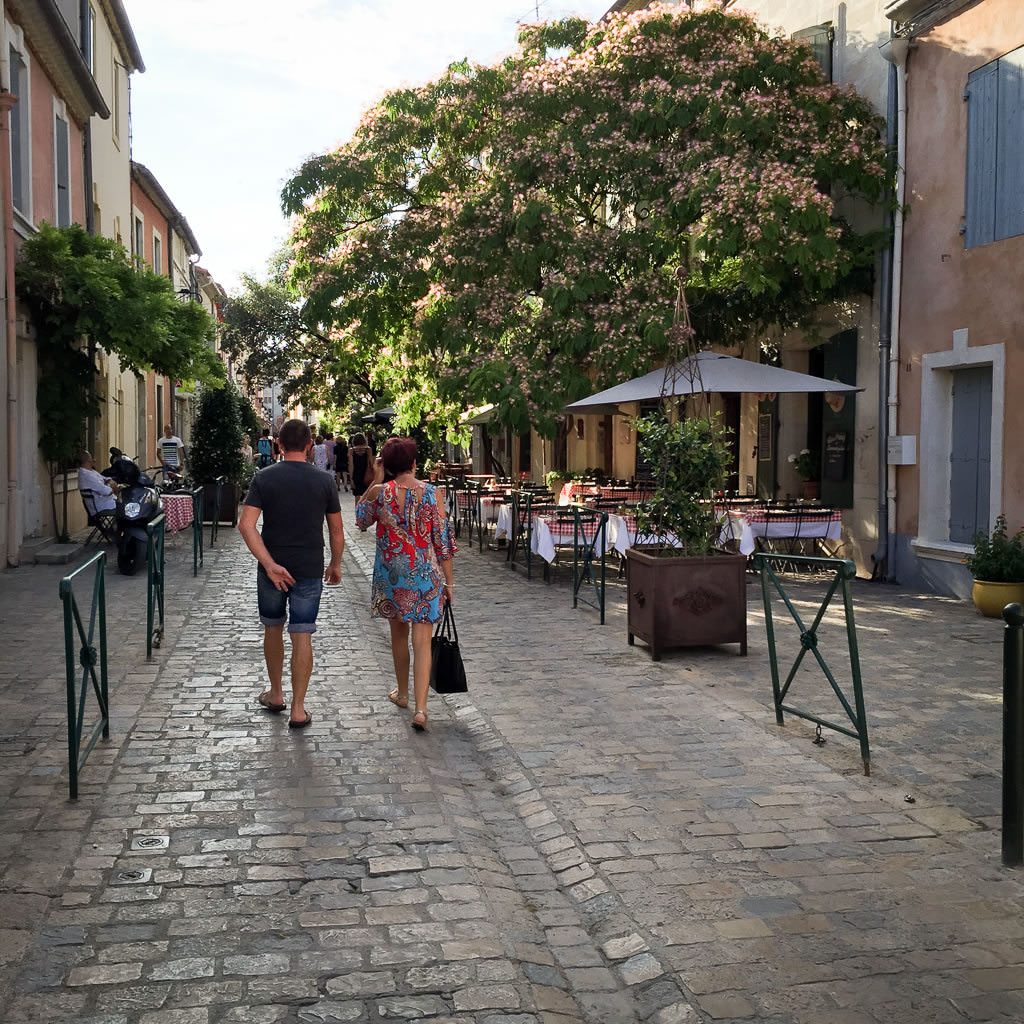