It’s all coming together: your dream river cruise vacation to Europe is booked. The stateroom has been picked; the hotels are confirmed. All you need now are your flights. But when you get your airfare schedule back from your travel agent, there’s just one teensy thing. It nags at the back of your mind, but you push it away: after all, the price is right. The departure times are good, and it’s on an airline you like.

But can you really make that 90-minute connecting flight in Frankfurt? 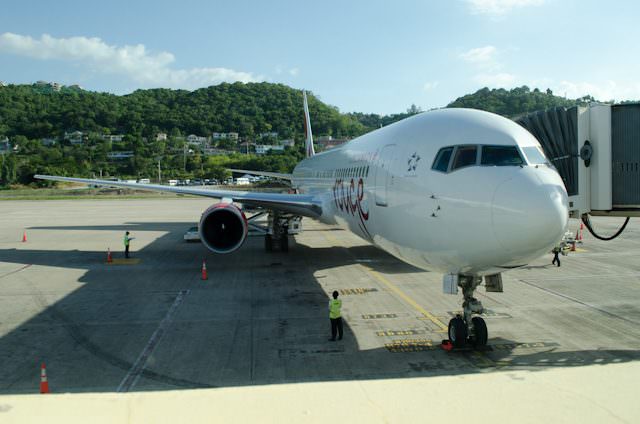 Where’s My Plane? Making your connecting flight can be more challenging than it appears. Photo © 2014 Aaron Saunders

Here at River Cruise Advisor, we fly a lot. And after going back and forth between North America and Europe well over a dozen times per year, you start to learn a few things about international air travel. The biggest lesson? Just because a connection is legal doesn’t mean you’re actually going to make your connecting flight.

There are a lot of factors at play here. Take Amsterdam’s Schiphol Airport, where connections can be as little as 55 minutes from a Schengen-zone country to an international destination. If your arriving flight is on time, and if you get lucky enough that your gates are reasonably close together, you can make your flight. You don’t have time to grab a coffee or a newspaper, but you can do it.

If, however, that incoming flight is even 15 minutes late, your options start narrowing. Remember, many airports and airlines use the time the plane’s wheels hit the tarmac as the published “arrival” time – despite the fact that you could be taxiing for the next 10 minutes to a remote stand, where you’ll have to board a bus, then endure a five-minute drive to the terminal.

So what do we recommend? It’s unscientific and based on our own experiences, but when transiting through major European airports, here’s what we’re looking for: 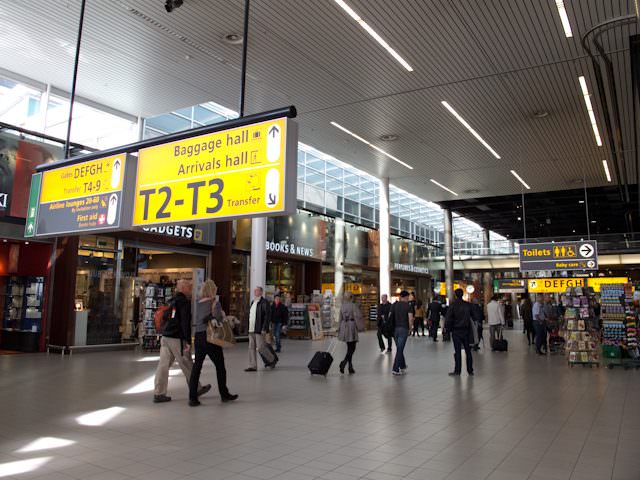 Amsterdam Airport Schiphol: big, clean, easy to get around. Watch out for the Polderbaan, though! Photo © 2013 Aaron Saunders

Amsterdam’s Schiphol Airport is one of our favorite airports in Europe to connect through. It’s clean, modern, easy-to-navigate, and staffed (usually) by friendly Dutch citizens who are only too eager to help get you on your way.

Where Schiphol falls apart is down to pure luck. If you’re unlucky enough to land on the Polderbaan – Schiphol’s longest runway – you’ll enjoy a refreshing 15 to 20-minute taxi to the gate. Those 15 to 20-minutes aren’t typically included on your flight time, so if you have a 60-minute connection, congratulations! You now have 40 minutes to make your next flight.

Once you do reach your gate, prepare for a surprise: security is set up at each gate for flights departing to non-Schengen destinations. That means that Starbucks Coffee that you just barely had time to buy and were looking forward to enjoying on the flight has to go straight into the trash. Also beware of purchasing any duty-free items at Schiphol; we’ve seen security screeners seize entire bags of liquor and perfume purchased at Schiphol simply because the clerk forgot to add the receipt to the sealed bag. Even if you have the receipt on you: the entire thing goes in the bin.

As long as you don’t land on the Polderbaan and haven’t bought any duty-free, Amsterdam is an easy 90-minute connection. But we’d avoid those 60-minute wonders. 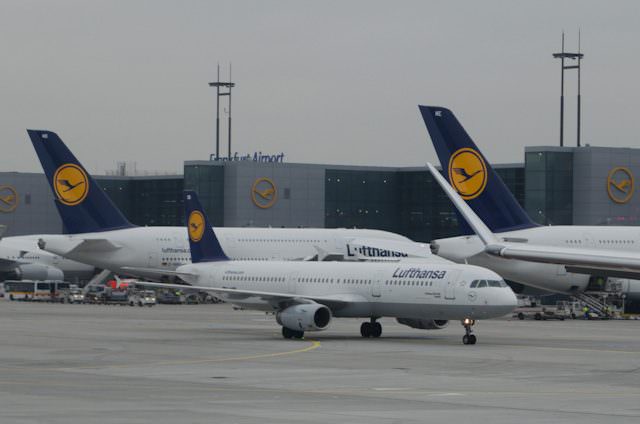 Frankfurt: a major hub for Lufthansa and one of the busiest airports in Europe. Photo © 2013 Aaron Saunders

Much of the experience at Frankfurt Airport depends on where your flights arrive and leave from. If you’re lucky enough to get a gate on both ends (and no remote stands where you have to board a bus and transfer to the terminal), you can connect in as little as an hour. But we’ve had more than enough experiences racing through the airport on a 90-minute connection where both aircraft arrived and departed perfectly on time to know that 90 minutes isn’t nearly enough for some destinations. On several occasions, I only made my connecting flight to North America because it was significantly delayed.

Our advice: try a two-hour connection to ensure you don’t arrive at your gate sweaty and breathless.

London Heathrow – At Least Two Hours – The Longer, The Better 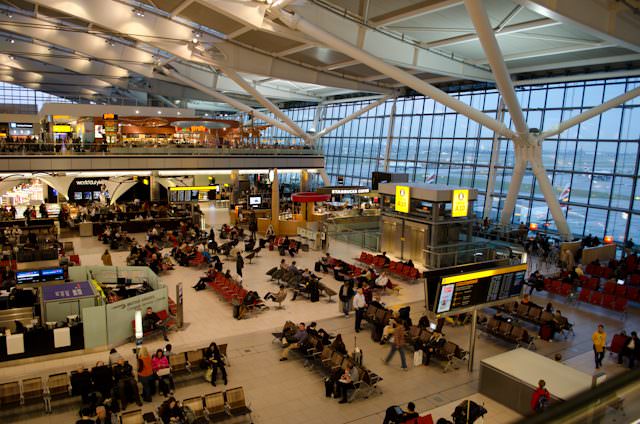 Ah, London Heathrow. The busiest airport in Europe and the third-busiest in the world is a sprawling, poorly-connected monster. It’s also an airport that is dramatically improving bit by bit, year by year. Terminal 5, utilised by British Airways, is an oasis compared with what connecting in Heathrow used to be – but even then, you can expect long lines at passport control and security, plus an additional 10-15 minute walk to Terminal 5’s satellite terminals.

For Terminal 5, 90 minutes is usually sufficient – though don’t expect to do any window shopping or stop for the bathroom. On average, we’ve ran to three out of four flights that had a 90-minute connection within T5, arriving – you guessed it – sweaty and breathless. Two hours gives you much more wiggle room.

For Heathrow’s new T2, 90 minutes is sufficient – though again, two hours ensures that you’re protected from most incoming delays.

Should you have to change terminals – two hours will be barely sufficient. For any terminal change, I wouldn’t be comfortable with anything less than three hours, as your journey will involve a bus, a train, or a significant amount of walking.

The longer your layover at Heathrow – the better.

Paris Charles de Gaulle (CDG) isn’t that bad an airport to connect through – if you’ve been there a few times. For the first-time flyer, however, the airport’s curved layout can be absolutely baffling, and most travellers will lose time simply trying to figure out where they need to be in the first place.

I’ve had wonderful experiences in CDG where I’ve made my plane on a 90-minute connection with time to spare – and I’ve also had two hour connections I’ve nearly missed because of gate changes, congestion, or both.

Paris may be the City of Love, but CDG is one of those airports that doesn’t get a lot of love from travellers who have been through here and have been burned on their connections. Arm yourself with a map of the airport (available online or in your in-flight magazine if you’re flying KLM or Air France) and you’ll give yourself a sporting chance.

Munich Airport is like the symbol of good, German efficiency. As long as you’re flying on a Star Alliance carrier like Lufthansa.

The Star Alliance terminal at Munich Airport is remarkably efficient – so much so that I made 60 minute connection with enough time to have a pint of beer and a warm, salted pretzel before my on-time flight even boarded.

If you’re flying a non-Star Alliance airline like Delta or KLM, well….your terminal is not nearly as nice, and doesn’t sport many of the advanced technological features that zip travellers through the Star Alliance terminal as easily. So split the difference and give yourself between 70 and 90 minutes for best results.

Do you have any tips for connecting in international airports? Let us know by using the comment form below!