It’s no secret that Europe’s Christmas Markets rank among our very favorite river cruises to take each year. The combination of Holiday spirit and old-world charm makes visiting Europe in late November and early December an absolute win-win, particularly given that the summer crowds that clog streets, museums and attractions have long since dispersed. 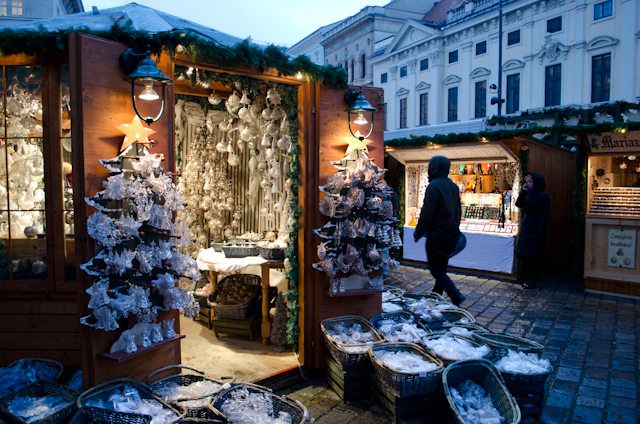 Avalon Waterways recently announced its 2016 Christmas Market River Cruises, offering up some old favorites along with an exciting new 17-night itinerary that will give travellers the opportunity to sail the Rhine, Main and Danube rivers on a single voyage.

Departing December 3, 2016, this 17-day Christmastime cruise aboard the Avalon Tranquility II begins in Zurich, Switzerland, where guests can choose an optional pre-cruise stay or elect to transfer straight to the ship in the nearby town of Basel. 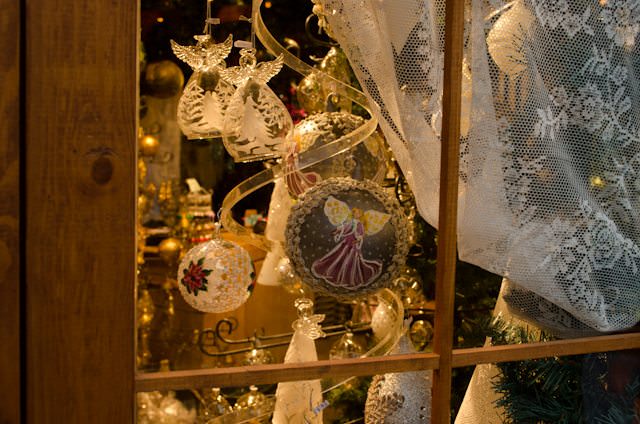 From there, Avalon Tranquility II will chart a course for some of Europe’s most historic and influential cities, along with some of its most beautiful and unassuming little towns. While cities can (and often do) have multiple Christmas Markets, towns and villages will often have just one – albeit a quaint and cozy one. Our personal favorite Christmas Market exists in Avalon Tranquilty II’s first port of call: Breisach, Germany, where the local Christmas Market is but a few stalls in size. Still, the best Gluhwein (hot, spiced mulled wine) we’ve ever had was in Breisach. 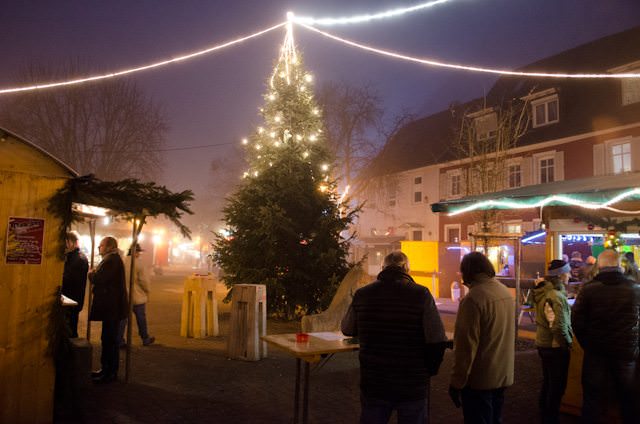 While plenty of these cities and towns are wonderful during the summer months, nothing can compare with strolling (or pushing) through Nuremberg’s crowded-but-historic Christmas Market, located in the town center Hauptmarkt. It’s one of the largest – and busiest – Christmas Markets in Europe, and for good reason: The history of this particular market runs back centuries.

Also noteworthy is the so-called “Romantic Christmas Market” in Regensburg at Schloss Hof, the palatial home of the family Thurn und Taxis. It’s an easy ten-minute walk from the cruise piers, and costs only a few euros to enter. It’s romantic, 17th century atmosphere, coupled with a variety of goods that just don’t exist in Regensburg’s nice-but-modern Christmas Market, makes Regensburg a real winner during the festive Holiday Season. We usually like to double-down on the markets here, visiting both in a single day. 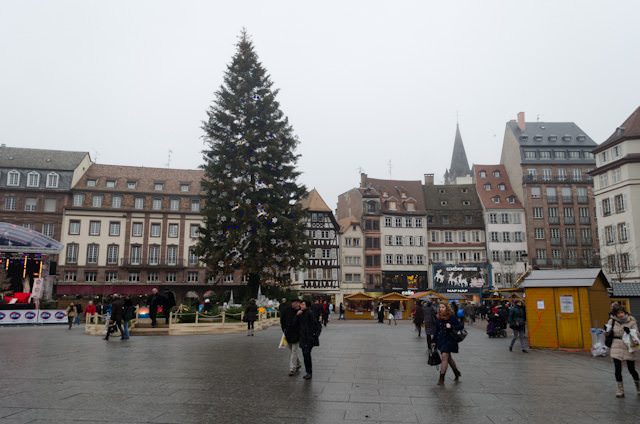 The annual Christmas Tree in Strasbourg, France is an attraction in and of itself.  Photo © 2013 Aaron Saunders

What can you say about Vienna, other than it’s just as amazing in the winter as it is in the summer? With a dozen Christmas Markets on offer, you can easily visit three or four during a given day thanks to the fact that a large number of them are clustered around the city’s famous ring-road, the Ringstrasse. It’s a bit more commercial, but be sure to visit the city’s flagship Christmas market in front of the Rathaus, or City Hall.

If you think this voyage is far off in the future and there’s plenty of time to book, think again: Although December 2016 is a full 18 months out at the time of this writing, suites aboard the Avalon Tranquility II for this particular sailing are already sold out. Deluxe Staterooms and Panorama Balcony Suites are still available. 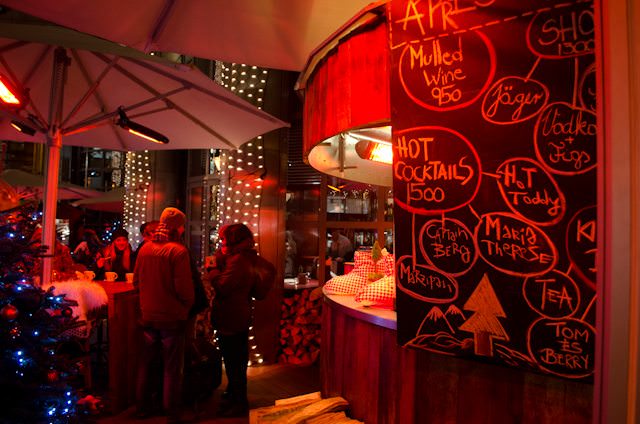 Hot drinks – like mulled wine and spiced cider – are a huge attraction of Europe’s Christmas Markets, with each town (and even booth) offering up their own local traditions and recipes. Photo © 2014 Aaron Saunders 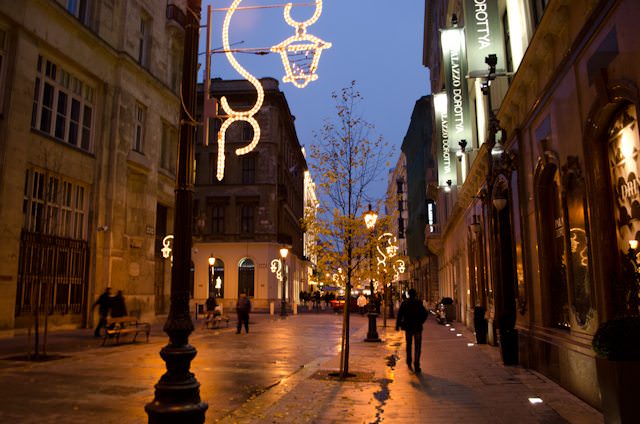 Other Christmas 2016 itineraries with Avalon Waterways include:

More information on Avalon Waterways, its fleet and destinations, can be found by viewing our company overview here on River Cruise Advisor.