Viking River Cruises passed a major milestone on Sunday, when its first-ever oceangoing cruise ship was christened in the port of Bergen, Norway on the evening of Norwegian Constitution Day. 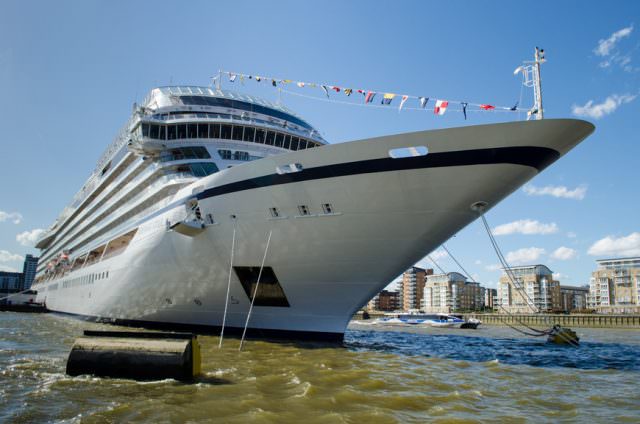 I was pierside in Bergen for the moving event that was attended by approximately 20,000 people and included performances by Norwegian vocalist Sissel and comedy-pop duo Ylvis, along with actor Bjarte Hjelmeland, singer-songwriter Sondre Lerche, and acclaimed violinist Charlie Siem 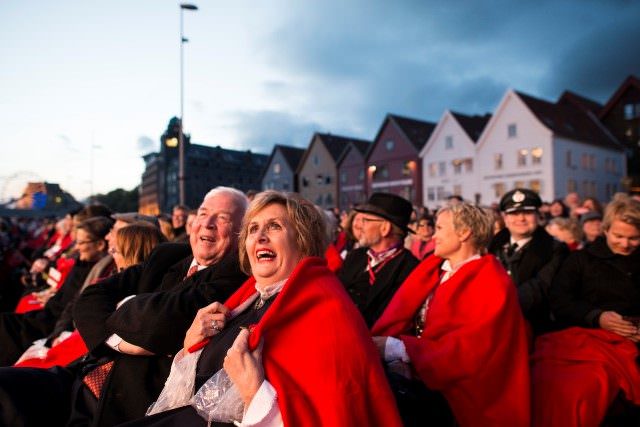 The real moment of excitement, however, came when Bergen mayor and Viking Star godmother Trude Drevland officially christened the ship, giving her blessing in Norwegian and releasing a bottle of champagne that smashed and cascaded effortlessly down the ship’s gleaming white bow. It’s the first time in 10 years that a Norwegian-flagged passenger cruise ship has been homeported in Bergen. Viking Star also has the distinction of being flagged in Norway and registered in Bergen.

“We believe the arrival of Viking Star signals a new era in destination-focused cruising, and I could not be more proud that she will call my favorite city in the world ‘home,’” said Torstein Hagen, Chairman of Viking Cruises. “This is a ship that was built for exploration and designed with our Scandinavian heritage in mind, and our guests will experience it from the moment they step onboard.” 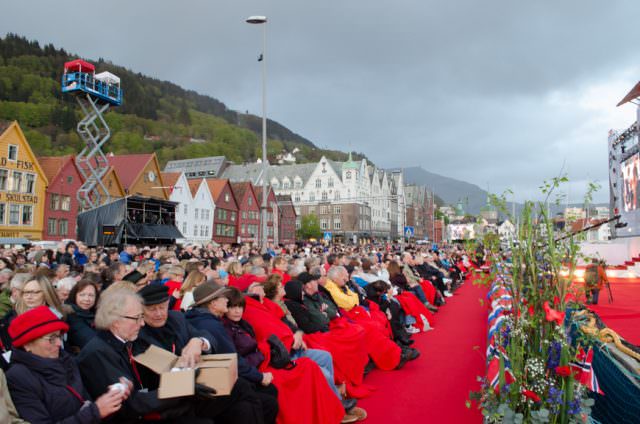 Hagen’s commitment to exploration and Scandinavian heritage are both apparent in the form of the gorgeous Viking Star. Capable of carrying just 930 guests, she is designed to bring Viking’s patented brand of river cruising to the oceans of the world with Viking Longship-style amenities.

If you’ve ever taken one of the line’s river cruises before, you’ll know what to expect: complimentary beer, wine and soft drinks with lunch and dinner; an optional Silver Spirits package (US$29.95 per person per day) that renders almost every other form of drink inclusive; and a variety of complimentary shore excursion options ashore, along with extra-cost options for greater diversity. 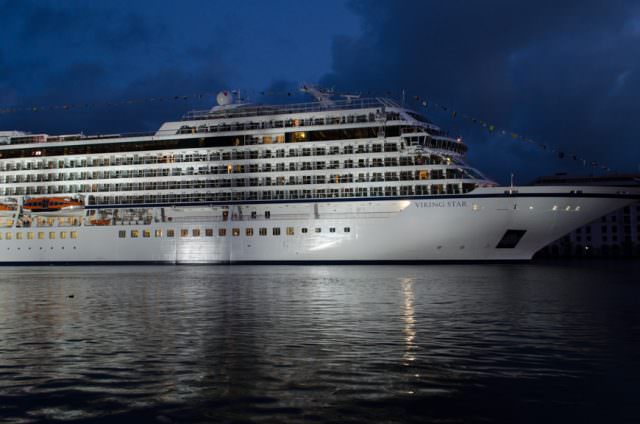 Viking Star, lit up during the ceremonies. Photo © 2015 Aaron Saunders

What you might not expect, however, are the little things: no fees for any specialty restaurant. Complimentary use of the ship’s hydrotherapy pool, snow room, and dry and wet saunas in the LivNordic Spa.

Although I only spent four nights onboard the Viking Star as she sailed from Greenwich – let’s face it, London – for Bergen, I found a ship that not only rolled up the best of Viking’s river cruise product and put it in a larger, more amenity-laden box, but one that also recalled the great days of cruising. You know – the ones that are lamented by cruisers who have been sailing the seven seas for years. But that’s a good thing and, as far as we’re concerned, a great antidote to the homogeneousness that has affected big-ship cruising for years now. 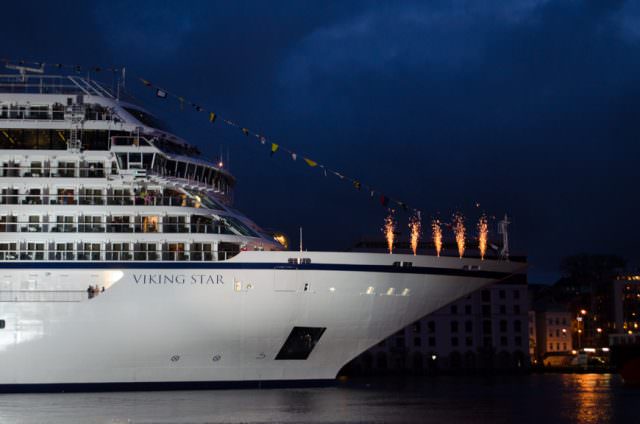 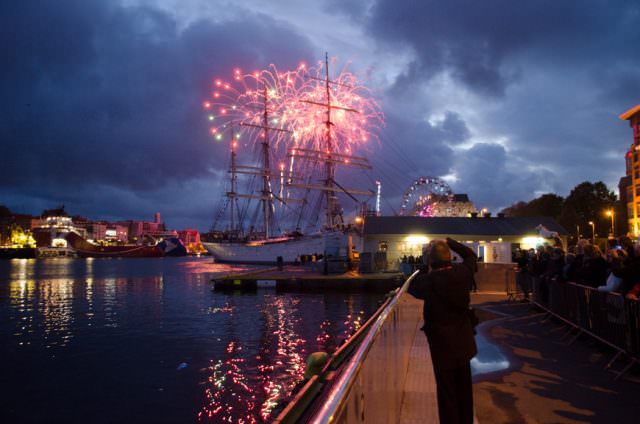 Celebratory fireworks were launched from Viking Star and across the harbour. Photo © 2015 Aaron Saunders

Even if you’ve never set foot on an oceangoing cruise ship before, Viking Star is a historic milestone for Viking River Cruises. It lets them take the “River” out of their name –for Viking Cruises now has a truly global reach.

Catch up with Ralph’s reports from his time aboard Viking Star, and check out my missives from Viking Star’s sailing from Greenwich and christening in Bergen for a greater look at what makes this “small” cruise ship tick. 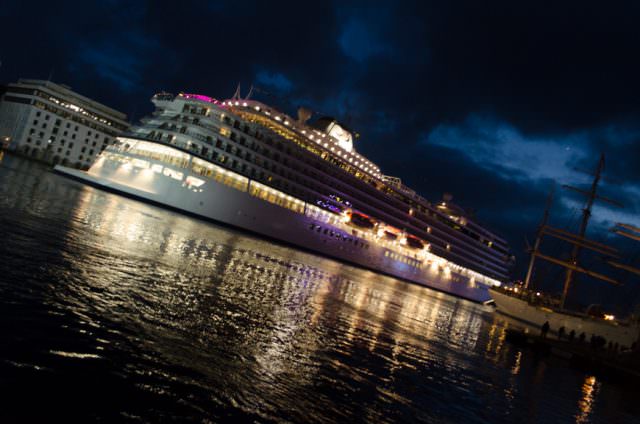