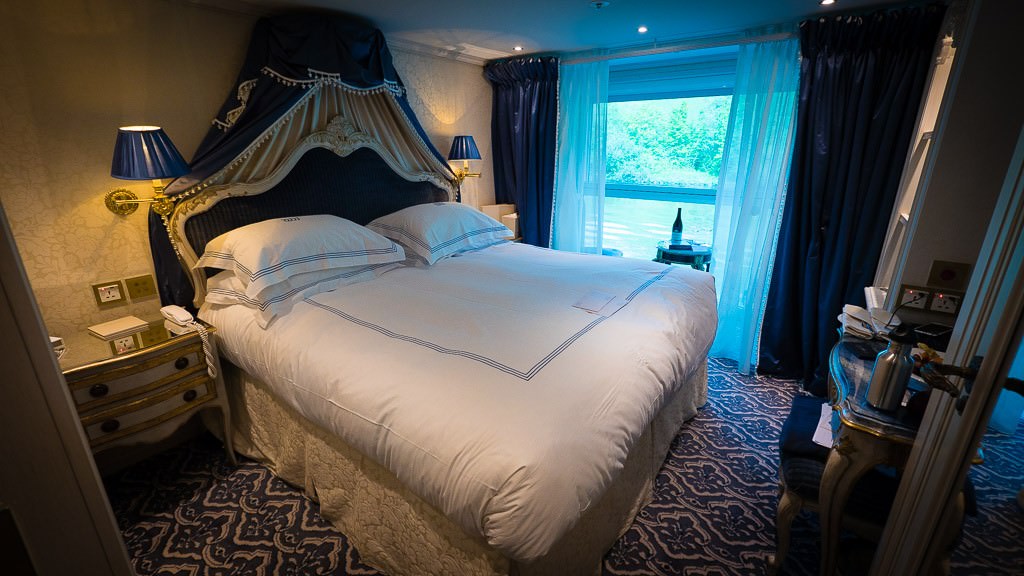 Yesterday, I wrote about pedaling Uniworld’s bicycles and returning to my oasis of tranquility, the S.S. Maria Theresa, a floating boutique hotel (with gourmet restaurants) cruising through the heartland of Europe. My own personal oasis is a category 1 stateroom measuring 194 square feet. Stateroom 425 is situated on deck four, port-side aft, a few steps away from the Leopard Bar, a convenience that I appreciate whenever I am parched for a complimentary glass of champagne or a cocktail — or an afternoon tea (I’ll take you for a photo tour of the Leopard Bar later this week).

My stateroom is quiet (no noise from the corridor or slamming of doors to be heard) and comfortable, with a king-sized handcrafted canopy Savoir of England bed, among the most comfortable beds I’ve ever slept on, with crisp high-thread-count Egyptian linens that are a delight to sandwich in between.

My stateroom, as all staterooms on S.S. Maria Theresa, features sumptuous fabric-wall coverings combined with rich-handmade carpets, antique furnishings, original art and, behind a mirror, a flatscreen TV with infotainment center. I feel as though I am living in a palace, with all the modern technology.

As a River Heritage Club Member, meaning that I have cruised before with Uniworld, I received a few extra perks in my stateroom, including a complimentary fruit platter upon boarding and free laundry, one bag per week. Should I require more than that, I can pay for laundry service. S.S. Maria Theresa also has a complimentary self-service launderette on deck 2.

My marble bathroom has a large shower and single sink with L’Occitane en Provence products, lighted magnifying mirror, hair dryer, thick towels and soft robes. There’s plenty of storage, so don’t be shy about bringing along your entire toiletry kit. 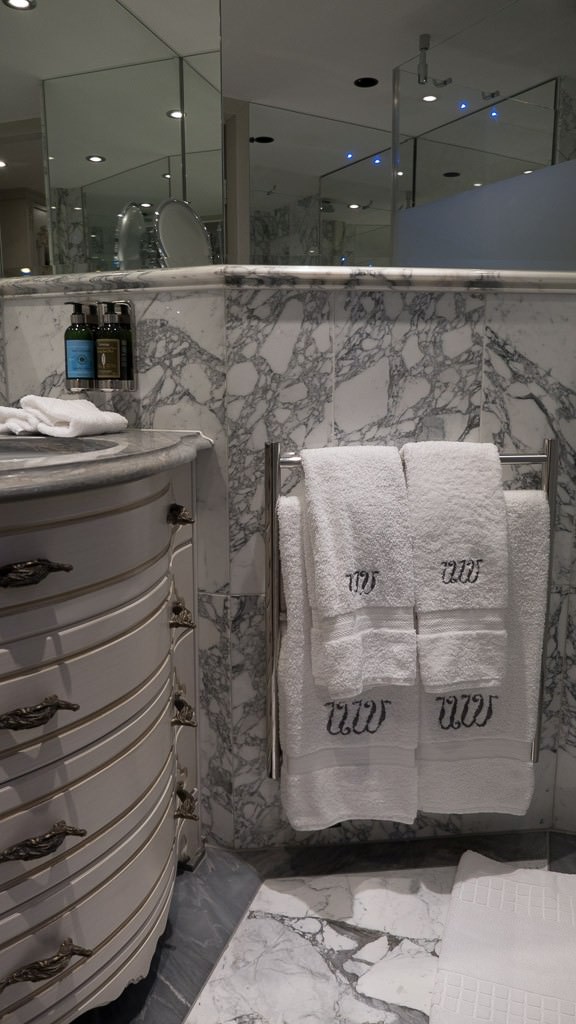 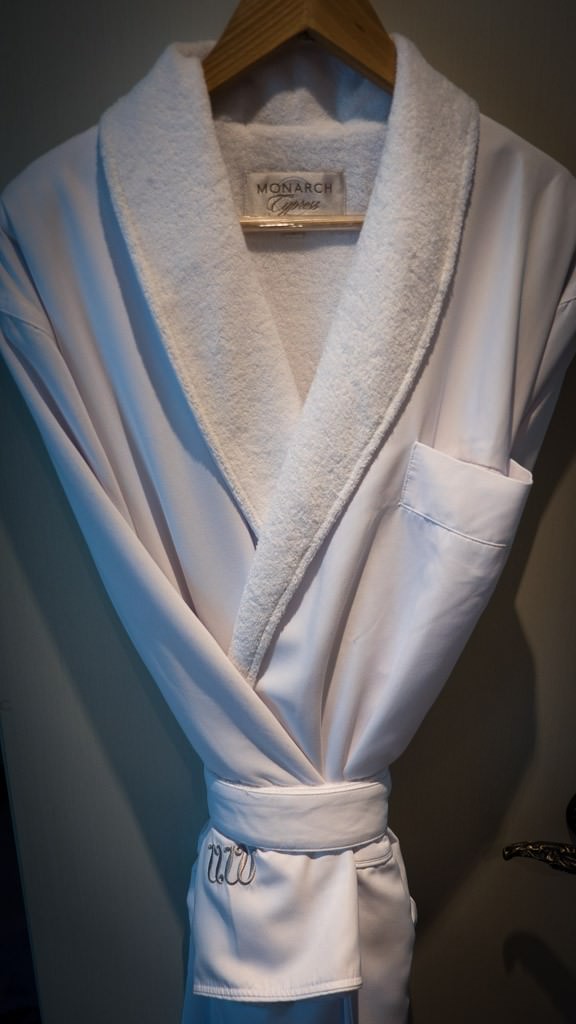 Stateroom lighting and electrical features are state-of-the-art, with such features as USB charging outlets built into the receptacles, both European and North American style. 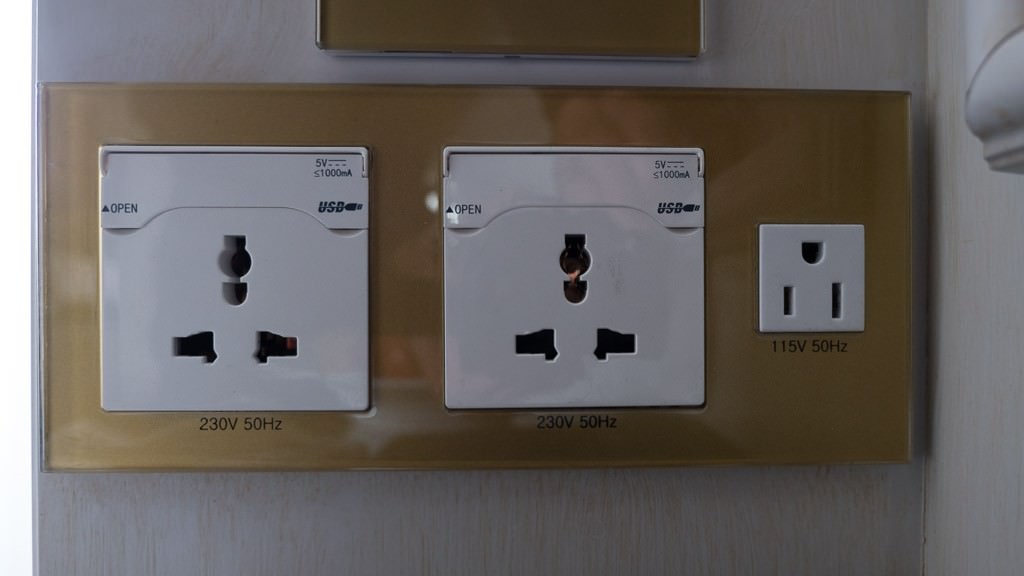 Mineral water, and a bowl of cute and delicious chocolates, are replenished as needed, a nice touch that gives S.S. Maria Theresa a homey feel. 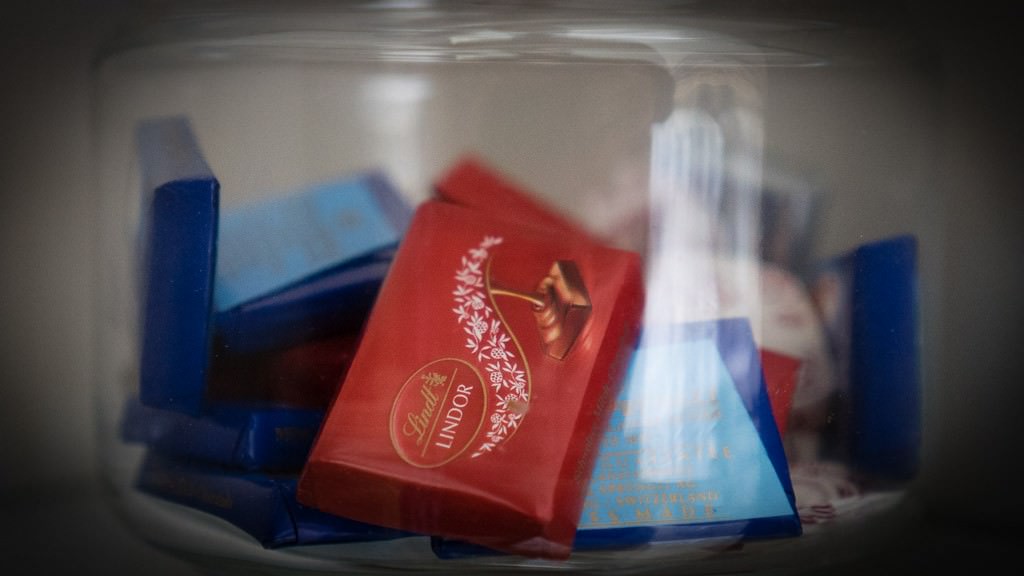 Chocolates always within reach in a glass bowl. © 2015 Ralph Grizzle

Via Twitter someone asked: Any truth to the reports of some cabins not having ANY drawers or storage shelves? There is no truth to that. Cabins on deck two, in the lowest category, feature small two small closets. One of the closets is a wardrobe with a shelf at the top. The wardrobe will allow full-length dresses to hang unobstructed. The other closet has hangers and shelves, as well as a safe. I suspect more drawer space may be added in this category if the lack of space is brought up in guest comment cards. There is room for drawer space to be added along the wall at the foot of the bed, where there is currently a writing desk occupying part of the wall. 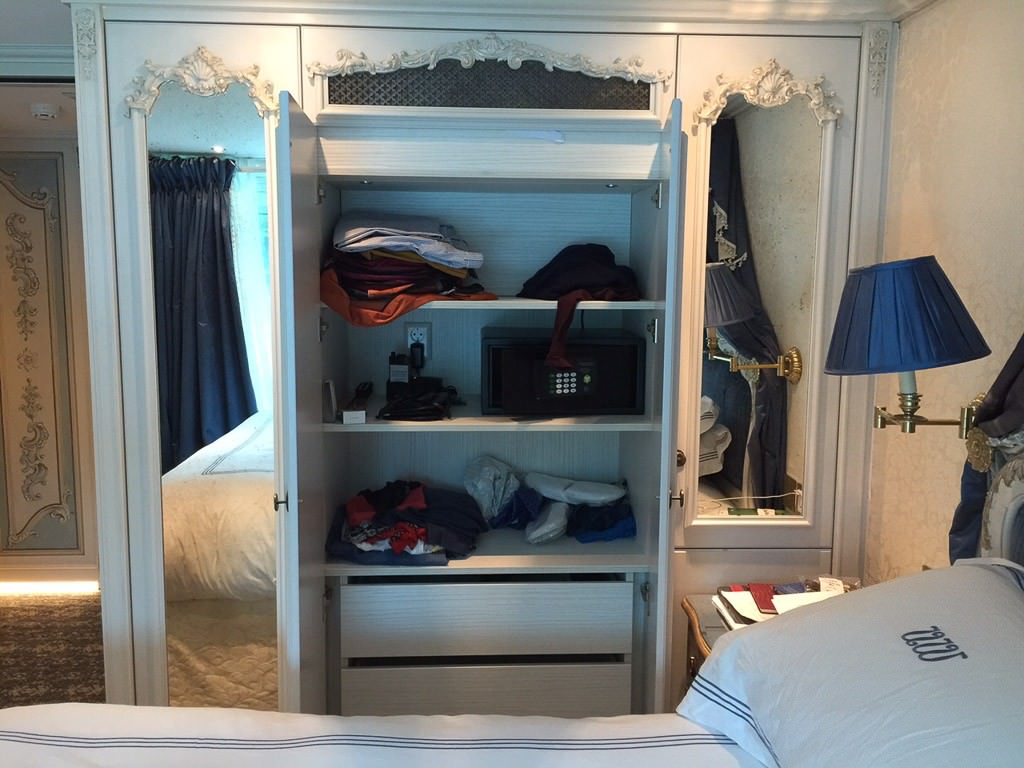 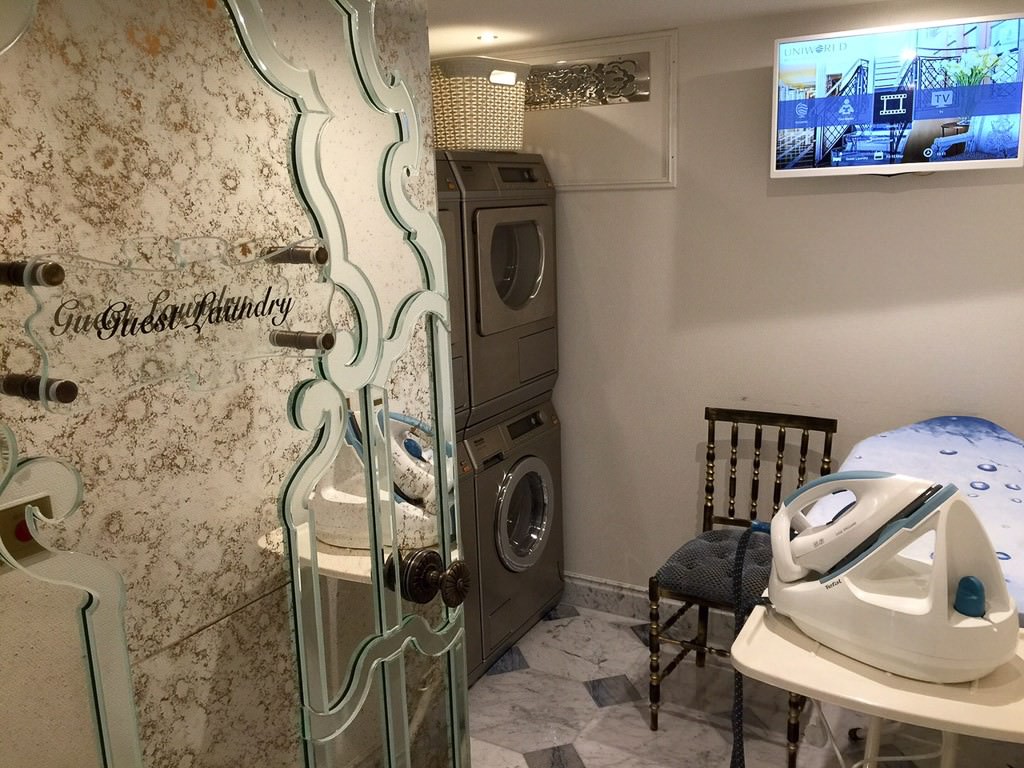 My advice, as always, is to pack less. Doing so makes traveling much easier than carrying multiple suitcases packed to the max. You only need a third of what you think you need when traveling on S.S. Maria Theresa. If that worries you, bring half of what you think you need. S.S. Maria Theresa features a laundry service for a fee (underwear €1.20, jeans €4, blouse or shirt €3.50) as well as a complimentary self-service launderette with three washers and dryers and an ironing board. Soap packets with softener are provided at no charge.

Keycard technology has been enhanced by electronic boards that instruct service staff whether the room is occupied or not (for cleaning). Not once, did a room attendant knock at my door or enter unexpectedly. I really like this technology as it assures privacy and no interruptions. The green light, indicating the room is unoccupied, is only engaged when you take your keycard with you outside of the room. 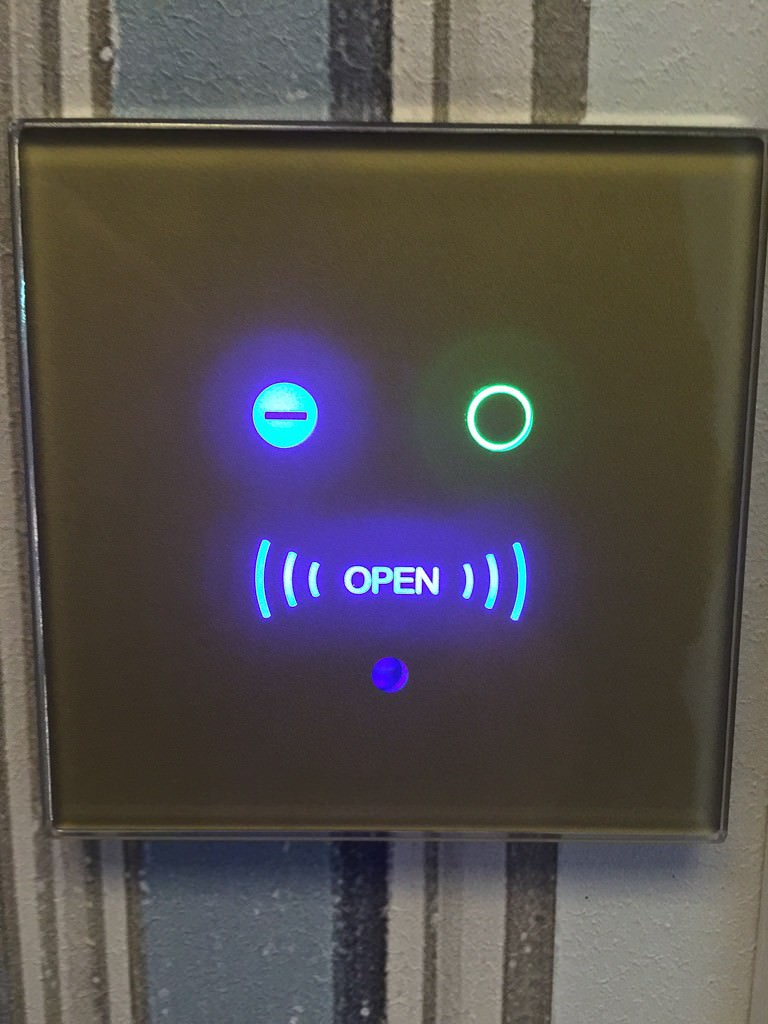 New stateroom technology means that your room attendant will never interrupt you. The green light, which indicates you’re not in your room, displays only when your keycard is not inside the room. © 2015 Ralph Grizzle

My favorite feature, however, is the open-air balcony, which I am saving for a video that I will post tomorrow. For now, enjoy the photo below, a significant moment for those of us on the S.S. Maria Theresa, as we crossed the Continental Divide to begin making our way to Budapest. The photo doesn’t begin to do justice to the beauty of the night. The river was quiet, except for the songs of birds and of crickets and the gentle parting of the water as the S.S. Maria Theresa pushed her way across the divide. We were well over 1,000 feet above sea level, a feat that required that S.S. Maria Theresa transit a series of 16 locks over the entire 100-mile-plus run of the Main-Danube Canal. It was a glorious night that ended with me back in stateroom 425, between the sheets of that big comfy bed and settled in for the night, ready for whatever the next day would bring. 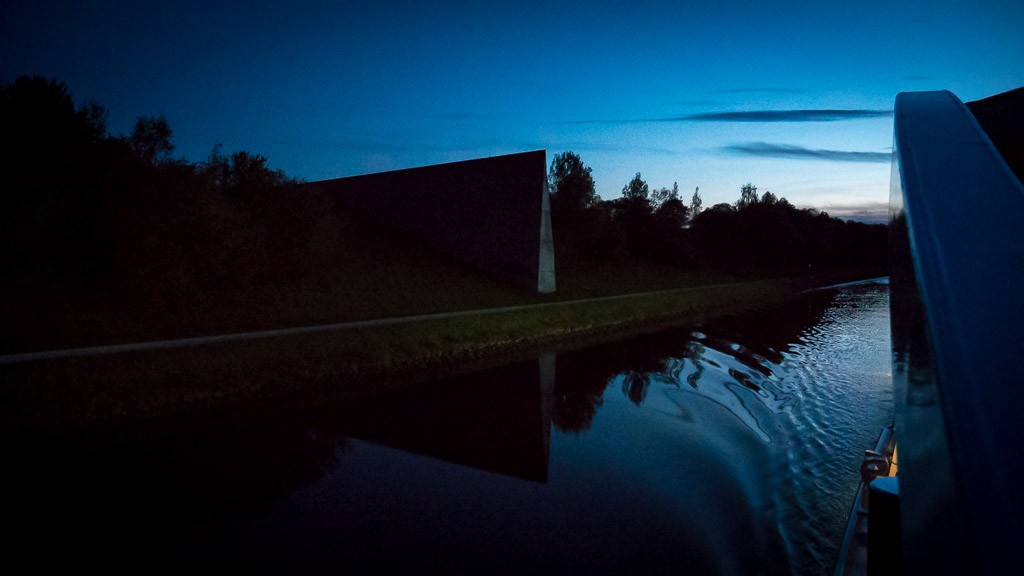 Uniworld's Maria Theresa - On The Daube