You are here: Home / Advisories / Nicko Tours To Operate Until At Least June 15

Earlier this month, we reported that German river cruise operator Nicko Tours was facing insolvency and had applied for bankruptcy protection. Now, the company has issued a press release stating that all cruises with departure dates up to and including June 15, 2015 will operate as planned.

The May 21 press release noted that insolvency administrator Michael Pluta, who was appointed on May 5, arranged the guarantee. 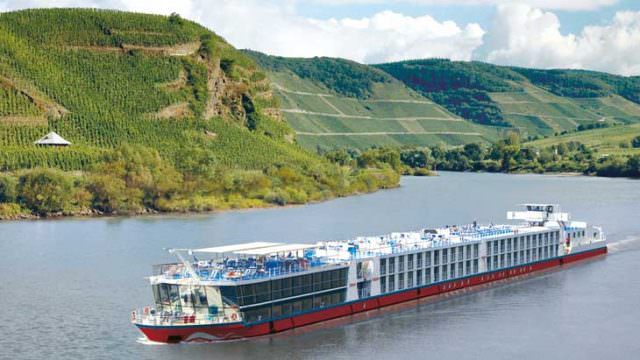 Despite insolvency proceedings, Stuttgart-based Nicko Tours says it will operate all river cruises as scheduled until at least June 15, 2015. Photo courtesy of Nicko Tours.

Departures beyond June 15, 2015 remain unknown at this point in time. Nicko Tours stated in its press release that passengers and contractors would be informed “as soon as possible” if the company intended to continue operations beyond June 15.

For the average traveller, the more likely question is how Stuttgart-based Nicko Tours could possibly be going bankrupt at a time when both European and North American-based river cruise lines are filling their ships with river cruisers faster than they can build them. Even Strasbourg-based CroisiEurope is mounting ambitious newbuild plans over the next few years that will increase the line’s passenger capacity and fleet substantially.

Since we initially ran the story of Nicko’s near-collapse, we’ve been contacted by several readers – most of whom reside in the UK – who have been left in the lurch by Nicko’s insolvency. Until sailings are formally cancelled (or the line becomes fully insolvent), many travel insurance providers won’t pay out cruise fare refunds. Likewise, customers already booked on Nicko Tours will find taking out trip interruption and cancellation insurance to be fairly useless: Once something is classified as a “known event,” most insurance providers will refuse to pay out if insurance was purchased after the fact.

Nicko Tours isn’t alone. On May 18, Travel Weekly’s Michelle Baran wrote that Newton, Massachusetts-based Tom Harper River Journeys had suddenly shut its doors the week prior, laying off staff and cancelling blocks of staterooms the company had on the books with CroisiEurope, Haimark, and AmaWaterways’ Zambezi Queen. Judging by Baran’s reports of bounced emails and pre-recorded phone messages, Tom Harper River Journeys didn’t see fit to inform its customers that the company was going under.

The lesson of Tom Harper River Journeys, which had been in business just shy of two years, is that the river cruise industry is a complex, multi-faceted industry where the company selling you the tour may not always necessarily be the one operating it. Such is the case with the three aforementioned companies, which now have large blocks of staterooms on their hands.

The question then becomes this: If Nicko does fold on June 15, what will happen to the companies that had chartered or even wet-leased their substantial fleet of river cruise vessels?

More updates on the issues facing Nicko Tours will be published here as they become available.