If you’ve always wanted to sail the Great Lakes and the St. Lawrence River, there’s a new option in town in the form of Haimark’s recently debuted MS Saint Laurent.

A rendering of Haimark’s refurbished MS Saint Laurent, which sets sail along the St. Lawrence River this spring. Rendering courtesy of Haimark.

With a total guest capacity of 210 and a crew of 90, the Saint Laurent originally sailed as the Cape May Light, but has been given a thorough $3.5-million refurbishment to bring her up to the standards Haimark has envisioned for her. While Haimark is a prominent player in the Asian river cruise market, the MS Saint Laurent represents the company’s first venture into hybrid river-ocean cruises, with departures scheduled throughout North and South America for the 2015-2016 season.

The staple of the Saint Laurent’s summer 2015 itineraries will be her 10-day Historic St. Lawrence River and America’s Five Great Lakes voyages that sail between Montreal and Chicago or reverse. Departing on July 5, 2015 from Montreal; July 14 from Chicago and August 28 from Chicago, these 10-day voyages will feature port calls in Niagara Falls; Windsor (Ontario) for Detroit; Lake Huron; Little Current, Manitoulin Island; Sault St. Marie; and Mackinac Island.

Haimark’s Historic Saint Lawrence River & The Five Great Lakes itinerary is one of the most comprehensive explorations of the region. Illustration courtesy of Haimark. 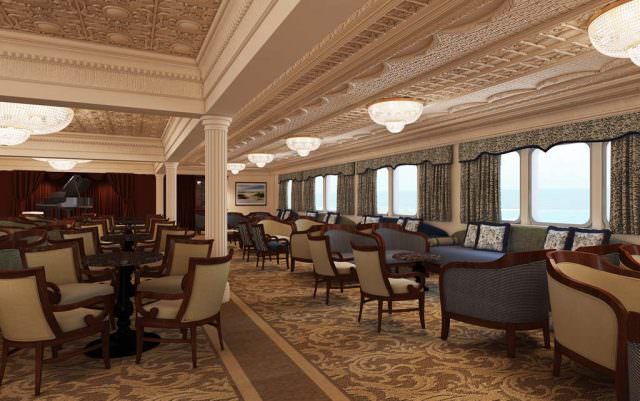 A rendering of the refurbished Lounge aboard the MS Saint Laurent. Rendering courtesy of Haimark.

Winter 2015-2016 has the Saint Laurent cruising the warm waters of the Caribbean, Central America, and the Panama Canal before returning up along the eastern seaboard of North America to Montreal, where she will start another season of cruises along the Canadian Maritimes and the Great Lakes.

Although the Saint Laurent technically began her first voyages earlier this month, Haimark is bringing some star power to her inaugural St. Lawrence sailing. Award-winning broadcast journalist and noted newscaster Dan Rather will sail aboard the May 30, 2015 departure from Montreal. 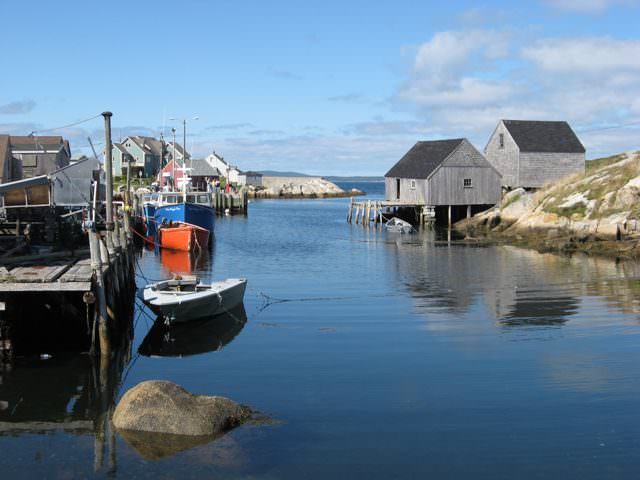 “We feel incredibly privileged to be able to offer our guests the opportunity to cruise in the company of such an renowned expert in world affairs,” said Tom Markwell, Managing Partner of Haimark Line. “Mr. Rather’s unique perspectives – paired with an extraordinary itinerary onboard the newly refurbished MS Saint Laurent – promises to make this a once-in-a-lifetime event.”