In North America, we hear that river cruising is one of the fastest-growing segments of the travel industry. Indeed, its meteoric rise in public awareness and enthusiasm in Canada, the United States, and aboard in Australia and the UK shows no signs of slowing down. But there are some interesting signals that points to a disconnect between river cruising and travelers from the countries that these ships actually sail through. 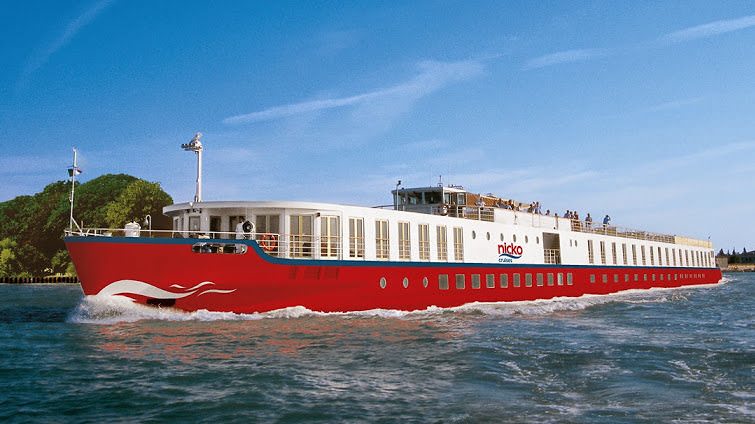 Der Spiegel, one of the largest weekly magazines in Germany, recently reported that German river cruise operator Nicko Cruises – formerly Nicko Tours – has run out of cash and has filed for bankruptcy protection from their creditors. The original article (here in German) states that despite a major infusion of cash from a Swiss-based firm in 2013, disruptions caused by the flooding in Europe in the spring of 2013 and the ongoing uncertainty surrounding river cruises in the Ukraine and Russia – which Nicko operated in – led to the company’s downfall.

But the article is fascinating for one particular reason. It states that – at least from a German and perhaps European perspective – river cruising is in trouble.

While many of the obstacles that European river cruise operators face are largely political – like the current turmoil that has seen Egyptian river cruises all but decimated in recent years, and which is now poised to do likewise for sailings in the Ukraine and Russia – Der Spiegel highlights one significant factor that is keeping Europeans away from river cruising: age.

While European and North American-based ocean cruise lines cater to a wide demographic that includes families, children, singles, and couples of nearly every age category, river cruising on European-based lines is still targeted largely at the 60-plus crowd. North American lines are no different; with the average median age on most sailings stretching into the mid-fifties.

When it comes to options for those under 60 years of age – and presumably with less disposable income – Der Spiegel is less optimistic, though they do point out that A-ROSA is quickly gaining traction in Germany with a younger generation of river cruisers. The line has also made significant inroads in North America in the past two years.

The article also points out some key differences between the German and North American cruise markets. Whereas in North America an all-in pricing scheme is seen as desirable, German cruisers typically don’t feel the same way. They do not want to be ‘told’ what to pay for; preferring instead to pay only for what they use in order to achieve a lower entry-level cost. An excellent example of this is the Hamburg-based luxury line, Hapag-Lloyd Cruises. Although their EUROPA and EUROPA 2 are the highest-rated cruise ships in the world – and suitably carry some of the highest per diems in the industry – alcoholic beverages still come at an additional cost. Why? Because their primarily German clientele demands it.

As for Nicko – it’s business as usual. So far. The company has filed for the equivilant of bankruptcy protection that will allow them to continue to operate, at least for a while. While it’s entirely likely that a new buyer will be found to take over the Nicko name – or, at the very least, scoop up their fairly substantial fleet of red-hulled river cruise ships – the question still remains: is the river cruise industry missing out on a key passenger base by not catering better to the travel desires of Europeans themselves?

What do you think? Let us know!