You are here: Home / Destinations / Europe / France / Ancenis / On Loire Princesse: Day 4, A Walk Along The Loire

Earlier, I wrote about how the crowds were lining up along the Loire to cheer our paddle-wheeler upstream, see The Crowds Come To See Something Not Seen Before: A River Cruiser On The Loire. Today, we reached as far up the river as we’re going, tying up alongside in Bouchemaine. As we approached the dock, a band greeted us from the shoreline. Trumpets and tubas blared to a steady drumbeat. People alongside the banks snapped photos, as they have done all along the river, and once we were docked, dozens approached the ship to see if they might have a look inside the vessel. The people who live along the Loire have never seen anything like Loire Princesse. 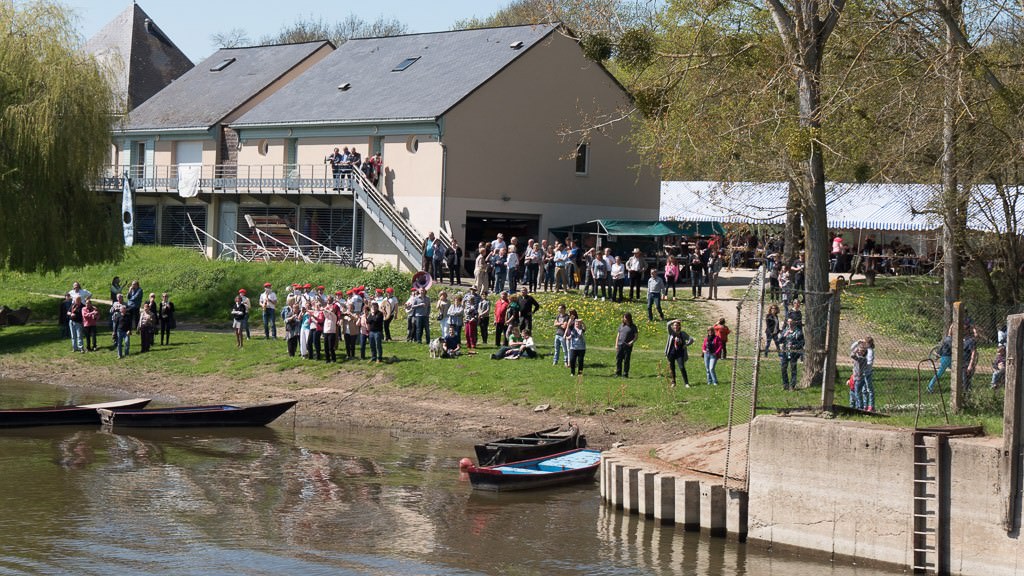 A band greets us in Bouchemaine. © 2015 Ralph Grizzle

Our tour today was to Angers, the capital of the historical Anjou province and home to the famous 13th-century Château d’Angers, which houses the extraordinary Apocalypse Tapestry. I wanted badly to see it, but I also wanted to go for a long walk along the Loire. The latter won me over. My fellow cruise passengers promised to tell me about the tapestry and to take photos if permitted. As they departed on the bus, I set out for a long walk. 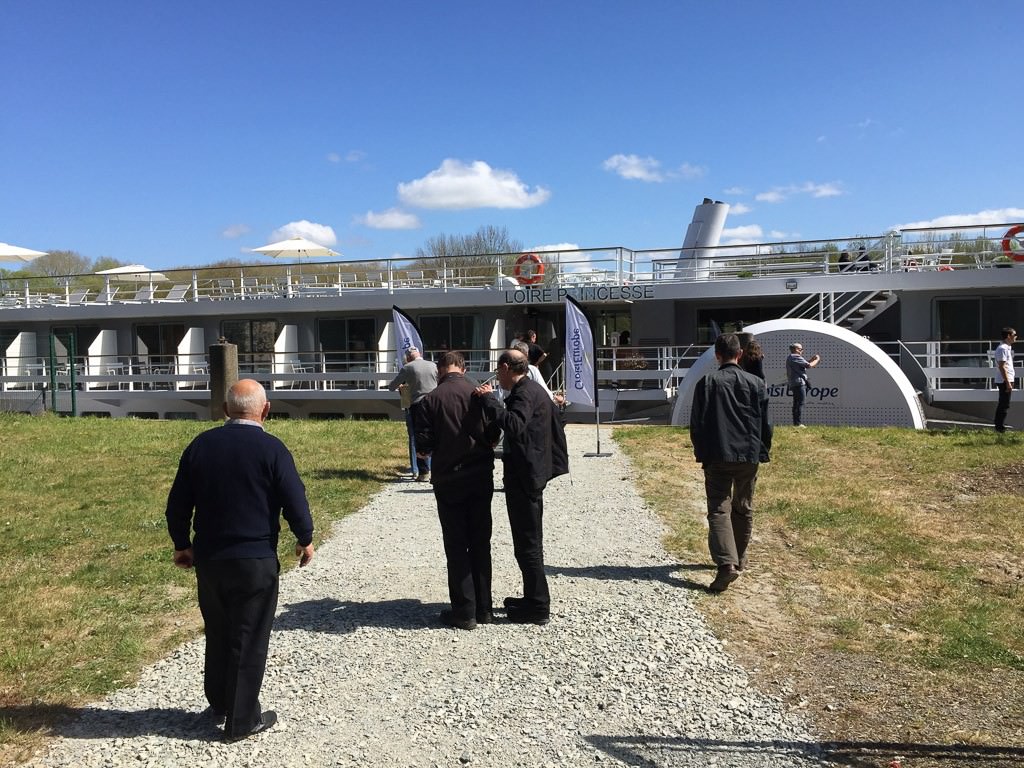 The locals come out to see the Loire Princesse. © 2015 Ralph Grizzle

My walk was nothing short of glorious. I followed a path along the river for a couple of miles, passing scenes worthy of postcards – châteaux overlooking the river, beautiful little fishing boats tied up in the tall grass at the shoreline. The river had the feel of an estuary in the south of the United States, except all along its banks, French was being spoken, and I was experiencing the joie de vivre.

When I felt I had walked far enough, I journeyed inland to make my way back through the villages, past churches and more châteaux. I had put in more than four miles when my walk came to an end. I felt euphoric and exhilarated, a good day to be alive and in France.

The ability to get out and walk (or bike)  is one of the things that I like most about river cruising. While tours are offered every day, you can still tailor your experience to your liking. I desperately needed some rigorous activity, and the walk along the Loire provided that. 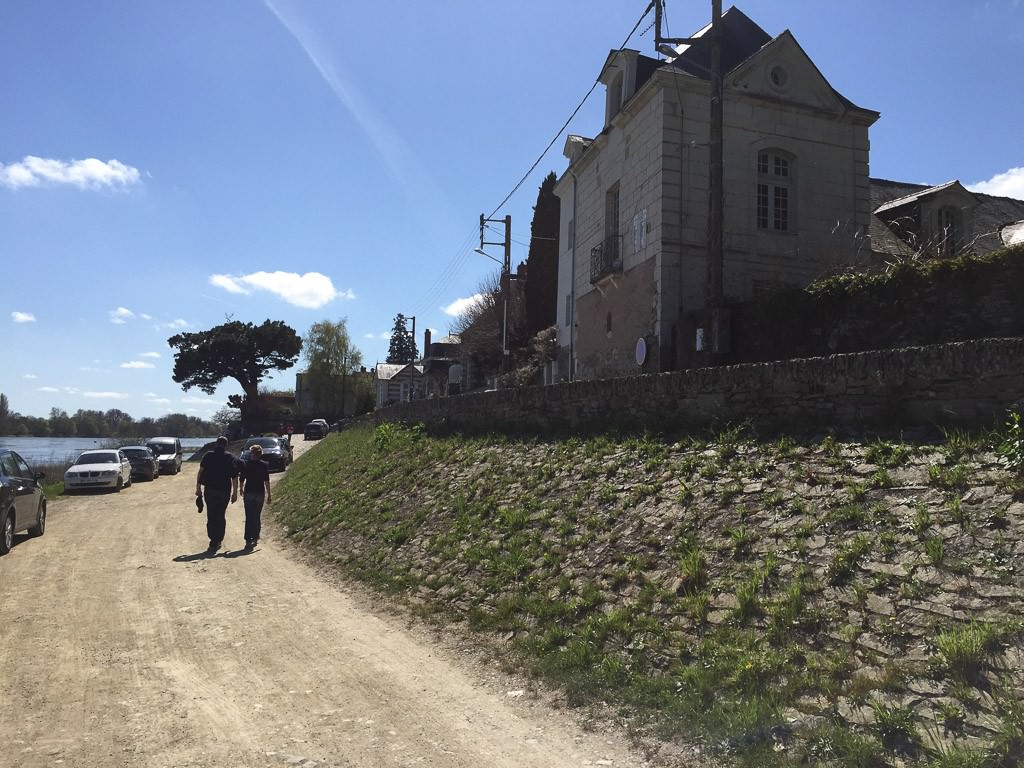 Walking alongside the Loire. © 2015 Ralph Grizzle 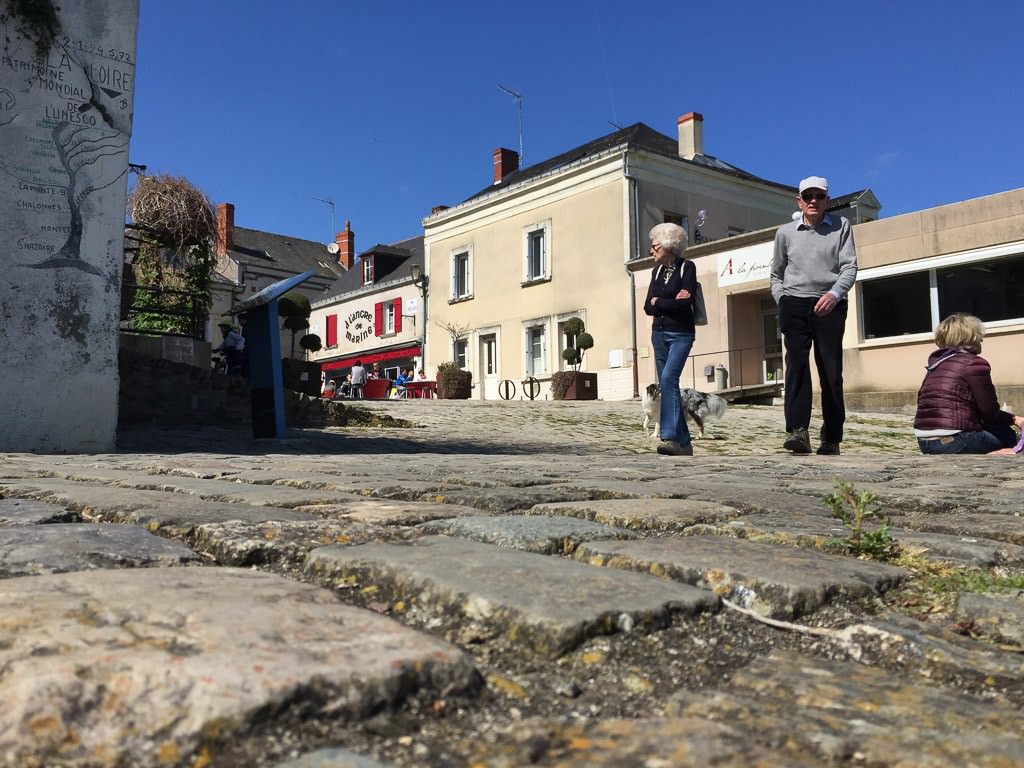 A small square with an inviting bar. © 2015 Ralph Grizzle 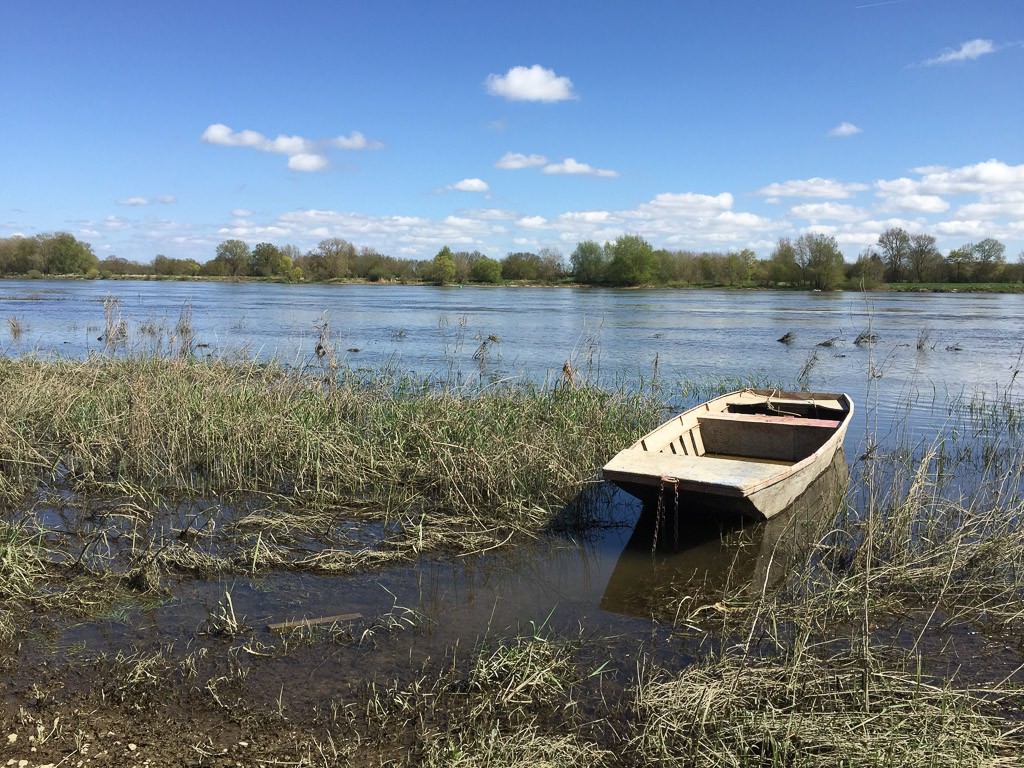 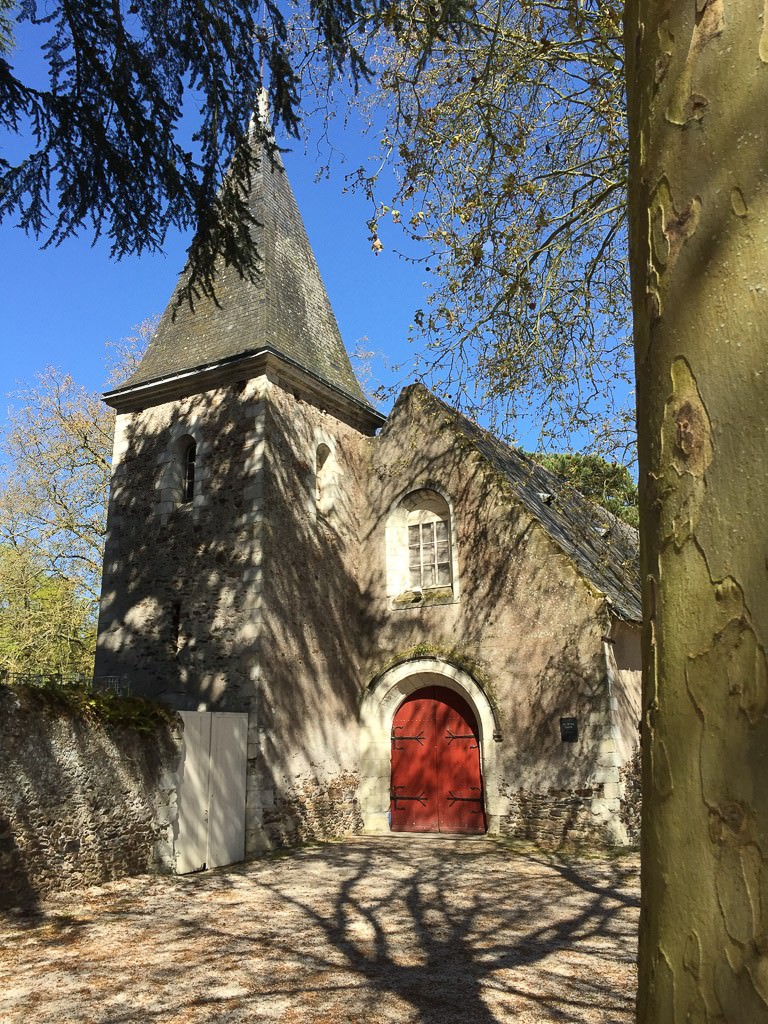 An old church that I passed on my walk. © 2015 Ralph Grizzle

I returned to Loire Princesse to have a beer on the top deck with a few others who had seen the tapestry in Angers and had stayed in the village near the ship. The afternoon was gorgeous, sun shining bright, the blue sky reflecting off the river, and the beer, cold and refreshing.

The others eventually returned from their tour to Angers and said they had enjoyed a wonderful day just as I had. In hearing them describe what they had seen, I had a moment of buyer’s regret that I had not gone, but that sentiment quickly vanished when I thought about my walk on the Loire and how good I felt now.

Tonight, the Gala dinner. We men pulled on jackets (some even wore ties) and attended a cocktail reception with a champagne toast, then proceeded downstairs for a delicious dinner. The staff had gone to the trouble of folding the linen napkins to resemble dinner jackets. It was a small touch that added to the sense that we were doing something elegant.

Tomorrow, a long day ahead, a full day excursion to see the châteaux of the Loire Valley that we had all come to see. 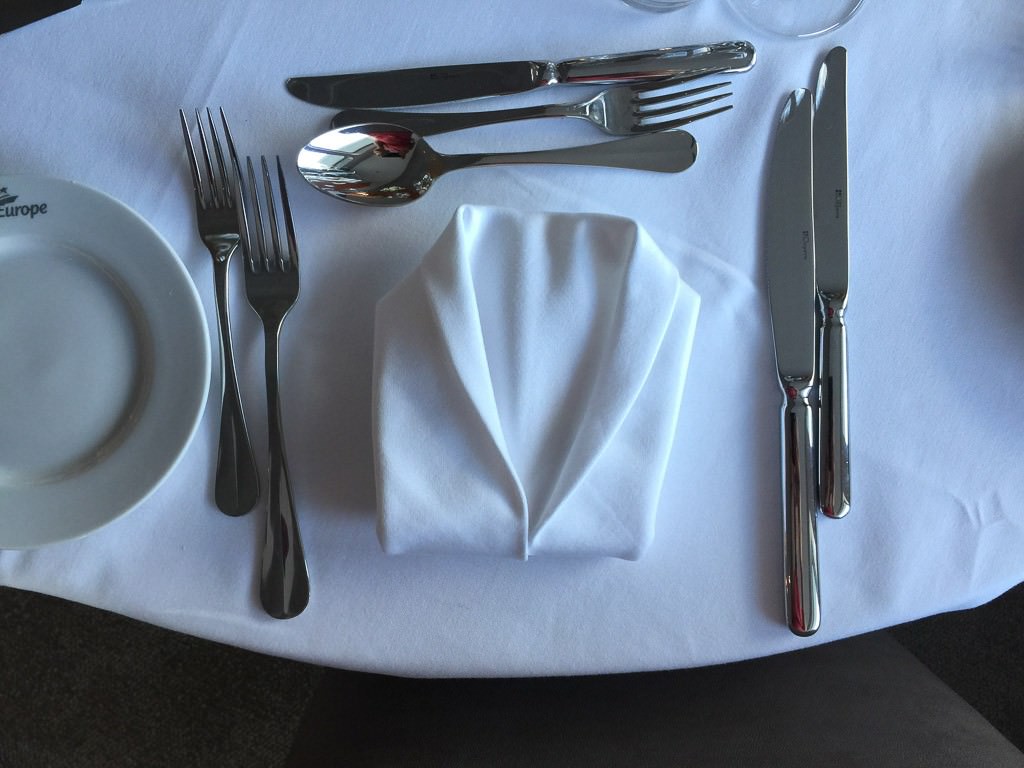 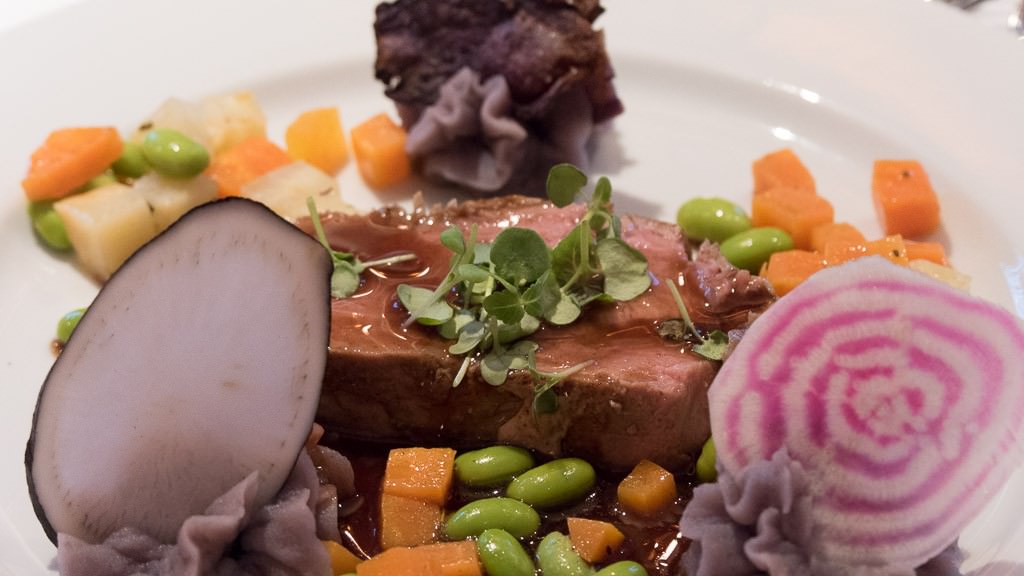 I am a fan of the French-inspired  food on Loire Princesse. © 2015 Ralph Grizzle 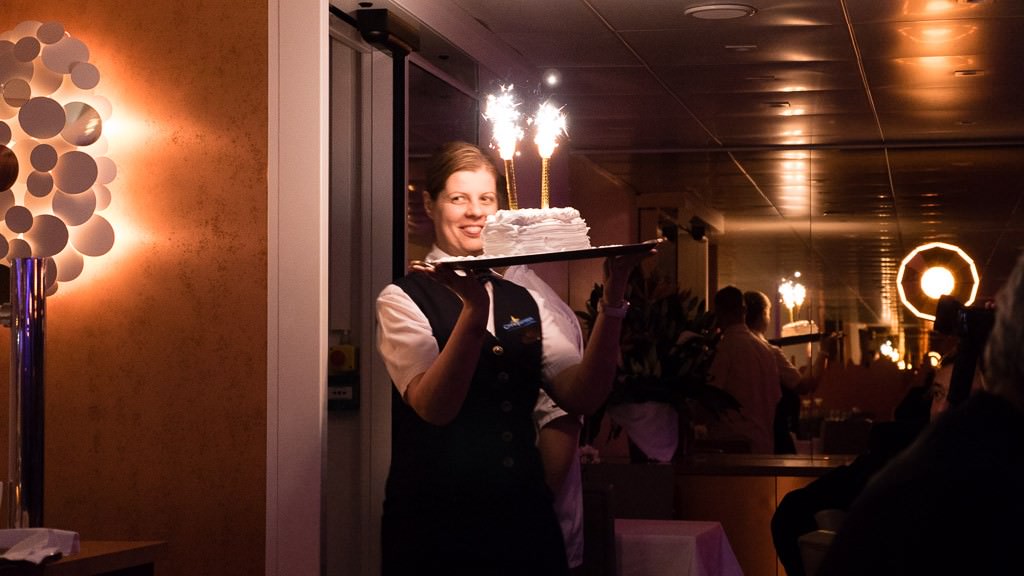 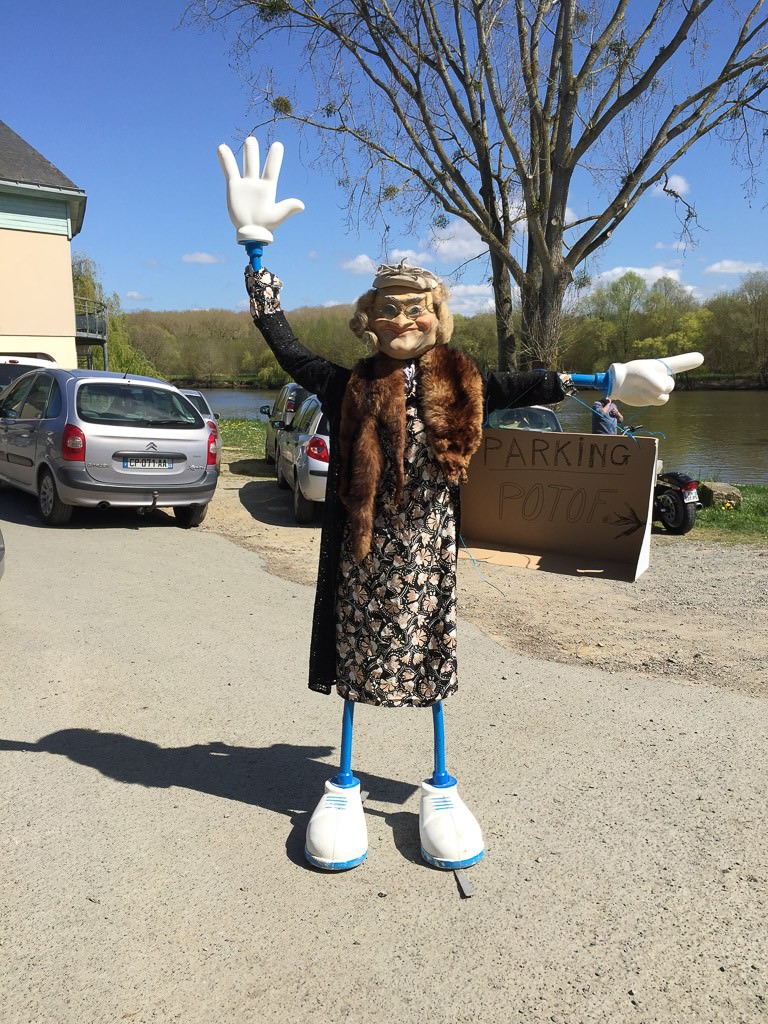 Thanks for coming! A grand old dame on the Loire © 2015 Ralph Grizzle