Mississippi River cruise itineraries are usually separated into the Upper and Lower part of the river. The Upper Mississippi is generally considered to be between St. Louis, MO and St. Paul, MN; and the Lower Mississippi is between Memphis, TN and New Orleans, LA. Cruises are sometimes combined with other waterways, such as the Ohio River and the Tennessee River.

Since the weather tends to be warmer in the southeastern United States, travel on the Lower Mississippi is available during most of the year; while cruises on the Upper Mississippi are more seasonal and usually only available between June and October. 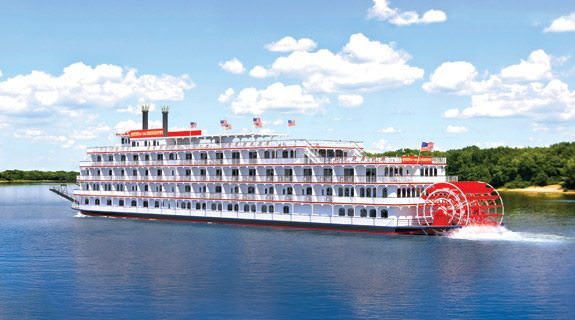 About the Mississippi River

The Mississippi River is is one of the longest rivers in the world and the second longest river in the United States after the Missouri River. From northern Minnesota, the Mississippi flows for 2,340 miles and passes through or borders 10 different states before reaching its mouth at the Gulf of Mexico.

The Mississippi River has 12 tributaries. With regard to river cruises, the Ohio River is its major tributary. The two rivers actually meet twice – in Cairo, IL where the mouth of the Ohio River is located and also near Paducah, KY.