Avalon Managing Director Patrick Clark revealed the new additions to the fleet at the christening of the Avalon Tapestry II last week. He also announced a brand-new itinerary coming for next year: the weeklong Enchanting Belgium itinerary. 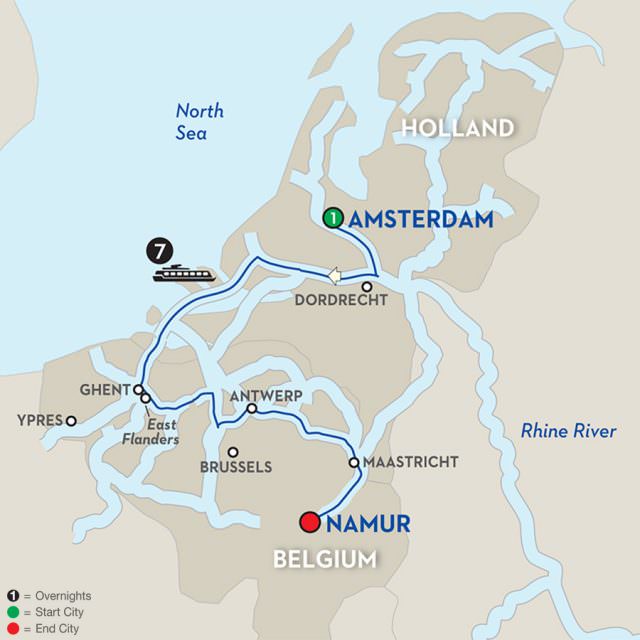 Avalon’s “Enchanting Belgium” itinerary will travel from Brussels to Amsterdam, with a focus on Belgian ports of call. Illustration courtesy of Avalon Waterways.

Whereas current cruises in the region focus primarily on the Netherlands, Avalon’s new Enchanting Belgium itinerary will be based largely around Belgian ports of call. Running between Namur (for Brussels) and Amsterdam, these voyages will include stops in Maastricht, Antwerp, Ghent, and Dordrecht, with overland journeys to East Flanders and Ypres – both of which are notable for their substantial historical roles in World War I.

The new itineraries are also noteworthy for another reason: Avalon will become the first line to sail Belgium’s Meuse River. No other line currently traverses the river, which provides access to Namur – also normally not included on most river cruise itineraries in the region. If you haven’t heard of Namur before, there’s good reason to want to go there: dating back to the Celtic times, Namur is a picturesque town almost in the style of Passau, Germany, with gorgeous bridges spanning the river and a historic town center that includes the UNESCO World Heritage Site of St. Aubin’s Cathedral, part of the Belfries of Belgium and France. 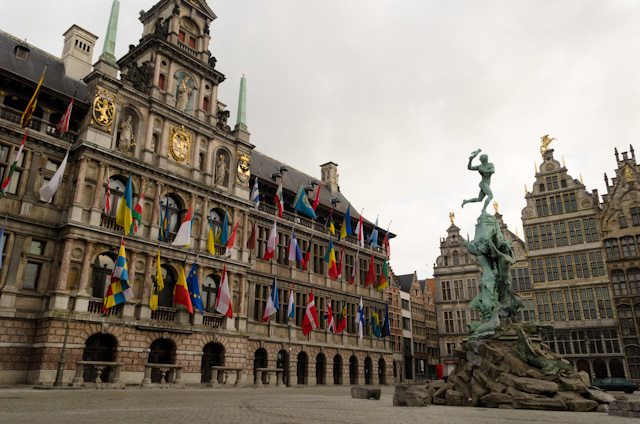 Avalon will also offer an Essential Holland and Belgium itinerary that runs between Amsterdam and Vilvoorde, with calls on Kinderdijk, Rotterdam, Willemstad, Veere, Middleburg, Ghent, and Antwerp, with overland calls to Keukenhof, Delft, and Brussels. Best of all, this itinerary will be offered outside of the standard springtime “Tulip” months, with departures in April, May, July and September of next year.

To make way for the new ships, the older Avalon Scenery will be retired at the end of this season. She currently operates along France’s Rhone River.

More information on Avalon Waterways can be found by viewing our company profile here on River Cruise Advisor.