Each of the wine-themed sailings features a dedicated wine expert onboard, who will interact with guests and lead them in gaining an overall better understanding of the fabulous wines of the Pacific Northwest. Wine experts will do this through wine tastings, food pairings, and onboard seminars. 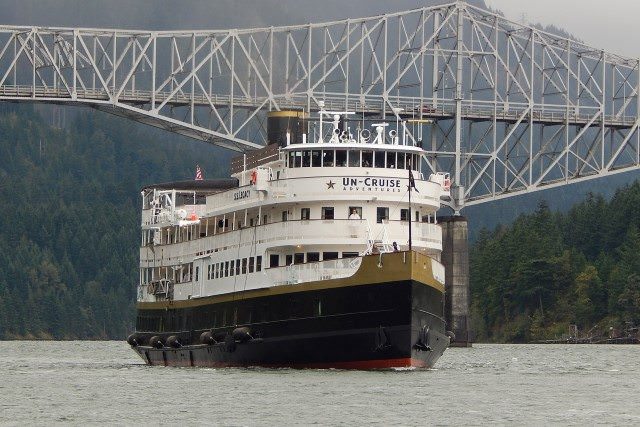 The experts and departure dates for Un-Cruise Adventures’ special Ameritage sailings are:

“We created the new Ameritage river cruise itinerary to highlight the culinary and wine offerings in the Pacific Northwest,” said Captain Dan Blanchard, CEO. “With a wine expert on board, tastings, food pairings and visits with winemakers, guests can expect a well-rounded week of Northwest wines along with the striking scenery found on the Columbia & Snake Rivers.”

The inclusive itinerary features four rivers—Columbia, Snake, Willamette and Palouse—and highlights the burgeoning wine regions in Washington and Oregon including Walla Walla, recently named one of the top ten wine regions in the world. Tastings at nine wineries are included in the cruise fare. Wineries may include Springhouse Cellars, Maryhill Winery, AniChe Cellars, Bergevin Lane, Dunham Cellars, Terra Blanca, Sunshine Mill Winery and others. A visit to the Wine Shack in Cannon Beach includes tastings of Washington and Oregon wines. The Oil & Vinegar Bar nearby presents tastings of infused olive oil. 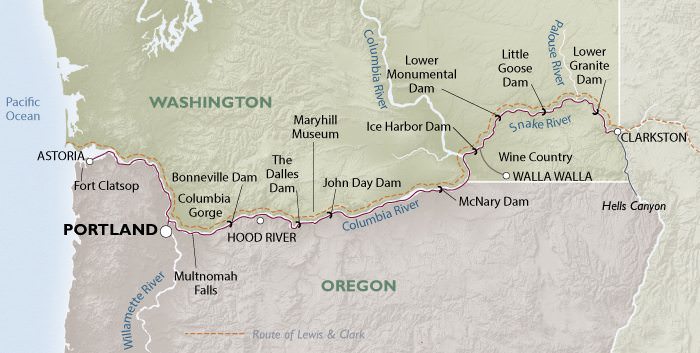 The S.S. Legacy is Un-Cruise Adventures’ replica coastal steamer that focuses on history in nearly every aspect of the onboard experience. To that end, recreated performances, period costumes and other devices are included to cleverly “turn back” time to the days of Lewis and Clark, or the glory days of the Gold Rush – all without sacrificing modern amenities or inclusions, like complimentary beer, wine, soft drinks, spirits and bottled water throughout the voyage, and inclusive shore excursion adventures when in port.

In the past, the S.S. Legacy has summered in Alaska, but beginning this year, she sails the fabulous Columbia and Snake Rivers year-round from Portland, Oregon.

More information on Un-Cruise Adventures will be forthcoming to River Cruise Advisor.