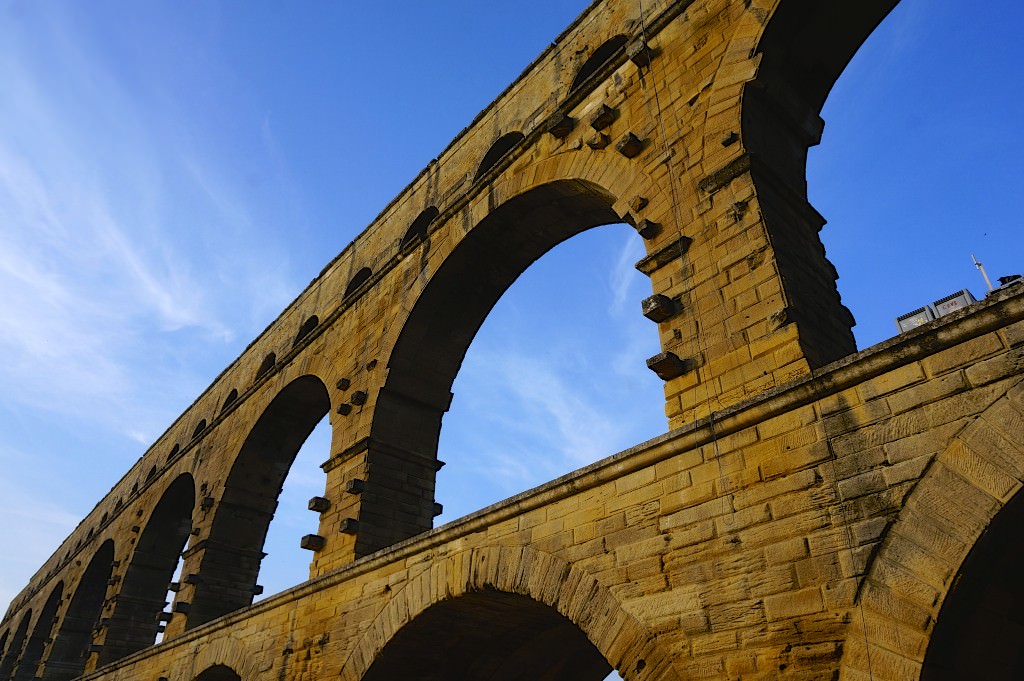 The Romans were known for their incredible mastery of architecture and engineering. One of the most impressive samples of this mastery is the absolutely gorgeous Pont du Gard. This bridge, crossing over the Gardon River, is one of the most-well preserved legacies of ancient Roman architecture in France, and in all of Europe, in fact. 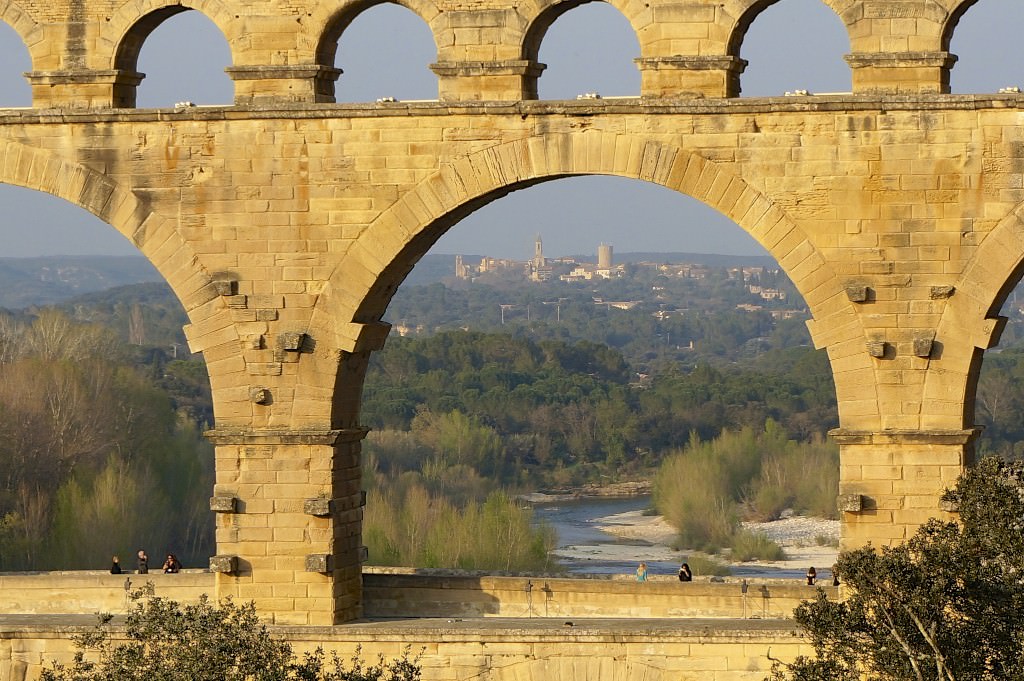 In the distance, underneath the arch, Castillon-du-Gard, a commune in the Gard department in southern France. © 2014 Ralph Grizzle

During the Roman Empire, the bridge was built as an aqueduct to provide water to the town of Nimes, which, because of its geographical location, formerly had complications getting a steady water supply. The water was taken from a nearby spring, traveling 31 miles to get to Nimes. Once in the town, the water was used for bath houses — which were popular in the Roman Empire — fountains, and in the houses of the wealthy. 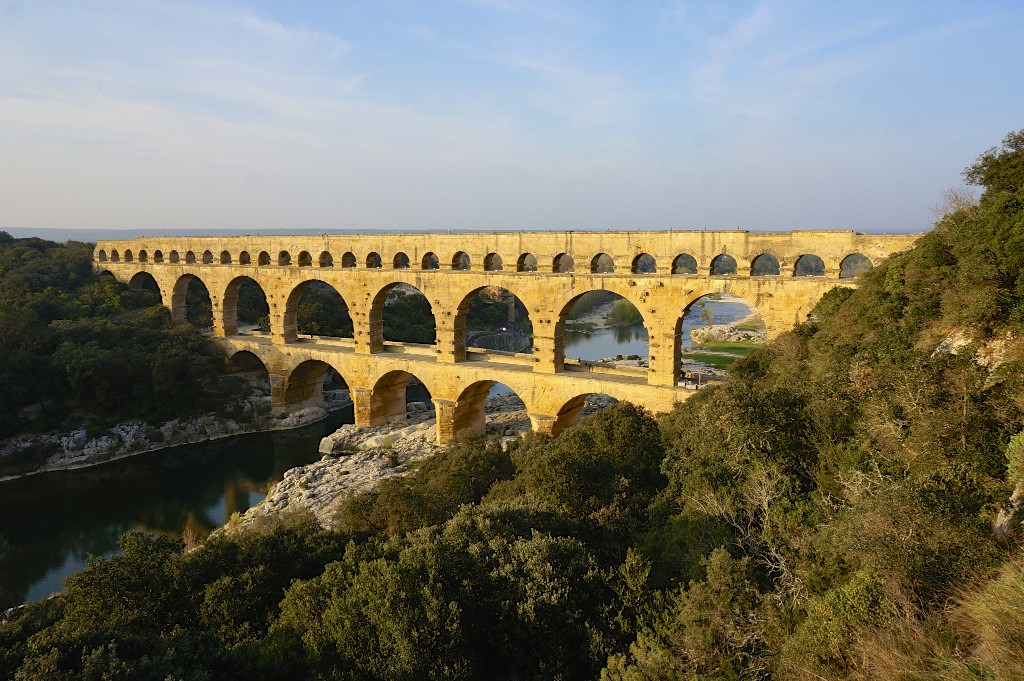 The pre-Christian era bridge was part of the aqueduct of Nîmes, which runs for 50 kilometers. Roman architects and hydraulic engineers designed the bridge, creating a technical — and an artistic — masterpiece. © 2014 Ralph Grizzle

Luckily, the bridge did not suffer the fate of most Roman structures, which is to say that Pont du Gard was not left abandoned and in ruins. Though Romans used it mainly as an aqueduct, after the Roman Empire fell, Pont du Gard continued to be used as a bridge, which ensured its preservation. The bridge’s incredible beauty and awe-inspiring architecture also played a role in its preservation, as it became the object of visits by the French court, including several kings. Paintings of it can be found in palaces, such as Fontainebleau.

It is not surprising, then, that the picturesque qualities of the bridge have also inspired writers such as Jean-Jacques Rousseau and Henry James. Nor is it a surprise that it has been named a UNESCO World Heritage Site, and that it is now one of the most popular sites in the entire county of France.