On Tuesday, I’ll fly to Nantes, France to paddlewheel along the beautiful Loire River. Because of its shallow waters, the Loire has never before been accessible by a river cruise vessel with staterooms designed for overnight stays. In other words, I’m going river cruising on a first-ever itinerary on a one-of-a-kind vessel. 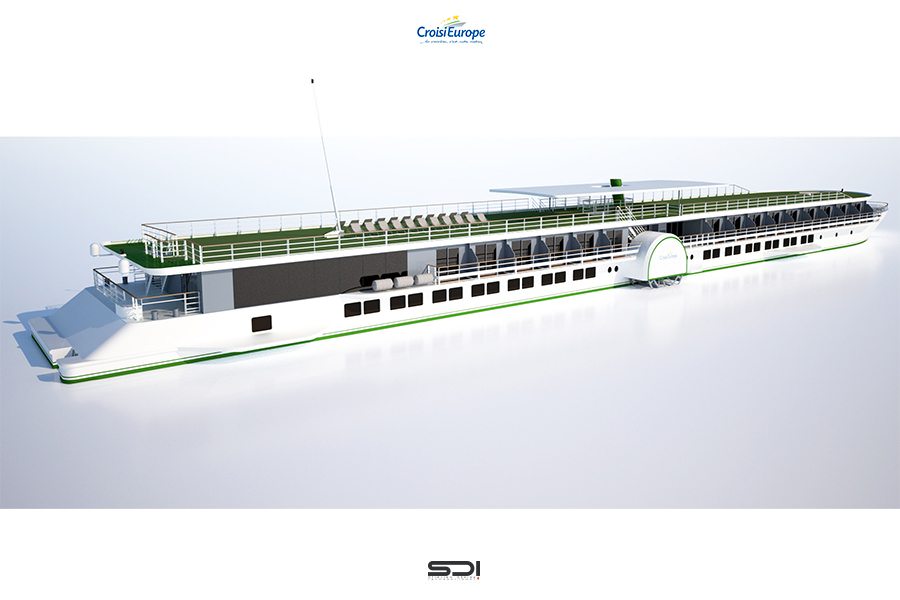 What is different about the vessel I’ll be on is that it features two paddlewheels, as you can see in the rendering accompanying this post. CroisiEurope’s Loire Princesse was designed specifically to sail its namesake river, which is the longest such waterway in France.

Dotted with spectacular scenery and UNESCO World Heritage Sites, the Loire boasts a veritable wealth of cities and castles along its storied banks. I’ll be in Nantes on the day of the ship’s naming, April 2, with the Schmitters, the Strasbourg-based family that owns CroisiEurope. Unfortunately, I will miss the christening event, which takes place hours before my arrival. But we’ll be on board for a couple of nights so that I can catch up on the river cruise company that everyone seems to be curious about.

Afterward, I’ll knock around in Nantes for a few days before setting off on the company’s first cruise six-day program on the Loire. Boarding is on April 9, with an optional cruise on what King Francois I called the “most beautiful river in France.” That’s not the Loire, but the river Erdre, which is a tributary of the Loire. 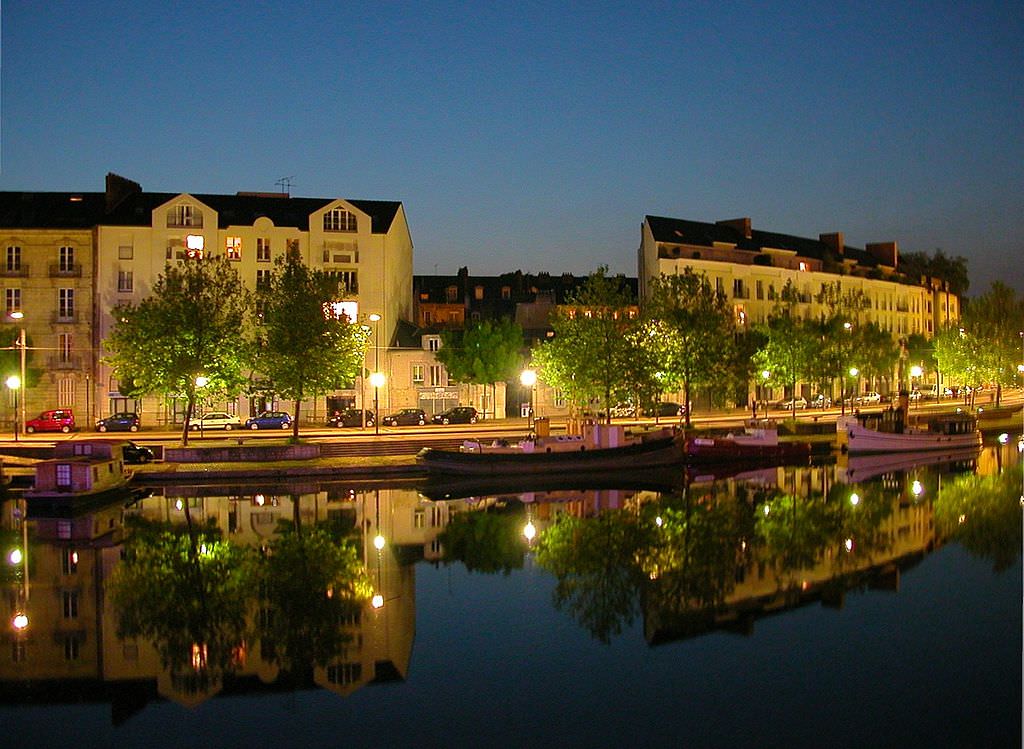 The Erde River in Nantes by Pymouss is licensed by CC BY-SA 3.0

The next day, we’ll head to Saint-Nazaire, where the finishing touches are being put on Loire Princess at STX France’s famed shipyards. That’s where ships like Cunard’s Queen Mary 2 and the famous CGT liner France (later Norwegian Cruise Line’s Norway) were built. Talk about a ship lover’s dream!

Day three takes us to Ancenis, with an optional excursion to the Muscadet wine-producing region. 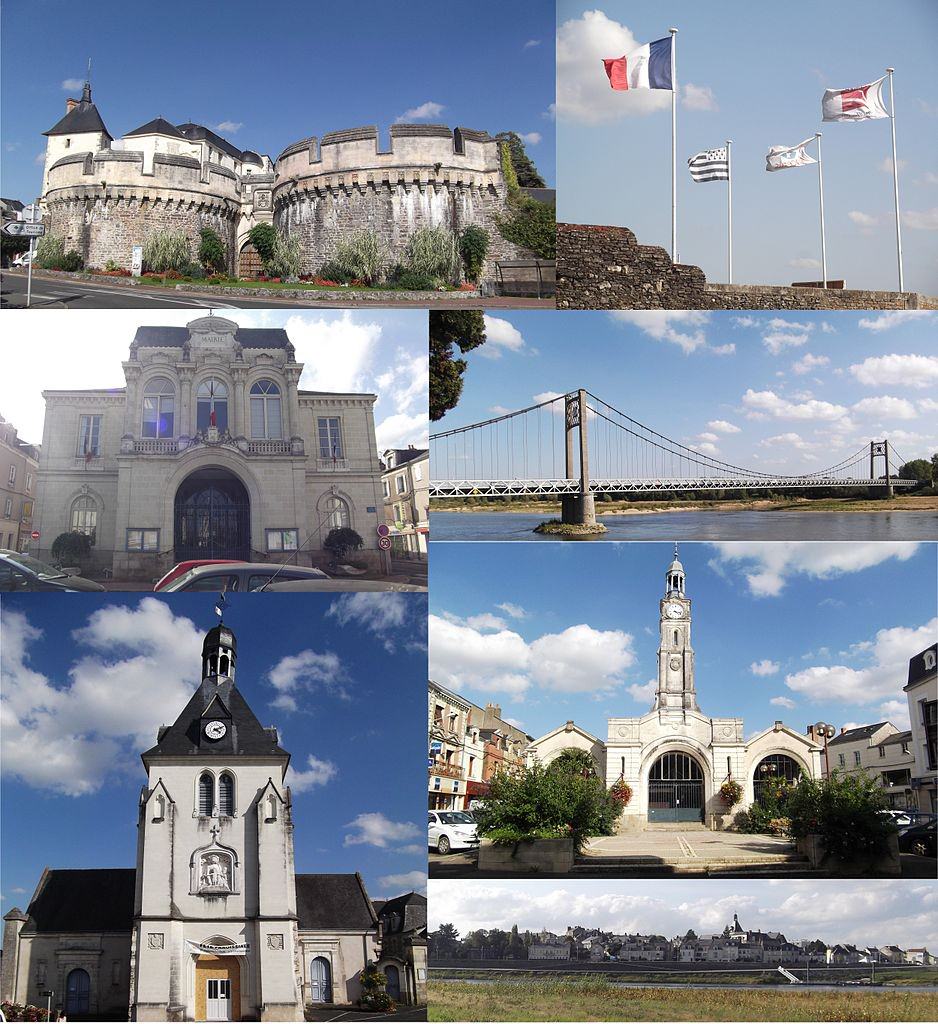 From top to bottom, left to right: The Château d’Ancenis, the flags above the town hall, the town hall, the Ancenis Bridge, St. Peter’s Church, the Halles in Ancenis, and a panoramic view of Ancients by Martoss8 is licensed by CC BY 3.0

We’ll head to Bouchemaine the next day with an optional tour of the town, which is the capital of the historical Anjou province.

On day five, we’ll have a full-day excursion to the Châteaux of the Loire Valley, part of the architectural heritage of several historic towns that illustrate the ideals of the Renaissance and the Age of the Enlightenment on French thought and design in the Loire Valley. We’ll see the Château d’Azay-le-Rideau, built on a small island in the middle of the Indre River, the lovely gardens surrounding the Château de Villandry, and the Château d’Ussé, with fortified towers. The latter is said to have inspired Charles Perrault “Sleeping Beauty.”

The Château de Villandry and its gardens by LonganimE is licensed under CC BY-SA 2.5

We return to Nantes and disembark the next morning.

Featuring paddlewheel-propulsion, the Loire Princesse is 295 feet long with a beam of 49 feet. The vessel accommodates up to 96 guests in a total of 48 staterooms.

Onboard amenities include free Wi-Fi internet access; a full-service restaurant capable of accommodating the entire passenger complement in a single seating; an inviting Lounge with a dedicated dance floor; and a sun deck that is perfectly suited to outdoor viewing. Also offered: unlimited complimentary onboard beverages, including beer, fine wine, spirits, mineral bottled water, soft drinks specialty coffees and tea. Plus, we’ll enjoy what the company calls “Superb French Cuisine.”

Dubbed a “Green Ship” due to the inclusion of environmentally friendly technologies, the Loire Princesse will operate a series of six to eight-day cruises on the Loire River.