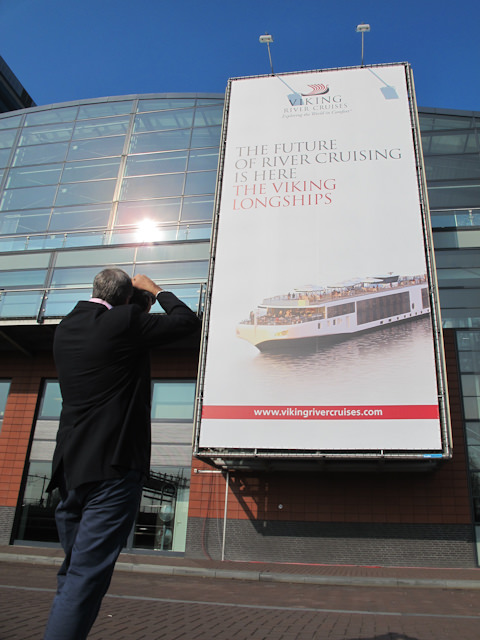 For the past three years, I’ve traveled to Europe every March to witness something very special: the launch of the newest batch of Viking Longship river cruise vessels from Viking River Cruises. This year will be no exception, as we travel to Amsterdam, Netherlands during the week of March 22, 2015 to witness the christening of the next 12 Viking Longships to hit the waterways of Europe.

Looking back on it, it’s hard to believe that in 2012, the first four Viking Longships ships were christened in the port of Amsterdam. The christening of four ships in of itself seemed like some kind of fanciful pipe-dream at the time; a feat never before accomplished. Back then, I glowingly wrote that Viking was embarking on a “massive newbuid order that will see twelve of these new “Longships” added to the feet by 2014.”

Twelve. Oh, how wrong we all were. 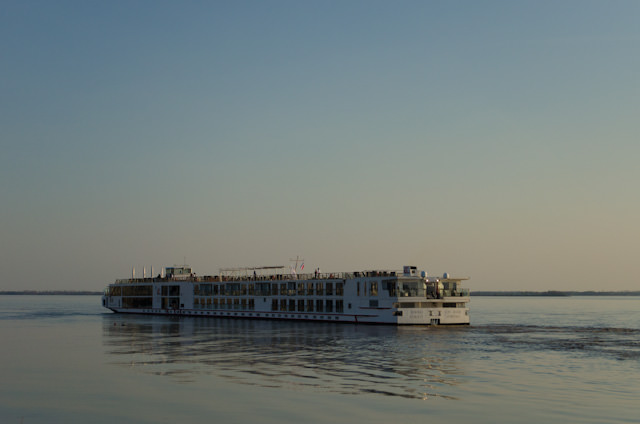 In actuality, demand far outstripped supply for the new Viking Longships, and Viking was forced to add new Longships as quickly as Rostock-based shipbuilder Neptun Werft could churn them out. A banner hung across the Passenger Terminal Amsterdam in 2012 proclaimed that, The Future of River Cruising is Here.

As it turned out, 2012 was a major turning point for both Viking River Cruises and the river cruise industry in general. Viking’s massive Longship newbuild program brought river cruising recognition to a greater segment of the population in North America. Their innovative partnership with PBS as a sponsor for MASTERPIECE (and, accordingly, the wildly-popular Downton Abbey) only furthered Viking’s brand recognition and continued to hammer home the benefits of river cruising. 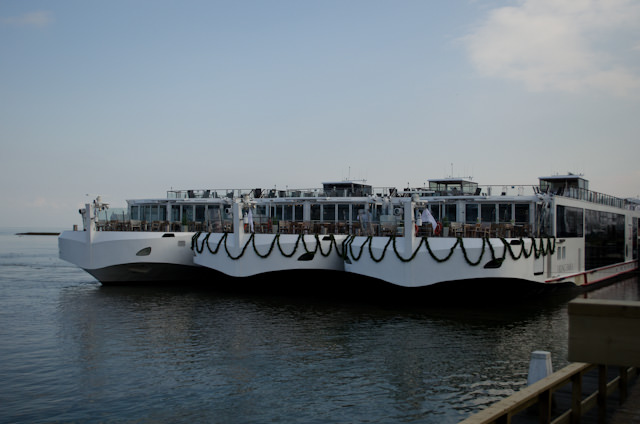 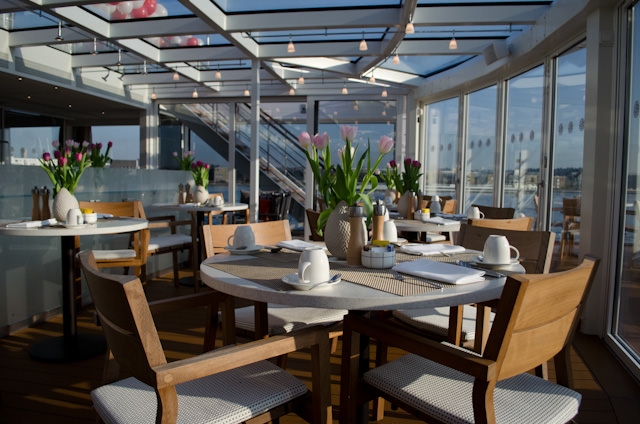 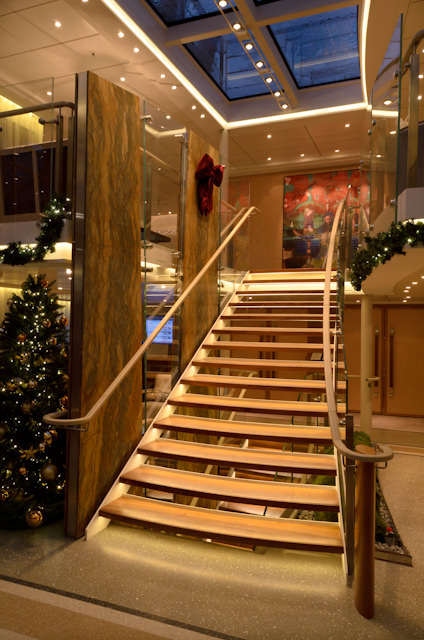 Viking Baldur’s atrium, decked out for the Holidays. Viking has made subtle but important changes to the interior decor, including textures and materials, of each successive Viking Longship. Photo © 2014 Aaron Saunders 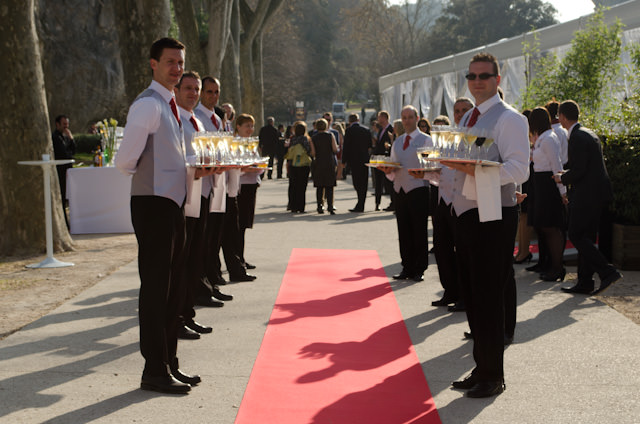 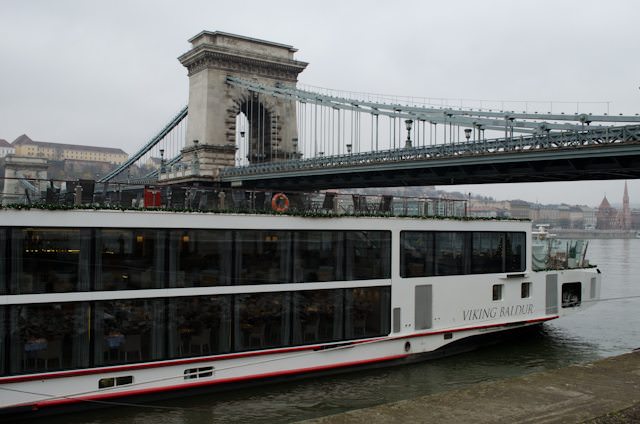 Adding ships and itineraries as fast as they could, Viking sailings were sold out months in advance. They still are, particularly where the massive Explorer Suites – the largest on European rivers – are concerned. Each Longship boasts two apiece, and these masterpieces of shipboard design helped Viking set a new standard of accommodations for the waterways of Europe.

More than that, the Viking Longships gave Viking the confident, proud voice it had been subtly building since it was founded in 1997 by the enigmatic Torstein Hagen – ex cruise executive extraordinaire. Hagen announced he was taking Viking back to his seafaring roots in 2013 when he revealed that the company would build a single ocean liner – Viking Star – that would debut in 2015. Now, with Viking Star’s launch just months away, that order, too, has ballooned in suitably Viking fashion. Two additional sister-ships (Viking Sky and Viking Sun) will enter service in 2016 –along with, presumably, more Longships.

Why is this so special? Have a look at this video Viking produced last year. Being there in person was a moving experience. This isn’t just about a company launching more ships; this is about a man achieving the dreams he dared to dream. This is about every single person who works at Viking achieving what many thought was impossible – and doing it again and again.

In actuality, I probably didn’t need to go to this year’s christening ceremonies. From a purely practical standpoint, I already know the ins and outs of the Longships – though I am looking forward to seeing what subtle changes the design team has made to this batch (there are always numerous tiny changes made to each successive series of Longships). I’ve been to Amsterdam enough times to give the tour at the Rijksmuseum, and I’ve walked the gorgeous canal-lined streets and cycled through its busy thoroughfares. But, much like a Viking ship, returning to Amsterdam always feels a bit like coming home. 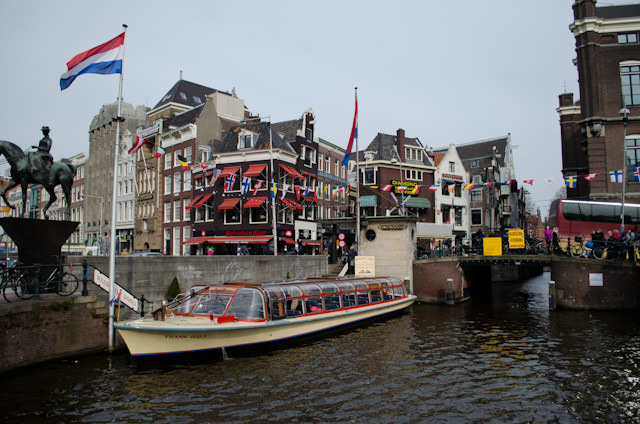 Strolling through Amsterdam is an adventure in exploration. Photo © 2013 Aaron Saunders

The reason I long ago blocked this week off on my calendar – the reason I made sure that nothing got in the way of these Christening Ceremonies, and the reason I turned other christenings down – is that for me, the 2015 Viking Longships ceremonies are a very personal event. I’ve been there since the start, back in 2012, when Viking’s massive newbuild program was met with equal parts skepticism and wonder by their competitors. I saw them set a Guinness World Record in 2013 for the most ships launched on a single day, then singlehandedly break that record in 2014, when they christened a whopping 18 ships.

The original prediction that Viking would take delivery of 12 new Viking Longships by 2014 turned out to be wildly inaccurate. Instead of launching 12, they had taken delivery of over 30. 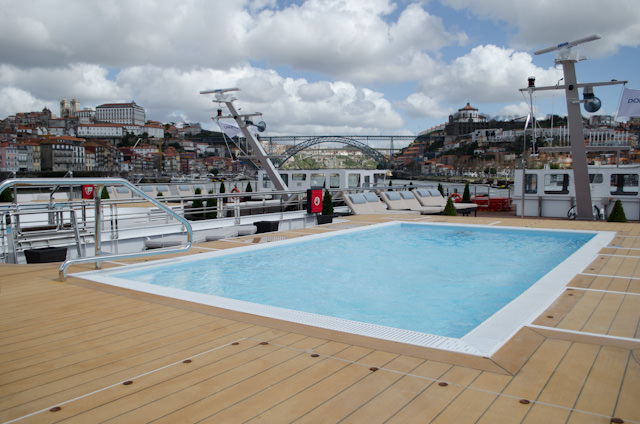 The pool aboard Viking Hemming, sparkling in the sunshine in Porto, Portugal. Viking Hemming is one of two Longship-inspired river cruise ships introduced by Viking last year. An additional two will set sail this year on the Elbe River. Photo © 2014 Aaron Saunders 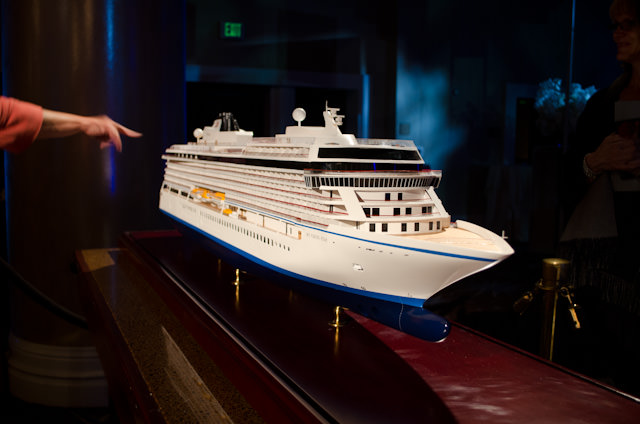 This year, we’ll be on-hand to witness the christening of 10 brand-new Viking Longships, and two new Longship-esque ships that will modernize river cruising on the notoriously-shallow Elbe River.

With twelve new ships hitting the waterways of Europe this year, the future of river cruising is still very much being written. 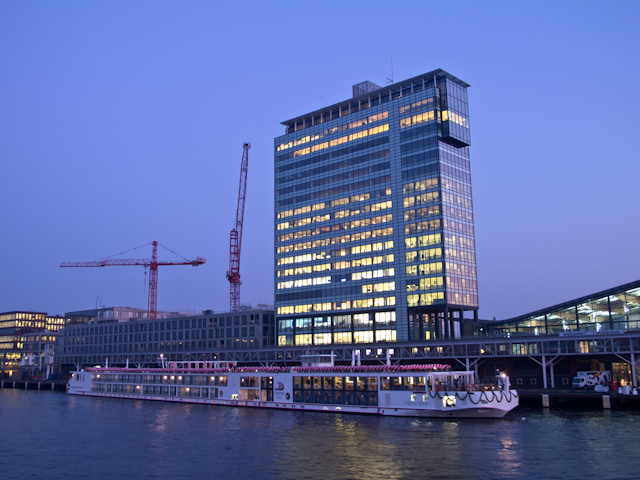 Viking Idun, sister-ship to Viking Odun, berthed next to the Amsterdam Passenger Terminal in Amsterdam, Netherlands after her christening in 2012. Photo © 2012 Aaron Saunders