You are here: Home / Cruise Companies / A-Rosa / Are There Elevators on River Cruise Ships?

River cruise ships are much smaller in size when compared to ocean-going vessels. Elevators are always part of a large ship’s structure, but this isn’t necessarily true for smaller ships. 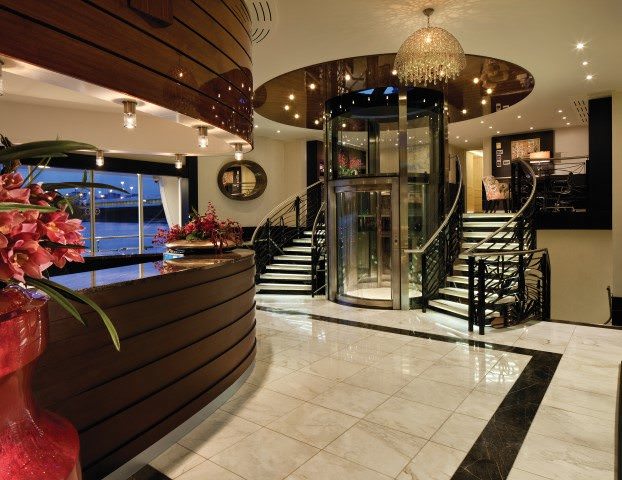 The elegant reception lobby aboard AmaSonata with a glass-enclosed elevator. Photo courtesy of AmaWaterways.

It’s Likely Your Ship Will Have an Elevator

If you’re planning to take a river cruise, you might prefer a river cruise ship that has an elevator. Fortunately, most U.S. and European vessels do have at least one. If you have mobility issues, a river cruise could present some other obstacles on the ship as well as during land tours. For those who only have a little trouble getting around, it’s nice to have the option of taking the stairs or taking the elevator.