In October 2015, Uniworld Boutique River Cruise Collection will once again be operating river cruises along the famous Nile River. Uniworld is now accepting bookings for its fabulous Splendours of Egypt & the Nile itinerary, which departs roundtrip from Cairo aboard the 82-guest River Tosca. 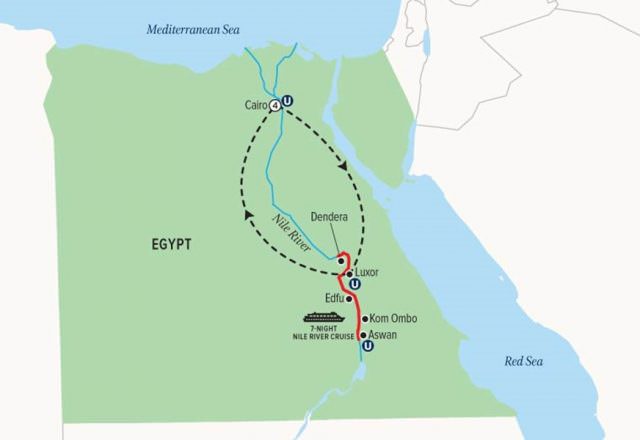 Uniworld’s 12-day Splendors of Egypt & the Nile itinerary is back as of October 2015. Illustration courtesy of Uniworld Boutique River Cruise Collection

This 12-day cruisetour includes four nights in Cairo at the Four Seasons Cairo (or similar), followed by a weeklong journey aboard the River Tosca. Uniworld is pulling out all the stops on this itinerary, which includes visits to four UNESCO World Heritage sites: the Temples of Karnak & Luxor; the monuments around Ancient Memphis, including the Pyramids of Giza and the Sphinx, the Valley of the Kings, and the Temple of Horus. 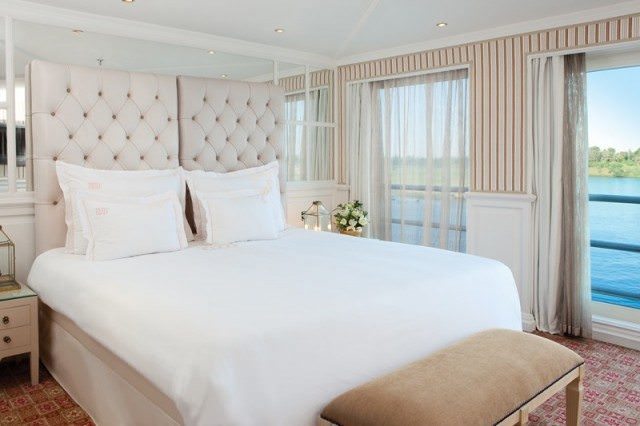 One of the spacious suites aboard River Tosca. Photo courtesy of Uniworld Boutique River Cruises.

Onboard the River Tosca, guests will be treated to local Egyptian entertainment, including a belly dancing performance, a Nubian show, and a Galabeya Party – an occasion where guests and crew alike are encouraged to dress in traditional Galabeya attire, which is native to the Nile Valley.

Uniworld also takes guests to see a sound and light show at the Pyramids of Giza. Other signature excursions include a boat ride on a traditional Nile River felucca, and a visit to a traditional Nubian village. 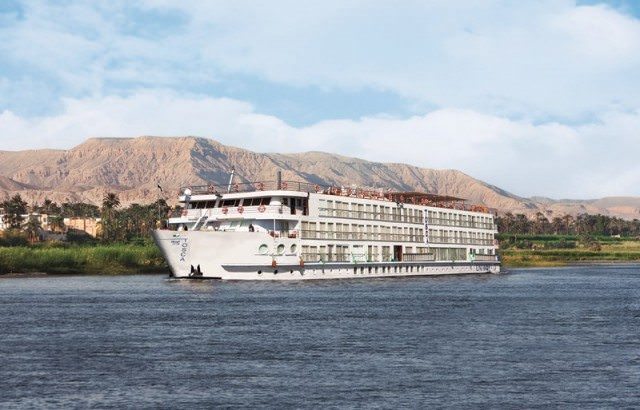