You are here: Home / Cruise Companies / A-Rosa / Solo Travel: Where Can You Find the Best Rates for River Cruises?

If you’re a solo traveler, you will likely want to know which river cruise companies offer the best rates for singles. After all, those companies count on at least two people occupying a room, and hence, double the revenue that would come from a cabin with only person occupying it.

Enter the single-supplement, a pricing structure that allows river cruise companies to make up for lost revenue when only one person is occupying a cabin.

When it comes to single supplements, there are significant differences among the river cruise companies.

In fact, it’s possible to avoid the single supplement altogether. However, the waivers often apply only to select itineraries for select dates, so you may need to be flexible. Also, some companies offer solo traveler savings only if you choose to be paired with a roommate or if you stay in a single stateroom (and there aren’t many of those on the rivers). 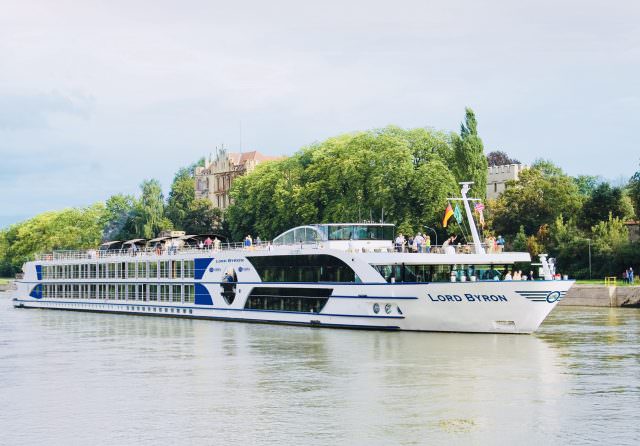 Scenic Cruises is waiving the single supplement fee for a couple of cruises in 2015. This savings applies to all cabin categories for the 15-day “Romantic Rhine and Moselle River Cruise” departing October 5th or October 19th. And the same savings is available for the 15-day “Jewels of Europe River Cruise” with several departures in March, October and November.

Additionally, Scenic is also offering a 40 percent single supplement for a few other river cruises throughout the year. This rate is not much different than many of the other companies that charge 50 percent to 100 percent of the per-passenger double occupany rate. In other words, solo travelers will pay 1.5 times to double the rate they would pay if they were to share the room with another traveler.

Tauck also is waiving its single supplement fee. This deal is available for all 2015 European river cruises. What’s the catch? This special rate applies only to category 1 staterooms. The stipulation might limit your options to some degree, but it’s still a pretty sweet deal.

Uniworld is also waiving the single supplement fees on select cruises for single guests who stay in a double stateroom. For 2015 Uniworld has a total of 16 itineraries that feature these special savings for solo travelers. A couple of the packages are listed below:

Grand Circle will waive its single supplement fee if you participate in the “FREE Roommate Matching Service.” With this program, you agree to be matched with a same-gender roommate. Even if you don’t end up with a roommate, you’ll still enjoy a free Single Supplement.

Grand Circle tends to specialize in solo travel. Fully 30 percent of its travelers fell into this category in 2014. The company claims that the average traveler savings compared to other travel companies is about $5,000.

The normal Single Supplement is about 125 percent of the regular rate (where two people occupy a stateroom) for European river cruises. For example, pricing for Grand Circle’s “The Seine: Paris to Normandy” itinerary begins at $2,495 per person for double occupancy and $3,090 for a solo traveler.

And for Grand Circle’s Yangtze River cruise, there is no single supplement fee added. The 20-day trip takes place mainly on land with a 4-day cruise on the Yangtze. Fares start at $2,395 per person.

Other river cruise companies will provide some type of discount if you are traveling solo, but some are not quite as generous with their single supplement rates as the previously mentioned companies.

Ultimately, what you’ll pay as a solo traveler depends on what you’re seeking. You might prefer a specific company or itinerary that does or does not offer special solo traveler rates. Keep in mind that it’s best to book early if you’re a single traveler, especially if you are looking for a single stateroom. Not all river cruise ships have single cabins, and those that do, have a limited supply.

A solo travel package is one way to save. When comparing packages, however, consider the bigger picture. Some river cruise lines offer more inclusive pricing than others. All things considered, you may be able to get a good rate on an all-inclusive vessel, even if you are charged a hefty single supplement fee.

Read other articles on this website related to Solo Travel.