In most river cruise regions, tours are coordinated by the river cruise companies in advance. Travelers are allowed to choose which tour or tours they would like to take. Depending on the length of the tour and the amount of time docked in the city, there is often time to participate in more than one tour. Transportation to and from the river cruise ship and between tours is provided by motor coach if it’s not within walking distance. 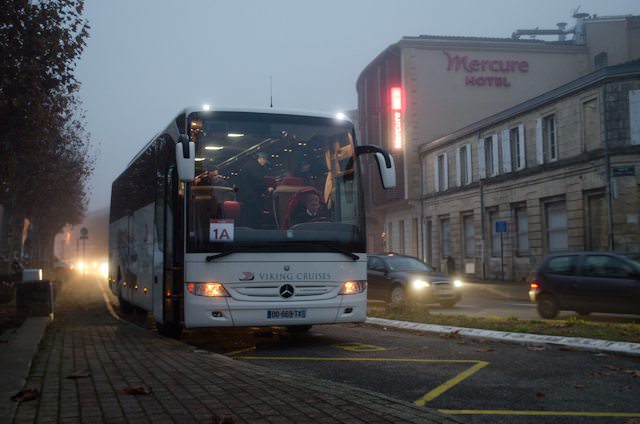 Some river cruise companies base the tour groups on the activity level required or desired. For example, AmaWaterways offers a “Gentle Walkers” group and an “Active Walkers” group. Even if the excursions are not segmented by activity level, there will still be more than one tour group for most destinations. This is due, in part, to capacity allowed for each excursion.

Shore Excursions Included in the Fare

In almost all regions of the world, shore excursions are included in the package. The complimentary excursions are fairly standard among river cruise companies, which means you’re likely to visit the same sites, regardless of the cruise line.

The more-inclusive cruise lines, such as Tauck and Scenic Cruises, sometimes include some “premium” tours or one-of-a-kind experiences that are unique to that cruise line.

Shore Excursions Not Included in the Fare

Ocean cruisers who have never been on a river cruise would probably not expect shore excursions to be included in the fare. However, for seasoned river cruisers, the expectation is there for onshore tours to be part of the package. While this is generally true, it isn’t always.

American Queen Steamboat Company does not include organized tours as part of any of its packages. However, the company does offer an interesting alternative called “Hop-On-Hop-Off Tours” that provides guests with an opportunity to explore famous sites in each city.

American Queen Steamboat Company transports guests by its very own motor coach service. Travelers are given a map that shows the hop-on-hop-off route and the city’s attractions. Admission is included for many of the tours. And for those in which it is not, a discount will apply. So to some extent, excursions are included in the fare, but not in the sense that they are organized as group trips.

This is difficult to estimate since you would have to look at each tour for each itinerary. The main thing to keep in mind is that excursions are typically part of the river cruise package. And they are included whether or not the package is all-inclusive.