There is a fairly wide variation among river cruise companies with regard to what is included in the cruise fare. Some companies are much more inclusive than others. Although, the trend in the industry is that more and more companies are offering all-inclusive fares; or, at the very least, including more in the base price of the cruise. 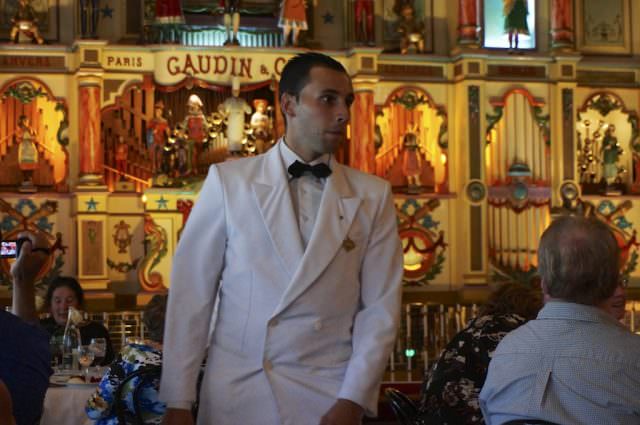 What exactly does “all-inclusive” mean? It depends on the river cruise company. In general, the higher the base price of the cruise, the more likely it is to be all-inclusive. This can make comparing cruise packages more complex, and it’s one of the reasons why seeking the advice of a travel professional can be helpful.

Generally, river cruises in Europe are more inclusive than they are in the United States. This could be due to the fact that there are more river cruise suppliers operating in Europe, and each company has its own policies about what’s included in the cruise fare.

What are some of the things that could be part of an “all-inclusive” package? The list is somewhat arbitrary, as each company can decide for itself. However, there are some industry standards by which you can gauge just how inclusive a package really is — nearly all river cruise companies operating in Europe including wine and beer with dinner, for example, yet some include complimentary beverages period, at any time of day or night.

What are some of the items that could be bundled in the cruise fare? There are quite a few. And even within each, there are varying degrees of how much. As noted, the higher the initial price of the package, the more inclusive your cruise is likely to be.

Transfer fees are not usually included in the fare. Some companies include transfers if air travel is booked together with the river cruise. Uniworld, for example, does not charge for transfers.

Some river cruise lines roll the port charges and other taxes into the package, so you won’t see an additional charge for these items.

Gratuities are not necessarily mandatory, but they are often expected. They are paid to both cruise ship staff and to tour guides and motor coach drivers onshore. Some companies include gratuities in their cruise fares.

Shore excursions are usually included in river cruise packages, but not always. Some companies also offer premium packages that can be purchased in addition to or in lieu of shore excursions that might be part of the package.

When it comes to beverages, there are the non-alcoholic variety, such as soft drinks, coffee, tea and even bottled water. There are also those drinks that contain alcohol – beer, wine and spirits. Some river cruise lines include some or all of these with lunch and dinner. Other companies charge a fee regardless of when they are served. And some allow you to drink whatever you want whenever you want – all are on the house.

Is Wi-Fi available free of charge on the ship? Is it available in your stateroom? This seems to vary more by region than supplier.

For those who keep fitness in mind, is there a fitness center or a pool onboard? Are bicycles available during your time onshore? This varies by ship more than by supplier.

In the coming weeks, we will break down each of these items and look at which suppliers offer the most inclusive river cruise packages and those that offer the least inclusive.