Uniworld Boutique River Cruise Collection will once again partner with Elisabeth von Trapp – granddaughter of Maria and Baron von Trapp, whose story inspired The Sound of Music – in 2015 for a variety of special music-themed river cruises. 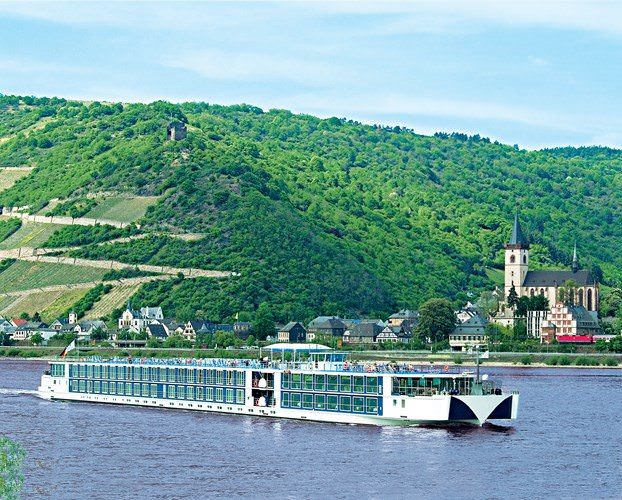 Designed to commemorate the 50th anniversary of the 1965 movie, The Sound of Music, Uniworld guests will be able to personally join Ms. Von Trapp on the July 26 and August 2, 2015 Enchanting Danube departures aboard the River Beatrice. Von Trapp, who has been singing and performing professionally since childhood, will be onboard to greet guests with a special welcome reception, concert and even “Evening Sing-Along” performances onboard as the River Beatrice sails from Budapest, Hungary to Passau, Germany or reverse.

In addition, other select itineraries and departure dates in 2015 will feature special onboard performances by Ms. Von Trapp. The full list of itineraries:

Enchanting Danube
Budapest to Passau | 8 Days
Join Ms. Von Trapp as she hosts the July 26 and August 2 departures, featuring a delightful “Evening Sing-Along” onboard and other special events. Or, enjoy an onshore performance at Salzburg’s famed Mirabell Palace Chapel on select departures.

Uniworld guests who want to visit one of the filming locations utilised in The Sound of Music are in luck: in addition to Uniworld’s excursions to Salzburg, Austria, select voyages from May through September on the line’s Enchanting Danube departures will feature an onshore concert at the Mirabell Palace Chapel in Salzburg, made famous by the “Do-Re-Mi” scene that was filmed in the palace gardens.

This is the second year that Uniworld has engaged Ms. Von Trapp and, judging by the runaway success of this year’s sailings, those scheduled for 2015 – and the 50th anniversary of The Sound of Music – will likely sell out fast.