You are here: Home / Commentary / When River Cruising: Mind the Ramp

I discovered another interesting fact about river cruising one afternoon aboard Uniworld Boutique River Cruise Collection‘s River Royale, which led to an amusing incident.  Since river cruising vessels often visit small little towns, the long and narrow ships parallel park next to each other – sometime three or more wide next to the dock.  When this is the case and passengers need to debark they must climb up and over the other ships using a small ramp connecting the top decks, then down the first ship closest to the dock, and out to port.  And do the reverse when getting back on. 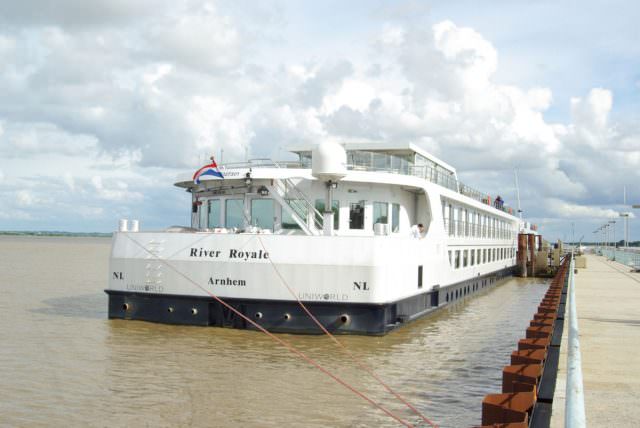 Make no mistake, this is a test. Is this your ship? Photo © Bob Ecker

There was a break in the clouds and the sunshine felt glorious so I grabbed an empty lounge chair on the top deck and settled in to read for awhile.  A woman came by and asked if the cushy lounge chair next to me was taken.  I assured her it was not, made some small talk and we soon began reading our books.  People on the next vessel, the Viking Forseti – not ten feet away from where I was lounging, were amiably walking around and some even stopped to chat with my new neighbor.  At some point I heard a horn and then a minute later the Forseti began pulling away, ever so slowly.

My neighbor looked up from her book, startled and yelled, Thats my boat!  She jumped up and ran around trying to get the Viking ship to stop.  Our French Captain appeared, scowling as he and the other captain shouted at one another in angry French.  Yet the Viking ship did not stop and this woman, visiting from Washington D.C. was now an official stowaway. 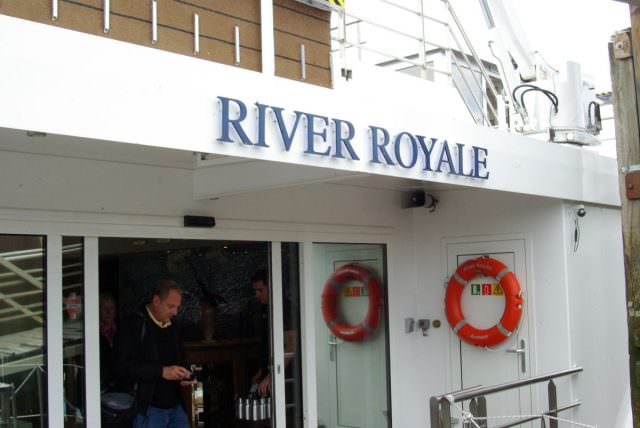 What’s In A Name? It’s something one passenger will never pass by without noticing again. Photo © Bob Ecker

Fortunately our Uniworld vessel was about three hours behind the Viking ship and both were heading to the port of Libourne that evening.  It was quite comical and after a few tears, even our unintended passenger took it in good stride.  She said she had not been up top on her ship and accidentally assumed that the nice lounge chairs were a part of her Viking Longship.

Our friendly Uniworld Hotel Manager invited her to dinner, bought her drinks and we all had quite a few laughs about it that evening.  What a cause celebre she became (I learned on both ships) as everyone was talking about it!  When we docked in Libourne, she quickly raced off the boat.  So beware the next time you cross over the top of a river cruise ship in port – try and remember which one is yours!

Bob Ecker is a Napa, California based travel writer.