Sometimes, we feel like we run an airline advice site instead of a river cruise advice site – particularly this month, as strikes have repeatedly hammered both Air France and Lufthansa. Now, with the Air France strike wrapped up, Lufthansa’s pilot union has announced a strike scheduled for September 30th affecting long-haul flights to and from Frankfurt. 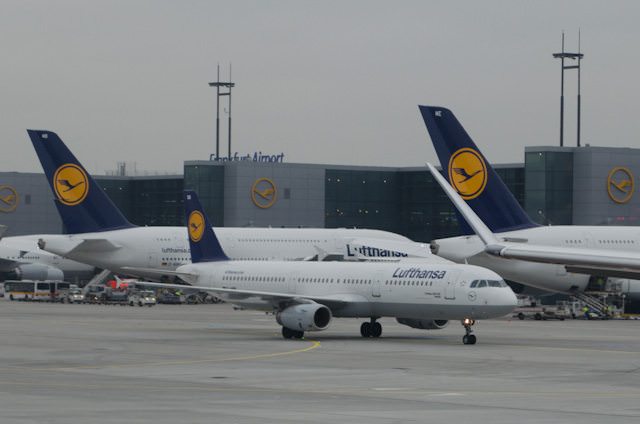 Long-haul flights to and from Frankfurt Airport on Lufthansa have been scrapped for tomorrow, Tuesday, September 30th, due to job action by Lufthansa’s pilot union. Photo © 2013 Aaron Saunders

Pilot union Vereinigung Cockpit has announced their members will not operate any long-haul flights to or from Frankfurt Airport, one of Europe’s largest air transportation hubs, effective 0800-2300 Tuesday, September 30th. At current time, Lufthansa has published a list showing roughly 60 cancelled international flights, many of which are due to depart today and which have now been scrubbed.

At this point, the strike is only scheduled to last a single day, but it’s worth noting that additional delays and cancellations could be felt throughout the week, as aircraft may not be in their proper locations to operate subsequent flights.

Lufthansa is currently offering affected passengers the option to rebook within the same booking class for future travel provided: