You are here: Home / Cruise Companies / AMAWATERWAYS / River Cruising: What’s Making It Such A Hot Trend?

From the Danube to the Mekong, we just can’t get enough of river cruising. And we’re not alone.

River Cruising has taken off in ways that even we couldn’t have anticipated when we started this site. Photo © 2014 Aaron Saunders

There’s no getting around the fact that river cruising is red-hot at the moment, not just in Europe but around the world. As more travelers uncover the magic of sailing the Danube, they become comfortable exploring other destinations by river as well; exotic destinations like Vietnam and Cambodia, China, and even Myanmar (Burma). So what makes it so alluring? 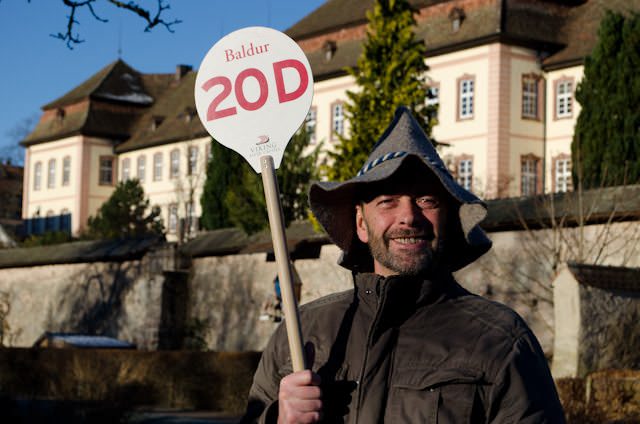 As travelers who have sailed on dozens of river cruises, we can easily understand why it has such appeal. Cruising on the rivers, particularly in Europe, is a relatively new mode of tourism that has taken the place of motorcoach tours. On those tours, travelers had to pack and unpack everyday, put their suitcases outside their hotel rooms early in the mornings and endure long motorcoach rides through Europe.

With river cruising, your hotel travels with you, which makes river cruising an extremely comfortable way to travel in Europe (and other destinations around the globe).

Beyond that, river cruising is immersive, educational and experiential. You really get to know a small slice of Europe, primarily the towns and cities along the storied rivers of Europe, or Asia or Africa. Plus, today’s river cruises are loaded with educational opportunities. Experts ranging from local vintners to brewers to historians, and entertainers ranging from musicians to dancers are brought on board at the various locks along the river to enhance the traveler’s experience of being in Europe.

So in essence, river cruising offers most everything that a motorcoach tour or a hotel stay could offer, but with a lot of added convenience and the appeal of being in motion on the rivers.

This Isn’t Your Father’s River Cruise 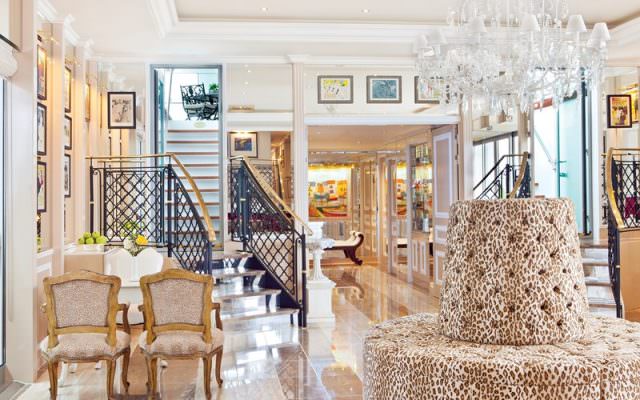 River cruising back in the 1990s and even before then was for the intrepid traveler. Accommodations were spartan, food was only okay and time ashore wasn’t as well organized and executed as it is today. River cruising wasn’t much better than staying in hostels.

Today’s vessels have been refined so that nowadays they resemble boutique hotels, and that is appealing to travelers who insist on having their creature comforts. The dining experiences aboard river cruisers have evolved also as has the service levels. On Uniworld, you may see white-gloved butlers serving afternoon canapés to suite guests. And while Uniworld is all-inclusive, nearly all river cruise companies offer complimentary wine, beer and other beverages with lunch and dinner.

In fact, there is a lot of competition in the river cruise sector to innovate, and that’s good for travelers. While the river cruise companies are restricted in that their vessels can only be so long and so wide in order to transit the locks, there is a lot of innovation taking place, and some companies are doing some remarkable things with their hardware.

AmaWaterways has dual balconies in the staterooms on its newest ships (a full step-out balcony and a French balcony); Tauck has loft staterooms on its newest vessels; Viking River Cruises sails a fleet of Longships, with the main corridors offset in order to achieve a greater variety of stateroom configurations, including “true” suites that feature separated living and sleeping spaces. In many ways, Viking’s Longships bring the same styles of accommodations ocean cruisers might expect to the waterways of Europe. 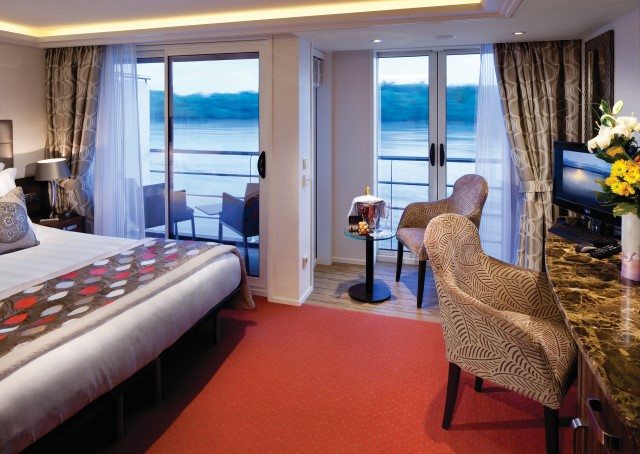 Lines like AmaWaterways have worked hard to bring ocean liner elegance to the waterways of Europe. Photo courtesy of AmaWaterways.

Typically, with ocean cruising, the first thing you experience is the security process, where you dump everything out of your pockets and proceed through scanners. You’re tired, you’ve probably just flown all day and perhaps even all night, and you’re ready to get on board.

On river cruisers, you simply walk from the dock along the short gangway. Within a span of five minutes, you can go from dock to your stateroom. The ease of entry exemplifies the entire river cruise experience. To take another example, you’re not ever bound to tendering ashore (except in some towns on the Mekong in Vietnam and Cambodia). You simply come and go as you please when the river cruise vessel is docked.

On the flip side, you may miss some of the ocean-cruise amenities — large spas and fitness centers, multiple dining venues and huge entertainment complexes, but river cruisers emulate these as best they can on their smaller scales. For example, many river cruise ships do have onboard Spas. Yes, they are small, but they are equipped with treatment rooms and hair salons, as well as fitness centers that may have a few cardio machines and some weights.

River cruise lines are also trying hard to change the perception of dining onboard. Years ago, meals weren’t much more than you’d get from a budget hotel, but today that’s all changed.

AmaWaterways, for example, has added alternative restaurants in the aft section of all of their vessels. These restaurants, which are open during dinner, are a tad more exclusive than the main dining rooms onboard, and typically serve cuisine from a menu separate from that of the main dining room. It’s also a very intimate experience, and can be a great choice if you’re celebrating a special occasion.

Viking River Cruises, on the other hand, pioneered the concept of the indoor/outdoor lounge on their Viking Longships.  Known as the Aquavit Lounge,  these are used primarily for breakfast and lunch, and they command enviable positions forward on the Longships. What better way to start your day than by having breakfast outside and up front in the Aquavit Lounge as you cruise along the rivers?

Go At Your Own Pace; Do Your Own Thing 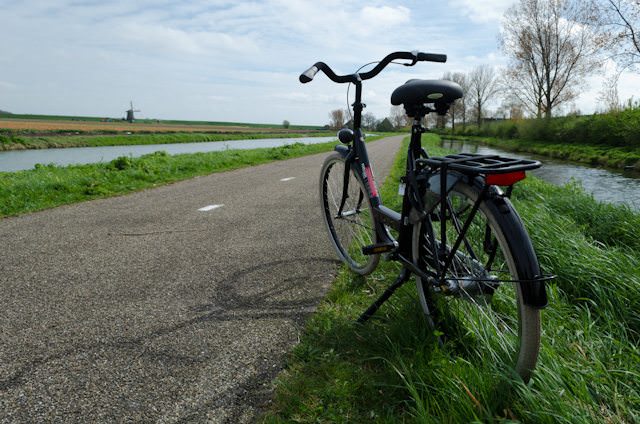 Cycling through the Netherlands? You can do just that on most river cruise lines. Photo @ 2014 Aaron Saunders

One of the most talked amenities, at least in our circle, are the onboard bicycles. It seems that more and more people are using the bikes that are provided at no additional charge on many river cruise vessels. The bikes help you cover a lot of ground while satisfying your fitness cravings, and in many respects, actually complement the river cruise experience. Both are great ways to explore Europe — at just the right pace.

In addition to the spas and fitness centers and multiple dining venues found on some river cruise vessels, travelers will also find free — yes, free — internet access. The ocean cruise companies impose hefty fees for internet access. We’ve even found the complimentary connectivity on river cruise vessels to be sufficient enough to run this website while we’re sailing down the rivers. The one downside is that it may not be entirely reliable, particularly when passing through locks. Patience is required!

On many vessels, travelers also will find large, flat-panel televisions in their staterooms, with a good selection of movies and television programs. Many vessels also feature elevators for those who have difficulty navigating four decks (nearly all river cruise vessels have only four decks due to height restrictions on the rivers).

These Are A Few Of Our Favorite Things…er…Destinations 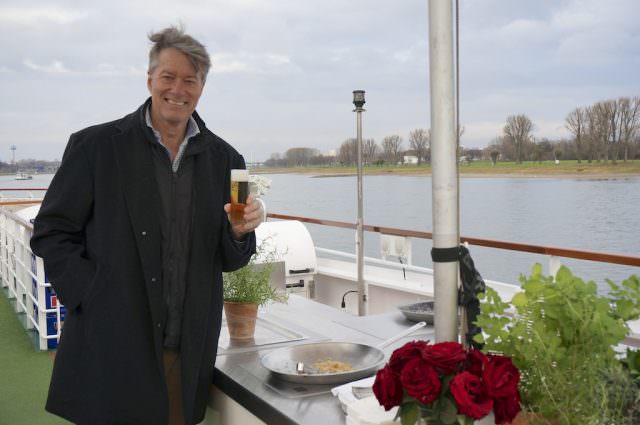 The expanse of Europe represents our favorite destination for river cruising. There is so much more there than some people realize, and that goes for Europeans, too – not just the typical North American traveller you might picture when you think of Europe. Personally, we (Ralph & Aaron) both never knew that there was a river cruise across Sweden, for example. Actually, it’s a canal cruise, but it’s the same concept as river cruising, and a beautiful way to experience such a gorgeous country.

More in the mainstream, however, are the Rhône and Saône rivers, favorites for Francophiles and lovers of Provence. These typically sail from Lyon, a great city known for its culinary offerings.

From Paris, you can cruise the Seine, all the way to Honfleur and Le Havre. It’s the perfect cruise for those who either appreciate Impressionistic art (you can visit Monet’s gardens at Giverny) or World War II history (tours to the Landing Beaches are offered on most cruises along the Seine). River cruise operators are also developing voyages on the Gironde estuary from Bordeaux.

The Moselle, which flows through France, Luxembourg and Germany, is a gorgeous river, with its steep vineyards soaring up the from the banks. The Moselle joins the mighty Rhine River at Koblenz, where we enjoy bicycling to the Deutsches Eck (the German Corner) and the monument of Emperor William I on horseback situated there. The Rhine is also home to the mythical mermaid, Lorelei. Most Rhine cruises pass the Lorelei Rock.

First-time river cruisers often become initiated on the Danube, on cruises from Budapest, Hungary to Passau — or Nuremberg — Germany. You can cruise from Amsterdam to the Black Sea on voyages along the Rhine and Main, transiting the Main-Danube Canal, and along the Danube to the Black Sea. These cruises typically take two or more weeks.

Portugal has the Douro, Italy has the Po, Spain has the Guadalquivir and the Guadiana. There are just so many experiences available to river cruisers in Europe. Then there’s Asia, Africa, Russia, South America, and even the Mississippi and the Columbia rivers in the United States — and many more rivers where river cruising is thriving.

The Mekong is filled with amazing opportunities. A river cruise destination not to be missed! Photo © 2013 Aaron Saunders

Don’t think you’ll go just once. That rarely, if ever, happens. We’ve talked to countless travelers who just can’t get enough of river cruising, and so they cruise once or twice every year.

With the fact that you will repeat river cruises in mind, don’t feel pressed to feel like you have to choose the perfect destination, as if you’re only going to do this once. Start with one of the marquee rivers, such as the Rhine or the Danube, then on your next trip, experience any of the rivers in France. You’ll have your sea legs (or make that “river legs”) by then.

Next, look to river cruising in the Iberian Peninsula or in Italy. There’s enough in Europe to keep even Europeans going in their own backyard for some time.

Forget about trying to time your river cruise. Go when there is availability — even in the winter. Christmas Market cruises, when Europe is cold and largely devoid of the mass of tourists that invade during the summer months, can be extremely enjoyable. It’s not likely that you’ll be able to cruise in January, February or March, however, as most river cruise companies take their vessels out of operation for repairs and refurbishment during those months.

River cruising is a lovely way to see some of the world’s most beautiful sights. If you’ve yet to experience the relaxed, meandering pace of the rivers, you may want take time to explore one of the most popular trends in travel.

There is no time like the present to begin that journey.