For those in the market for a Christmas river cruise, Europe isn’t the only destination you can sail to. American Cruise Lines recently unveiled its collection of North American 2014 holiday river cruises that include the American Thanksgiving, Christmas, and New Year’s Eve. 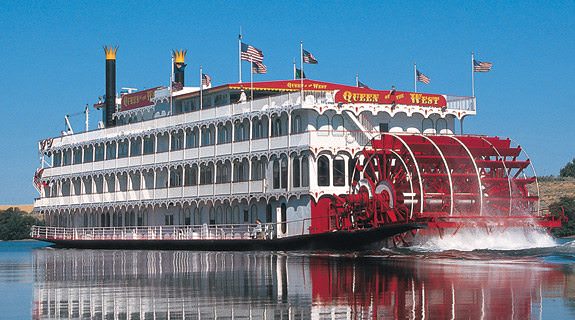 Departing on November 22, 2014, American Cruise Lines is offering Thanksgiving celebrations on their Mississippi River and Historic South & Golden Isles cruises. The line has partnered with the Connecticut Food Bank to help feed the hungry by donating $50 from each cruise fare sold on these Thanksgiving sailings, and raised more than $10,000 for the Food Bank last year. Guests will enjoy Thanksgiving in some of the most spectacular areas of the United States, complete with a traditional Thanksgiving meal that includes turkey, ham, stuffing, mashed potatoes, cranberry sauce, green beans, apple pie and more. The day before, guests may even join the head chef to learn how the meal is prepared.

Roundtrip New Orleans – Mississippi River: This year’s events include a tour of Oak Alley Plantation, along with a holiday concert in the music room of the beautifully preserved J.N. Stone House in the Historic Natchez. Onboard, guests will join a traditional feast with regional favorites. Gingerbread house and ornament making workshops will also be offered, as well as Christmas carol sing-alongs. This cruise also has a complimentary pre-night celebration on Dec. 19, including dinner at Antoine’s, one of New Orleans’ most historic and famous restaurants.

Historic South & Golden Isles: Guests will explore the holiday traditions of the Historic South as they celebrate Christmas on the Intracoastal Waterway aboard the Independence. Holiday-themed events include a tour of the Amelia Island Gingerbread house, Charleston’s Holiday Festival of Lights and a private dockside Oyster Roast on Sapelo Island. This cruise also has a complimentary pre-night celebration on Dec. 19, including dinner at the Ritz-Carlton, Amelia Island. 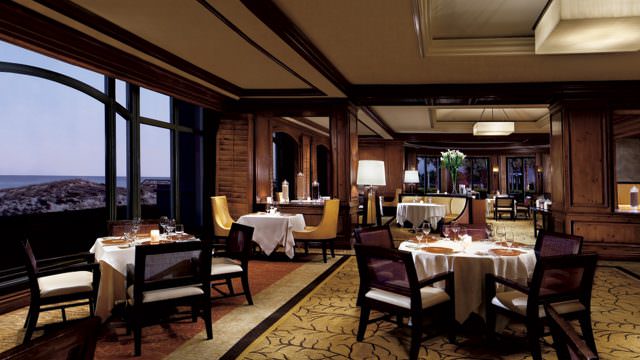 American Cruise Lines will offer guests on its Historic South and Golden Isles Christmas Cruise a pre-night stay and dinner at the Ritz-Carlton Amelia Island. Photo courtesy of Ritz-Carlton.

Finally, American Cruise Lines is offering special New Year’s Eve sailings through the Mississippi and Historic South that depart on December 28, 2014 and run right into 2015. These feature a fireworks display over Savannah on the Historic South itinerary, or lights tours at Oak Alley and Houmas House Plantations on the Mississippi roundtrip from New Orleans.

Onboard, guests will enjoy a New Year’s Eve cocktail hour, dinner and evening entertainment, as well as a midnight countdown and champagne toast. A New Year’s Day brunch will also be included. New Year’s Eve cruises also feature a complimentary pre-night celebration on Dec. 27, which includes welcome festivities and exclusive dinners at the renowned McCradey’s Restaurant in Charleston for the Historic South voyage; and Antoine’s Restaurant in New Orleans for the Mississippi roundtrip from New Orleans.

More information on American Cruise Lines can be found by viewing our company overview here on River Cruise Advisor.