On June 29, American Cruise Lines’s newest riverboat was launched from the Chesapeake Shipbuilding yards in Salisbury, Maryland. The as-yet-unnamed paddlewheeler was launched sideways into the Wicomico River, where tugs repositioned the hull into the shipyard’s East Outfittin Basin for her final fitting out. 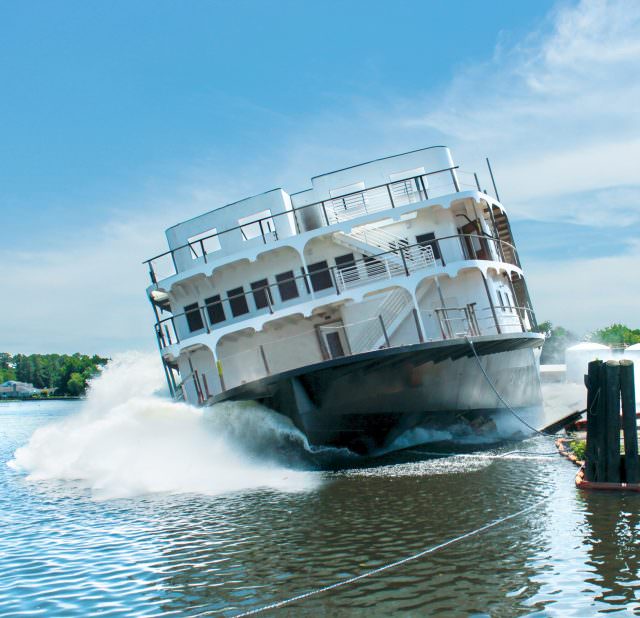 Designed to operate along the Mississippi, the new paddlewheeler will be capable of carrying up to 150 guests. She is scheduled to enter service starting in the spring of 2015, though no details were available as to when an announcement would be made regarding her name. Two additional sister-ships are also being constructed.

The ship launch occurred just weeks after the two hull sections, weighing almost 600 tons apiece, were welded together. In the coming months, workers will complete her upper deck superstructure before completing her interiors and accommodations.

Once completed, the new ship will become the second brand new riverboat built for the Mississippi by American Cruise Lines, which also operates the Queen of the Mississippi along the fabled river.

More information on American Cruise Lines can be found by viewing our complete company overview here on River Cruise Advisor.