You are here: Home / Advisories / Ukraine River Cruises Called Off – For Now

Tensions between Russia and the Ukraine continue to escalate as we head into the summer months – and arguably river cruising’s peak season in Europe. But while there’s a lot of talk about the economic repercussions, less attention has been paid to what’s happening with the country’s tourism industry. Given the increasingly unstable situation in the Ukraine, we thought we should take another look at the impact on that region’s river cruises. The news, unfortunately, isn’t good.

Viking River Cruises – which had, until this point, been the only North American-based river cruise operator in the region – seems to have scrapped the destination entirely, pulling the destination page straight off their website.

Until this year, Viking had operated the spectacular 12-day Footsteps of the Cossacks itinerary that ran between Kiev and Odessa. The company had also injected a fair amount of cash into their operations in the Ukraine, heavily refitting and renaming Viking Sineus to offer guests an improved onboard experience with the addition of new veranda staterooms for the 2014 season.

Viking Sineus now operates a new 12-night itinerary running from Bucharest, Romania to Istanbul, Turkey. So far, it is only scheduled for the 2014 season, and has two departure dates: September 8 and September 15, 2014.

Although the Kiev-to-Odessa Footsteps of the Cossacks itinerary is listed in the 2015 Viking River Cruises itinerary guide, it is missing from the company’s website. Its return likely hinges on a successful resolution to the conflict with Russia and the Ukraine. 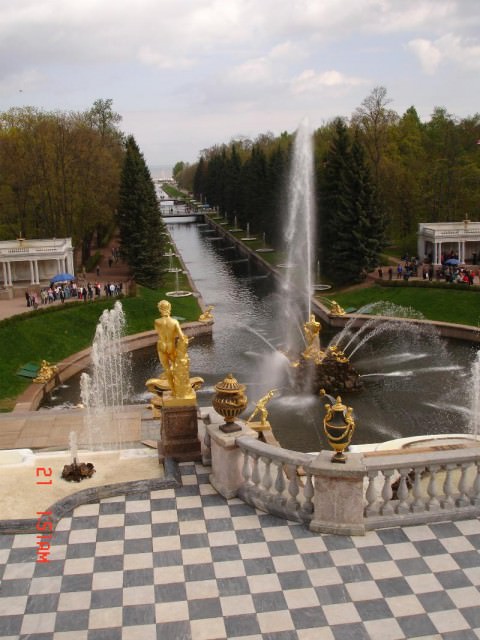 Russia, however, remains an entirely viable option for river cruisers. Viking River Cruises is still offering numerous departure dates on their popular Moscow-St. Petersburg Waterways of the Tsars journey. The company’s long, rich history in Russia and the personal connections of Torstein Hagen and his daughter, Karine, are no doubt keeping this itinerary safe and in-demand.

Scenic Tours is also still offering its 15-day Imperial Jewels of Russia itineraries that sail between Moscow and St. Petersburg and reverse. The same is true for AmaWaterways, which offers a similar itinerary operated aboard the AmaKatarina; and Uniworld Boutique River Cruise Collection, which offers 13-day voyages aboard River Victoria.

We will continue to monitor the situation in Russia and the Ukraine and provide updates here on River Cruise Advisor as needed.