Avalon Impression is based upon the same basic design as Avalon Panorama, which inaugurated the concept of “Suite Ships” for Avalon Waterways. The Suite Ships feature Open Air Balconies up to seven feet wide, which allow staterooms and suites to become almost entirely exposed to the fresh air of the Danube. Another subtle but noticeable Avalon hallmark: Beds are placed facing the expanse of openness, rather than simply facing forward or aft as aboard many ships. 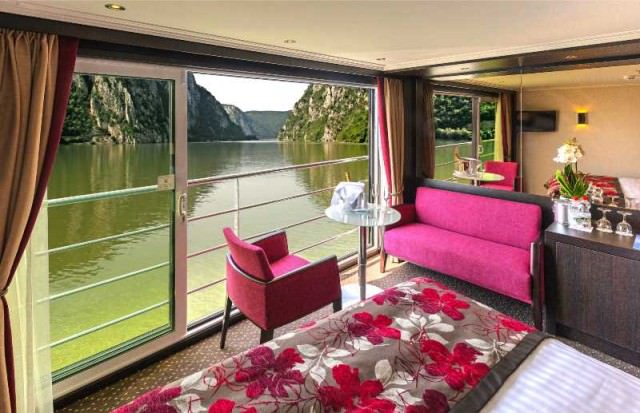 Back in March, Avalon Managing Director Patrick Clark said: “With two full decks of suites, nothing showcases the best of river cruising like our Suite Ships. Each Suite has been thoughtfully designed to enhance the European cruise experience. From bed and bathroom positioning to storage and sound-proof insulation, we provide cruisers a renewed feeling of freedom, space and comfort not found with other cruise lines.”

Avalon’s goal: to give its customers more choices. To that end, every new ship that Avalon launches features alternate dining venues for those who want light meals. Tours are designed for every activity level and can include guided bike tours or Nordic-style walks. And at Avalon’s disposal is the wealth of resources accumulated by parent company Globus.

Avalon isn’t slowing down any, either. Next year, Avalon Tapestry II and Avalon Tranquility II will debut along the waterways of Europe to replace their predecessors. The line will also introduce brand new ships along the Irrawaddy and Mekong River in Southeast Asia, giving guests the ability to explore the riches of Myanmar (Burma), Cambodia and Vietnam. 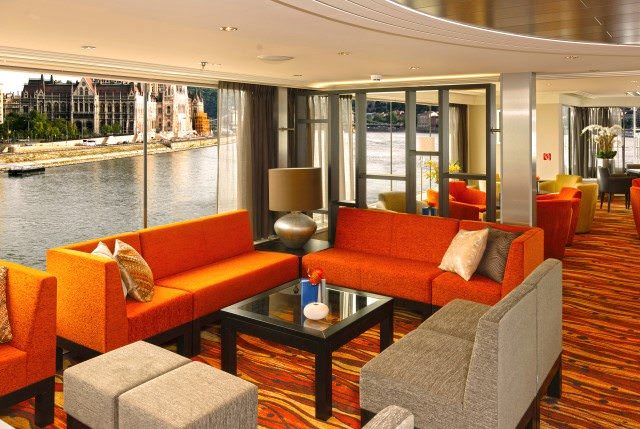