Avalon Waterways announced last week that it will construct two brand-new river cruise ships to its portfolio of Asian itineraries. Avalon Siem Reap will sail the Mekong between Cambodia and Vietnam, while Avalon Myanmar will sail through its namesake homeland along the Irrawaddy. 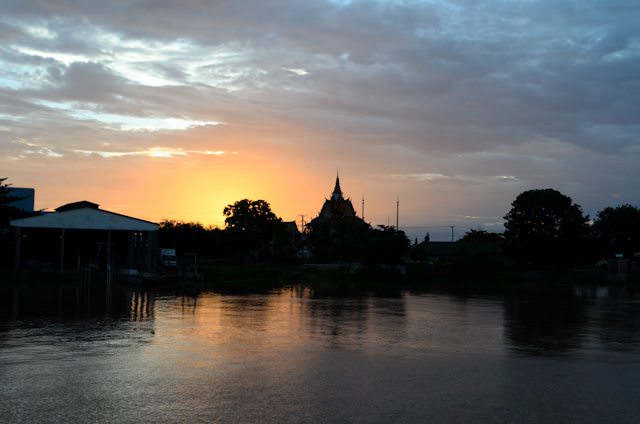 Avalon Waterways is set to debut two new vessels in Asia in 2015: one along the Mekong (above), and one plying the Irrawaddy. Photo © Aaron Saunders

What’s particularly noteworthy about this announcement is that both vessels will incorporate features from the line’s highly popular Suite Ships – like Avalon Panorama – that currently operate along the waterways of Europe. While the new Avalon Siem Reap and Avalon Myanmar will continue to be intimately sized with just 36 guests apiece, they will incorporate the line’s Open Air Balcony feature that transforms staterooms into a dual indoor/outdoor living space.

Avalon managing director Patrick Clark said the changes were meant to bring the same level of comfort Avalon’s guests are used to along the waterways of Europe, but in a more exotic package.

Avalon started sailing the Mekong back in 2012 in conjunction with Pandaw River Expedtions, using the 32-guest Angkor Pandaw. Avalon Siem Reap will replace the Angkor Pandaw, but fans of the ship’s colonial-style and traditional accents won’t be disappointed with Avalon Siem Reap, which will continue that trend.

Myanmar is quickly becoming one of the hottest emerging river cruise destinations, and this will be Avalon’s first venture into the region. Avalon Myanmar will sail a 10-night itinerary that is part of a larger 14-night journey that features overland stays. Avalon’s Golden Myanmar & the Alluring Irrawaddy.

Avalon Siem Reap will enter service in January 2015, and Avalon Myanmar will follow in September of that year.