It’s March, and for most of us, that means spring is here. But for those in the river cruise industry, March is special for another reason: It’s historically when lines put their newest vessels into service for the very first time.

This year is no exception; in fact, more new river cruise ships are scheduled to enter service this year than at any other point in history. An astonishing 14 ships are entering service with Viking River Cruises alone – and we’ll be bringing you all the latest updates as we travel to France to witness the third consecutive year of Longship christenings. 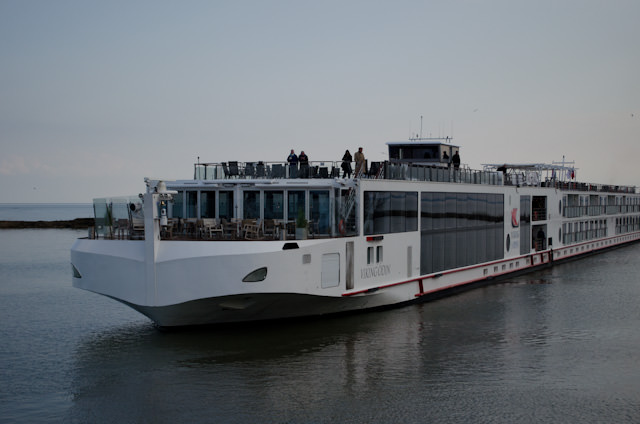 Viking Odin arrives in Hoorn, Netherlands last year. This year, Viking will christen a total of 16 ships in a ceremony in Avignon, France. Photo © 2013 Aaron Saunders

Beginning Monday, March 17, we’ll be reporting live from Avignon as we embark Viking Heimdal for an overnight stay prior to the actual christening ceremonies on Tuesday, March 18. A total of 16 ships will be christened in the city, recognized as a UNESCO World Heritage site and famous for its imposing Palais des Papes.

Viking has always put on a great show in the past, and this week will likely to be no exception … read more.

Our Live Voyage Report from the 2014 Viking Longship Christenings runs from March 17 to 22, 2014. Be sure to tune in – we’ve got some fun surprises in store along the way!