You are here: Home / Destinations / Christening Viking Hemming and Viking Torgil in Porto 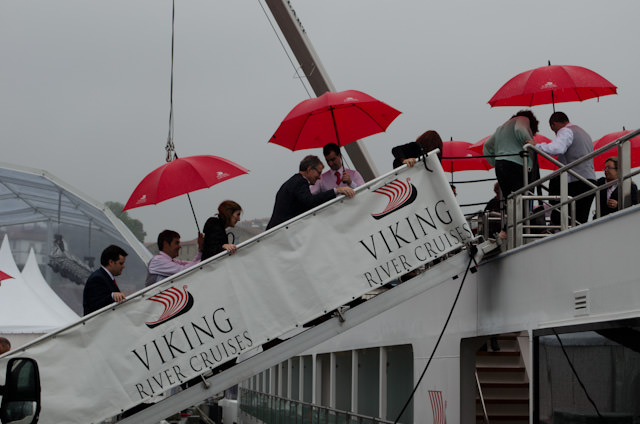 This morning, we bid farewell to Viking River Cruises Viking Forseti near Bordeaux, France. But we’re far from done with the 2014 Viking River Cruises Christening ceremonies. From the ship, we drove directly to Bordeaux’s Merignac Airport to board out flight to Porto, Portugal. Our purpose for the trip: to witness the christening of the new, Longship-esque ­Viking Hemming and Viking Torgil. 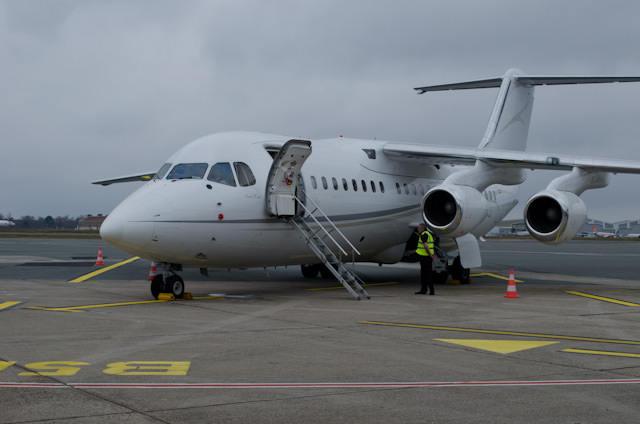 Once again, we boarded “the jet” – a private, 46-passenger BAE 146-200 operated by Cello Aviation. It’s slightly horrifying to discover how quickly you can become accustomed to this style of flying – even moreso when colleague Ralph Grizzle and I learned in conversation with the flight attendants that there are 46 bottles of Veuve Cliquot champagne on each flight – one per seat. 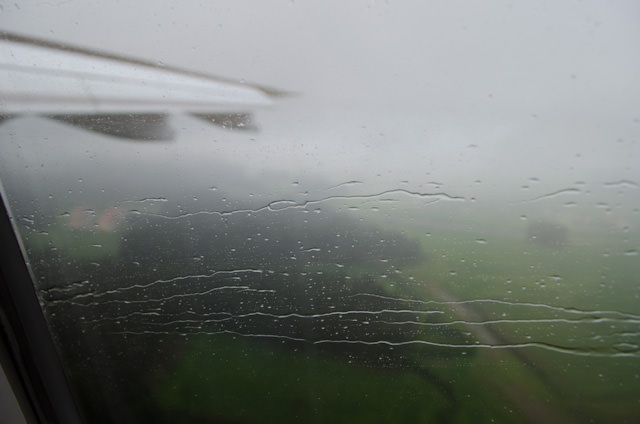 We touched down at 12:30pm local time (Portugal is one hour behind most of Central Europe) and immediately boarded a brand-new, Viking-branded Volvo coach. All of our coaches have been nothing but new, but this one takes the cake: our driver informed us he drove it directly from the factory to the airport to pick us up.

Within 30 minutes, we were in the heart of Porto, Portugal in the midst of a pounding rainstorm. Waiting for us was a conga line of Viking employees, each holding up bright red oversized umbrellas, waiting to take us onboard. 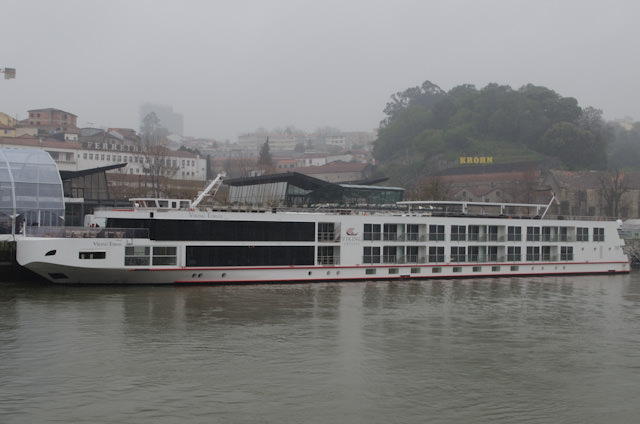 Viking Torgil at her berth on the Douro. Photo © 2014 Aaron Saunders

Unlike Viking’s European vessels, Viking Hemming and Viking Torgil aren’t owned by Viking, but by Douro Azul. Viking has the ship fitted out to its specifications and charters it from Douro Azul, which in turn provides the deck and engineering Officers and staff. The hotel staff are employed by Viking. 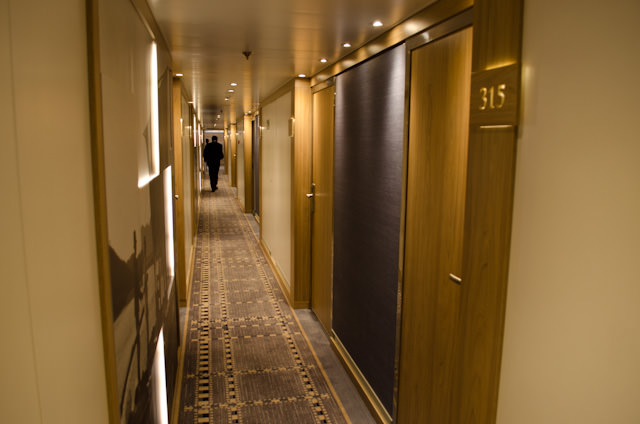 Welcome aboard! Stateroom corridors and furnishings are decidedly Scandinavian and Longship-esque, but with several pleasant differences. Photo © 2014 Aaron Saunders

Headed by Mário Ferreira, Douro Azul has been in business since 1993 when the company began operations along Portugal’s Douro River with a single vessel – the 130-guest Vistadouro. Now, 21 years later, the company has designed and constructed vessels along the Douro for every major river cruise operator, including Viking. Today, they are the largest river cruise operator in Portugal. 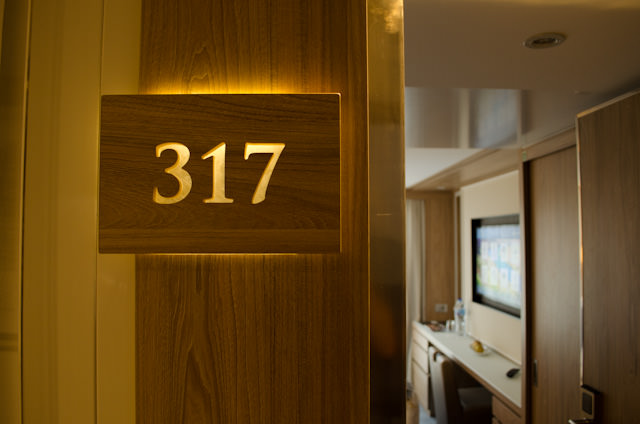 You may wonder why Viking wouldn’t just own and operate their own vessels here in Portugal as they do elsewhere in Europe. There are a number of reasons for this that range from flagging issues to local laws and regulations that make such an arrangement prohibitive. Viking, like every other river cruise operator, enters into charter agreements like this for their itineraries in countries like Portugal, Egypt, and even voyages along the Yangtze and Mekong rivers in Asia.

Viking Hemming and Viking Torgil have been built from the ground up to emulate the Viking Longships, and together with Douro Azul, And emulate they have. 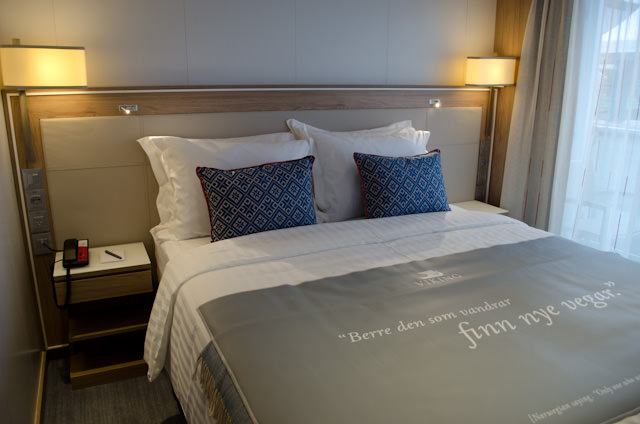 At 262 feet in length, both vessels are smaller than the average Viking Longship, but are appropriately sized for the Douro. They also carry fewer guests – 106 instead of 190. But if you’ve sailed on a Viking Longships before, you’re going to find a lot to love about these vessels. They’re not true Longships, but they’re most certainly Longship-esque.

I think it says a lot when cruise journalists – all of whom focus solely on cruising and cruise ships – blow off an afternoon of touring in Portugal to run around a four-deck vessel snapping photos. 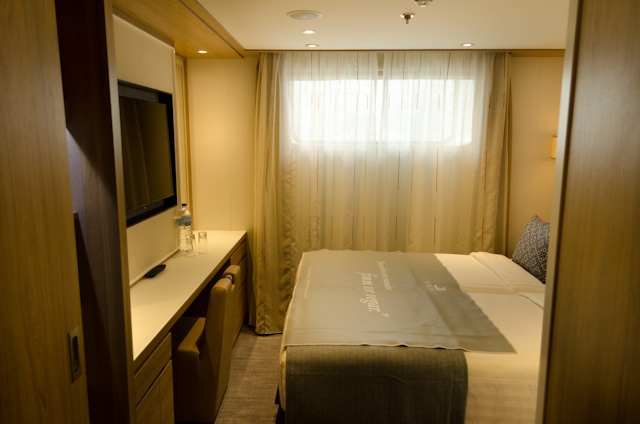 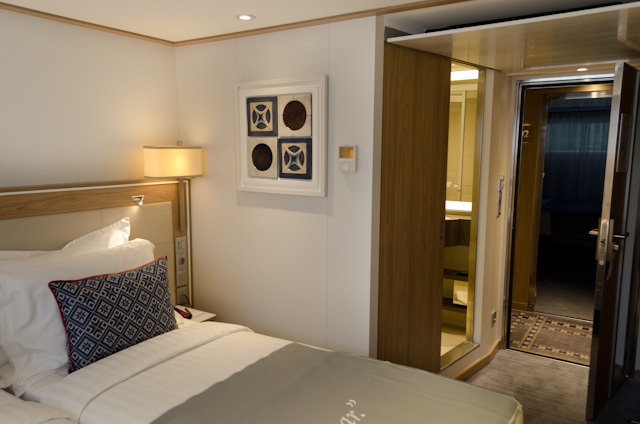 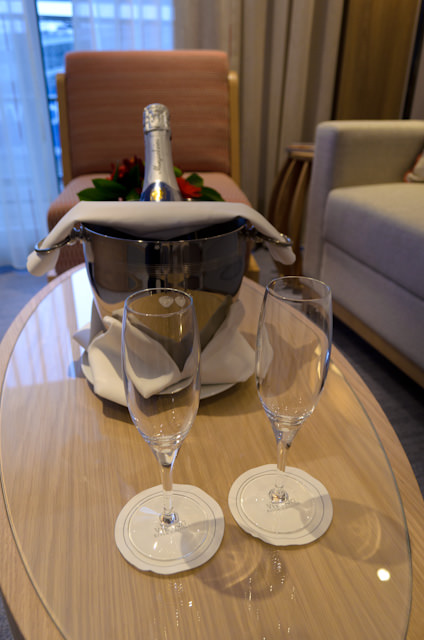 Our Live Voyage Report from the 2014 Viking Longships Christening Ceremonies continues tomorrow as spend some time exploring Porto and Viking’s Rivers of Gold itinerary! Be sure to follow along on twitter by following the hashtag #LiveVoyageReport.