This year marks the 70th anniversary of the D-Day landings off the coast of France that signalled a major turn in the direction of World War II. On June 6, 1944, troops from Britain, Canada and the United States seized control of 80 kilometers of the Normandy coast, which was divided up into five sectors: Utah, Omaha, Gold, Juno and Sword. It would become known as the largest invasion force in human history.

This year marks the 70th anniversary of the D-Day Landings on the coast of Normandy. Photo courtesy of Wikipedia / Creative Commons

In recognition of the 70th anniversary of D-Day, Uniworld Boutique River Cruise Collection is giving its guests the opportunity to visit several poignant World War II memorials on their river cruise itineraries through France and Normandy:

The museum is located along the stretch of coastline that was designated as “Gold Beach” during D-Day. Its close proximity to the shore allows visitors to see remnants of two Mulberry harbors; these portable temporary harbors were essential for rapidly unloading cargo during the invasion.

During the Normandy landings, the 3rd Canadian Infantry Division was responsible for taking the section of coastline known as “Juno Beach.” The Juno Beach Center is the only museum in Normandy that commemorates the contributions made by Canadian forces throughout the war.

Located in the Colleville-sur-Mer, near the section of coastline designated “Omaha Beach,” the cemetery and memorial honors American soldiers who lost their lives while fighting in Europe. Throughout 2014, Uniworld guests can participate in a special ceremony during their visit that involves a wreath laying, the American anthem and a moment of silence. 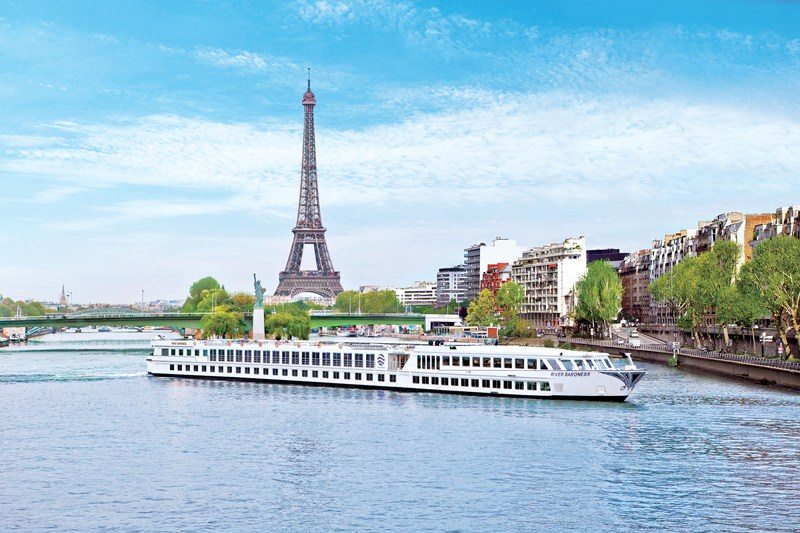 Uniworld operates three distinct itineraries that highlight some of the most beautiful and historic ports of call throughout France and Normandy:

The latter two itineraries are particularly noteworthy as they include weeklong voyages on two Uniworld river cruise ships, linked together by high-speed TGV train. This allows Uniworld to offer 15-day itineraries that would otherwise be impossible on a single vessel, but without the need for time-consuming motorcoach transfers and overnight hotel stays.

If you want to make the most out of your journey to France, it’s tough to go wrong with either of these itineraries. And with the anniversary of D-Day fast approaching – not to mention the 100th anniversary of the start of World War I – there’s never been a better time to visit this historically rich country.

More information on Uniworld Boutique River Cruise Collection, its fleet and itineraries, can be found by viewing our complete profile here on River Cruise Advisor.