While many river cruise operators are actively looking for ways to expand their product and destination offerings along the waterways of the world, one line has announced it is withdrawing from the rapidly-expanding river cruise market to focus instead on their niche oceangoing cruises.

Hamburg-based Sea Cloud Cruises announced today that it has sold its River Cloud II river yacht, which will be transferred over to an undisclosed buyer following the completion of the 2014 river cruise season. The company will then turn their focus over to their oceangoing windjammer ships, Sea Cloud and SeaCloud II. 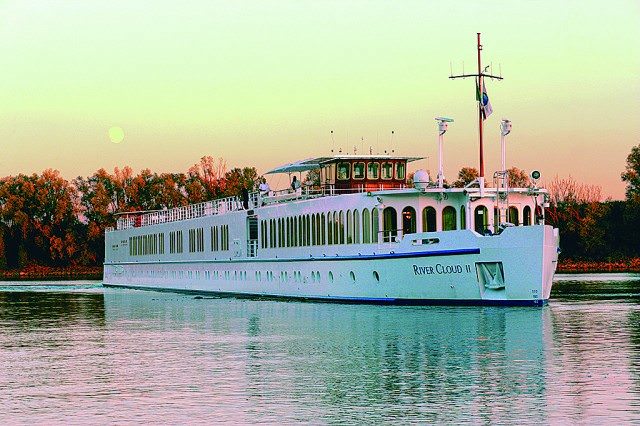 River Cloud II will be transferred to a new operator following the completion of the 2014 season. Photo courtesy of Sea Cloud.

In a statement released by Sea Cloud, the company cited growing competition in the river cruise arena as the primary reason for their decision. Sea Cloud felt that their popular oceangoing cruise ships, which are sailed traditionally by hand, offered a successful niche that allowed them to effectively compete in the diverse ocean cruise market.

The line stated that emphasising the high quality standards aboard River Cloud II in the crowded river cruise market had become unsustainable.

Sea Cloud Cruises has been operating on the oceans of the world since 1979, winning over legions of fans with their sleek and historic four-masted Sea Cloud serving as the high standard model for the rest of the fleet. Both oceangoing vessels were recently ranked among the top five boutique ships in the world by the prestigious Berlitz Guide to Cruising and Cruise Ships.

Sea Cloud’s departure from the river cruise market is a true disappointment. But it also raises what could be a troubling question: in the growing river cruise market, is there a place for luxury and ultra-luxury providers who specialise in small, hand-crafted cruises?