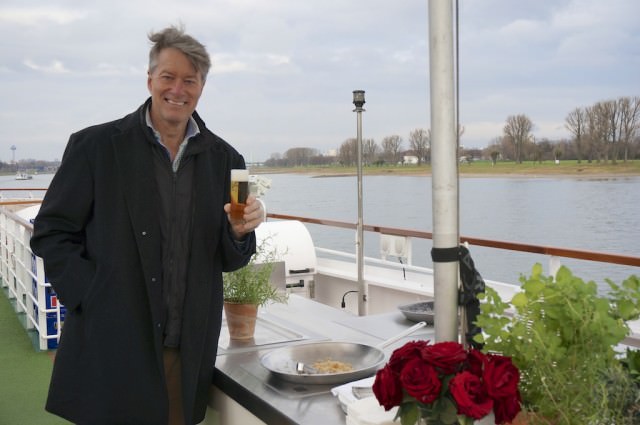 On deck while cruising into Cologne: Enjoying a glass of Kölsch, a traditional beer from Cologne.

My day started with Kölsch and Kraut. Kölsch is a beer typical of the Cologne region, sparkly yellow and lightly hoppy. The kraut took the form of sauerkraut, delicious and tempting all of us to have more than we felt we should 30 minutes before lunch. 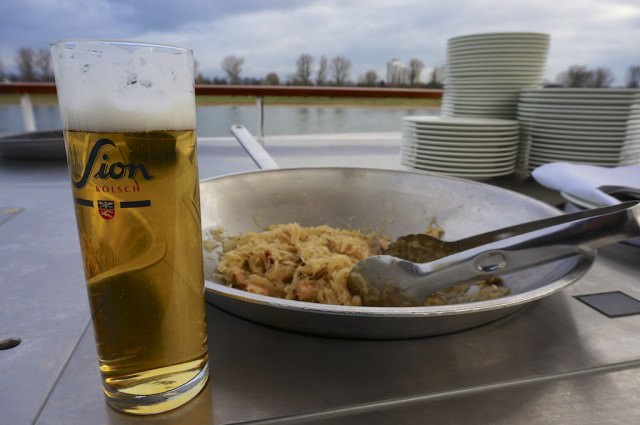 Hard to beat: Kölsch with Kraut, served on the sundeck on A-ROSA Silva as we cruised into Cologne. © 2013 Ralph Grizzle

I stood with my fellow passengers on the sundeck watching A-ROSA Silva bring us closer and closer to Cologne. The anticipation of seeing a new place was palpable. Cameras were snapping as one cityscape after another revealed itself to us. Finally, the Cologne Cathedral came into view. More cameras snapping. The captain steered A-ROSA Silva toward the bank, securing a dock that would put us within walking distance of the cathedral and the city center. 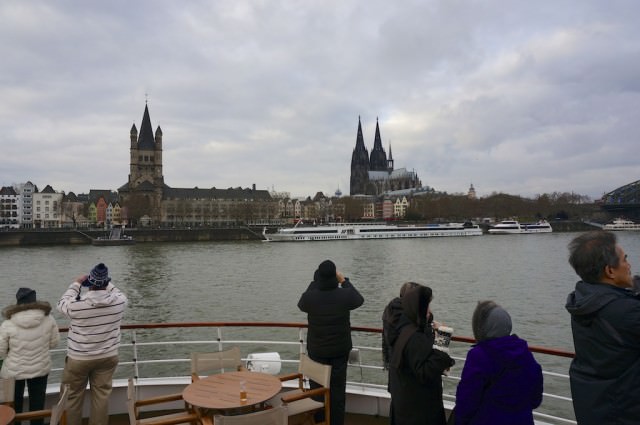 Snap, snap: On deck for photos as we cruised into Cologne. © 2013 Ralph Grizzle 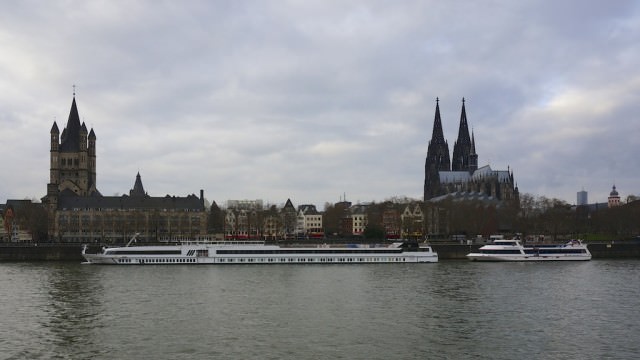 We were not alone in Cologne. In fact, it turned out to be a busy day, shoulder-to-shoulder, heel-to-heel in the old town and at the cathedral. © 2013 Ralph Grizzle

I realize I write a great deal about the active experiences on A-ROSA (see Assessing A-ROSA Stella: 9 Differentiating Factors That Would Make Me Cruise Again). Perhaps it is because my nature, as is the nature of many others, is in motion. I enjoy exploring and seeing, and most of all, moving. A long brisk walk or a vigorous bike ride is invigorating enough at home, but when abroad these activities take on an added dimension of pleasure. Every footstep, every revolution of the pedals, has the potential to present the unexpected — something other than what we’re accustomed to back home.

Today on my ride, I cycled down beautiful avenues of trees lining each side of paved paths for the exclusive use of pedestrians and bicycles. I envy Europeans for living in places that provide spaces for those of who prefer to use their legs to propel rather than fossil fuels. 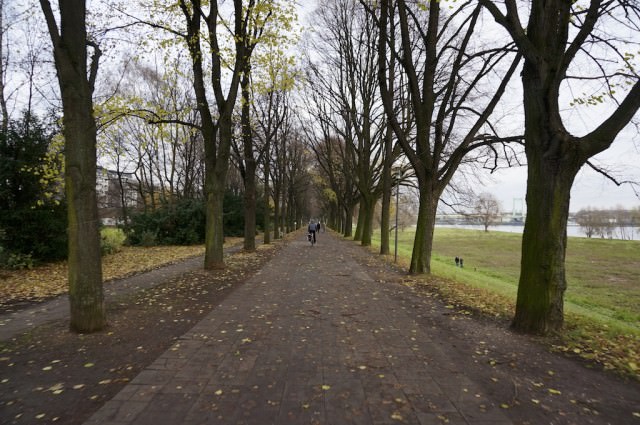 I biked through avenues of trees along the Rhine river today. © 2013 Ralph Grizzle

What’s more is that you really get to know a place when using your legs. On my previous visits to Cologne, I became intimately familiar with the area around the cathedral. If you asked me for directions to the Starbucks near the cathedral, for example, I would reply, “Which one?”

There is a whole other city outside the cathedral area that I discovered while pedaling, however. That’s where people live and work, where kids play and where the grit of life takes place. I love experiencing all of it. 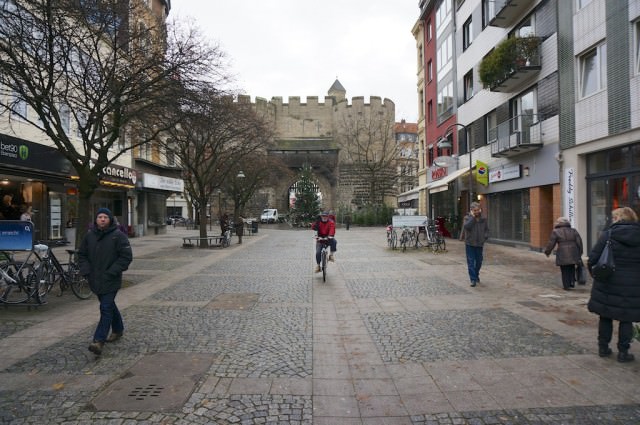 Though it seemed insignificant at the time, I made an unusual gesture when passing a man and his wife on their bikes. He was wearing a jacket with a big American flag embroidered on the back. “Me, Ewe-Ess-Ahh,” I said as I passed him, phonetically pronouncing the acronym for my country and pointing to myself. He threw me a thumbs up, and we both smiled. For a moment, two people from two nations bonded through a simple act. Sometimes, even the small things exhilarate. 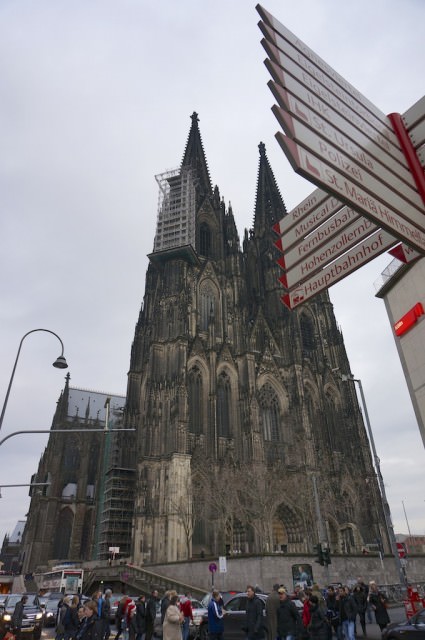 Travel, in part, is about collecting experiences. Some of my fellow passengers raved about their complimentary tour — or specifically, their tour guide — today in Cologne. I was a bit envious of them for having had such rich experiences. They have something to take home to their friends and family, stories of their trips abroad.

There is something we both share, however, and that is indelible images that will be with us until our final breaths on this planet — this lovely, lovely planet, with all of its good people — all waiting for folks like you and me to put ourselves in motion and explore. 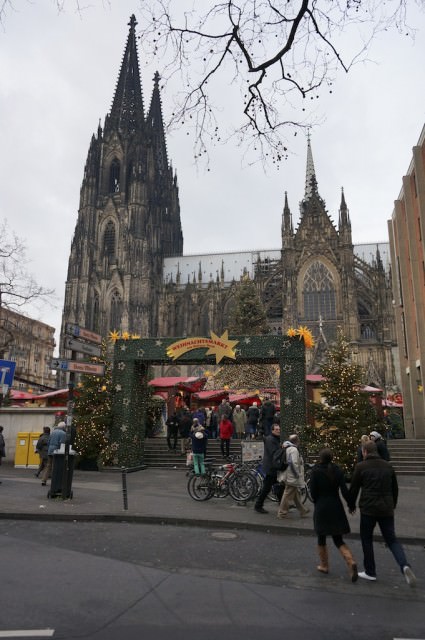 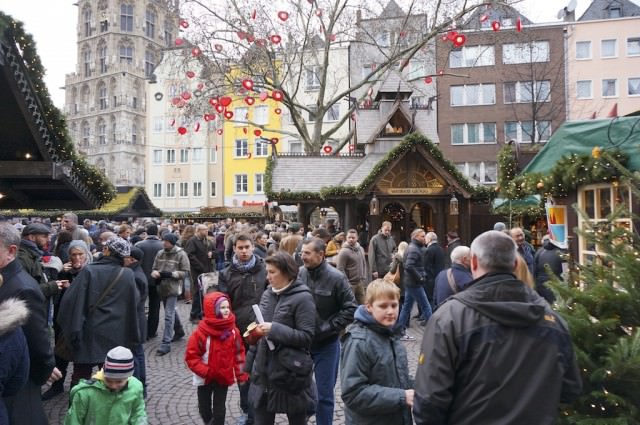 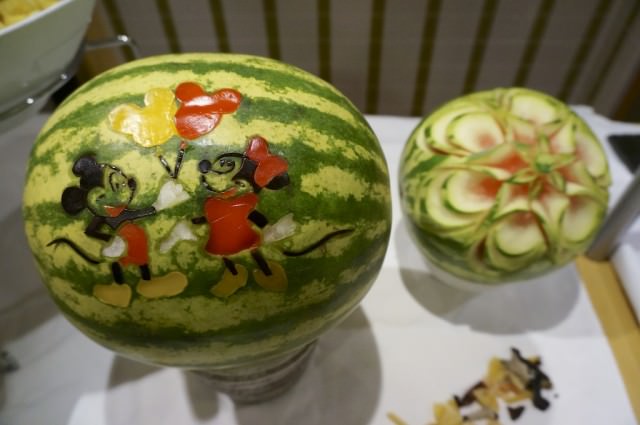 Someone likes to have a little fun down in the galley. @2013 Ralph Grizzle 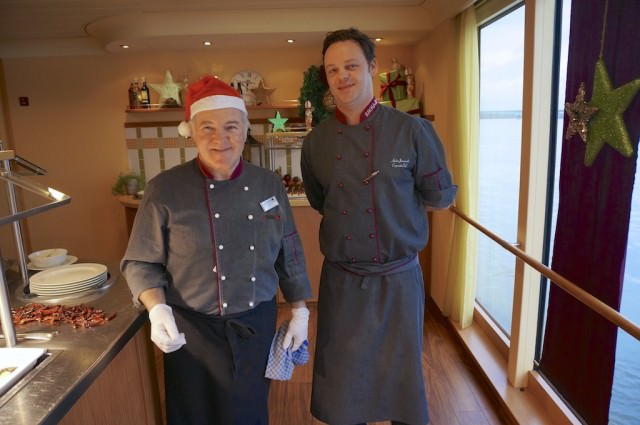 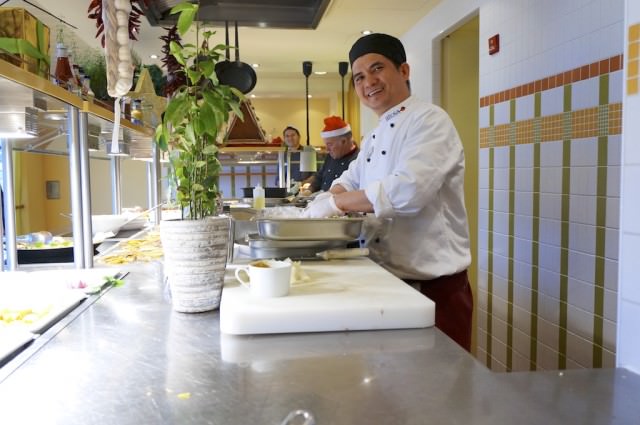 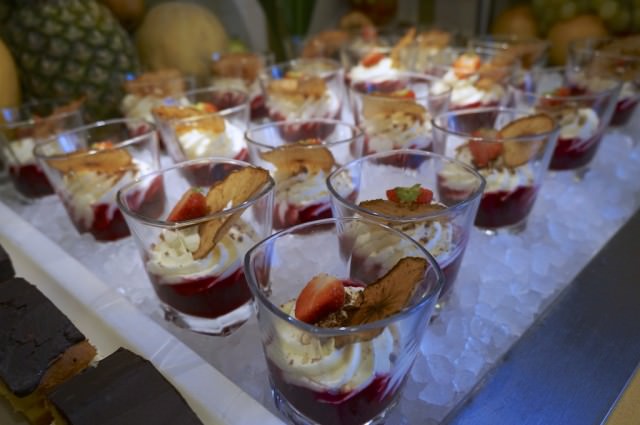 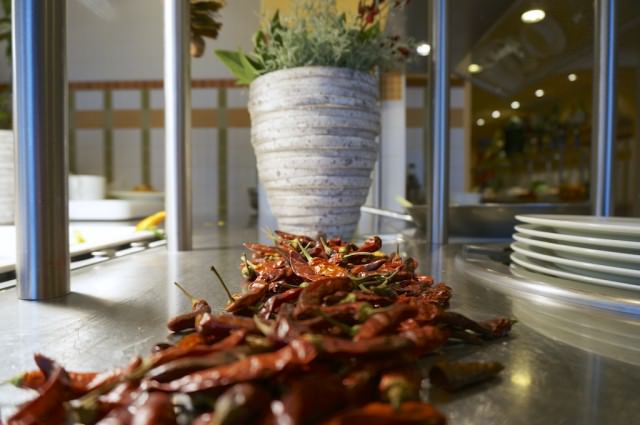 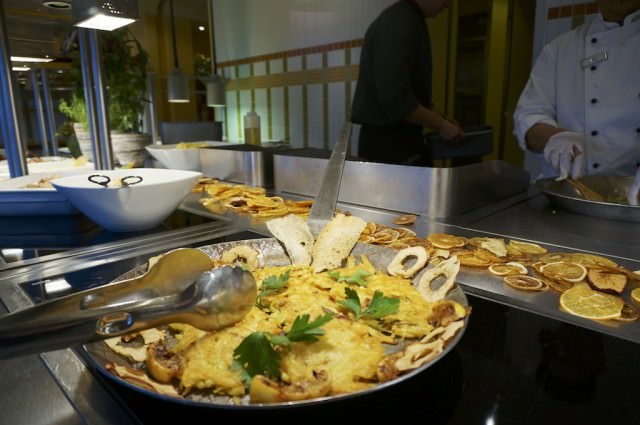 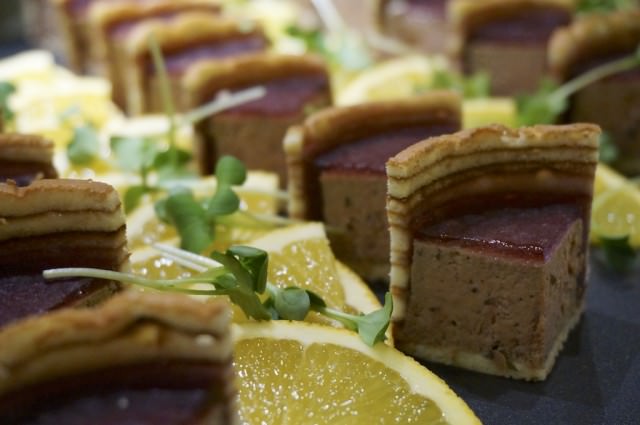 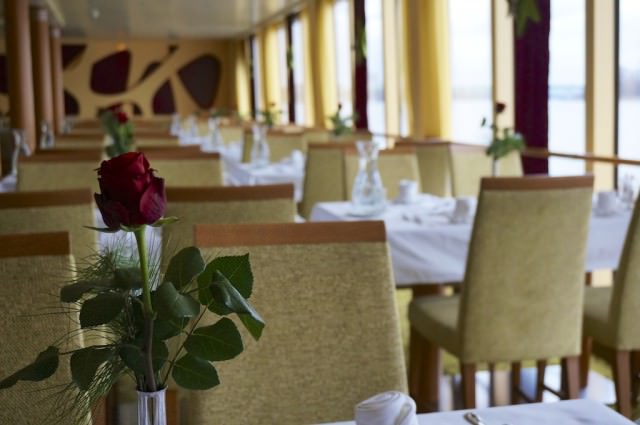 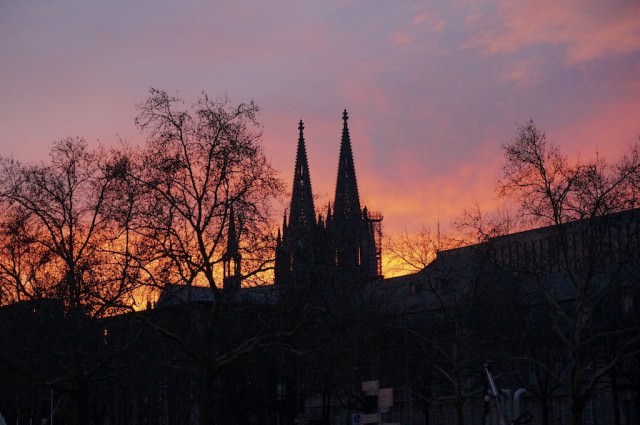 The view from stateroom today on A-ROSA Silva in Cologne, Germany

Cologne from Ralph Grizzle on Vimeo.

Miss our reports so far?