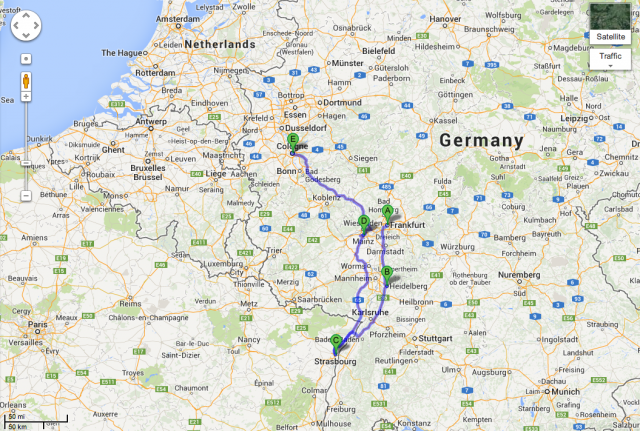 Had we been driving, we’d have covered 264 miles (425 kilometers) in about 4.5 hours from Frankfurt to Heidelberg to Strasbourg to Mainz. At a more leisurely pace, we’ve covered an equal distance in five days on A-ROSA Silva. At 2:30 a.m. on Sunday we push away from the dock here in Mainz and make our way to Cologne, arriving at around 11 a.m. and overnighting before heading back to Koblenz, then Rudesheim and returning to Frankfurt Wednesday morning.

Mainz was a surprise. I hadn’t expected much from this city on the Rhine, only 30 minutes from Frankfurt’s airport, where we began our journey on Tuesday. But A-ROSA Silva’s complimentary walking tour showed us a charming city with a vibrant Christmas Market, some gorgeous squares, beautiful cathedrals and historic sites, plus the Gutenberg Museum. 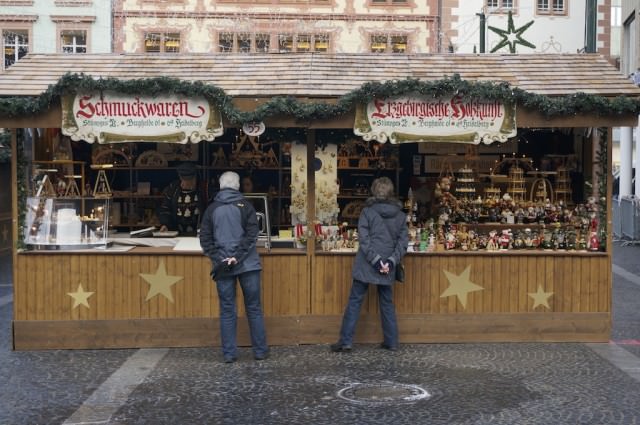 In the morning, before the crowds at the Mainz Christmas Market. © 2013 Ralph Grizzle

The city has a rich history. Around 1450 Johannes Gutenberg, the inventor of printing with movable type, set up his press in Mainz. The city was also the seat of an Archbishop, and has two religious sites worthy of a visit, St. Martin’s Cathedral, built in 1009, and the Church of St. Stephan, completed in 1340 and with post-war windows by Marc Chagall. 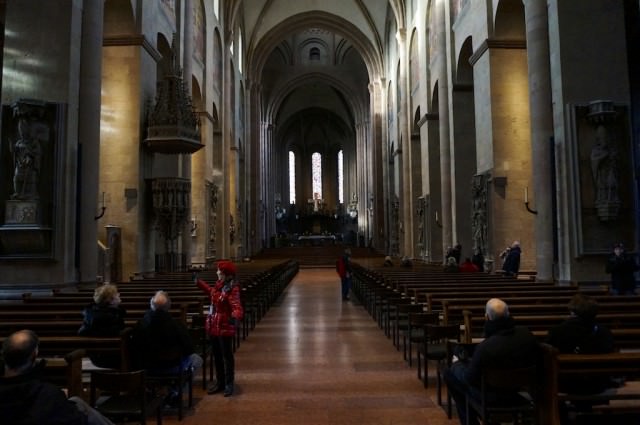 We were able to walk to all of these attractions with our guide from A-ROSA Silva. The two-hour tour provided us with an overview that prepared us to spend the afternoon and evening exploring Mainz at our leisure. After our tour, we attended a free concert at St. Martin’s Cathedral. Other folks from the ship found a second concert in the afternoon. Some visited the bustling Christmas Market, shoulder-to-shoulder busy on this Saturday morning. 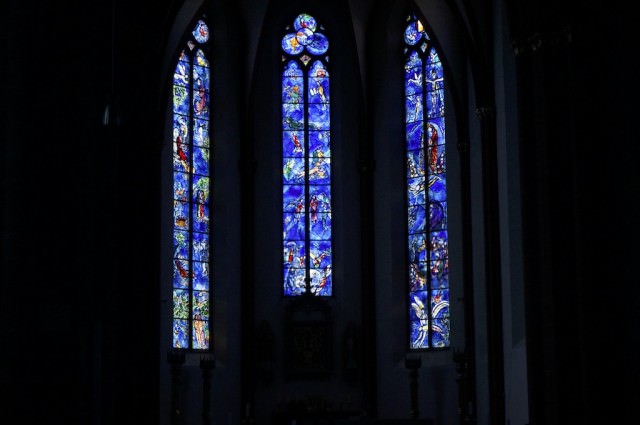 A-ROSA Silva’s positioning in Mainz was one of the things that makes river cruising so appealing. It was telling perhaps that the Mainz Hilton was situated adjacent to our dock. Our floating hotel was as city center as one of the best hotels in Mainz. With a 2:30 a.m. departure time, our proximity to the city center made it convenient for those who wanted to come and go from A-ROSA Silva, even through the wee hours of the morning. 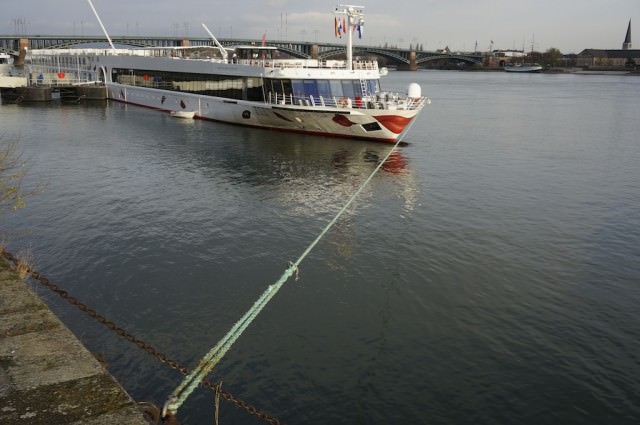 A-ROSA Silva docked in Mainz, adjacent to one of the city’s best hotels. © 2013 Ralph Grizzle

A few photos from our day in Mainz: 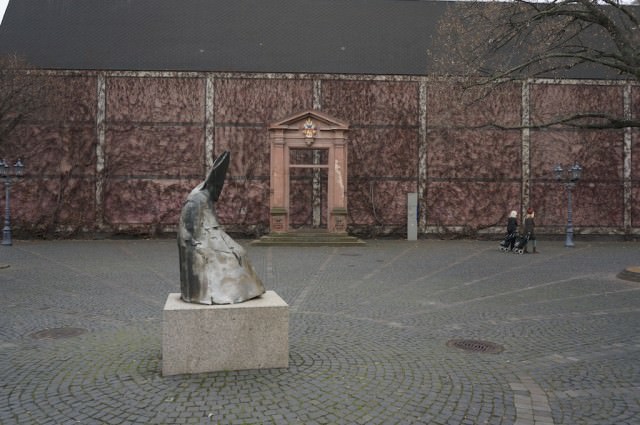 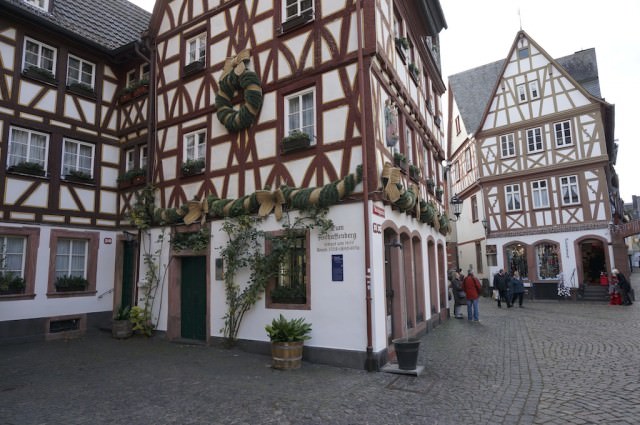 Adorned and adored for the holidays. © 2013 Ralph Grizzle 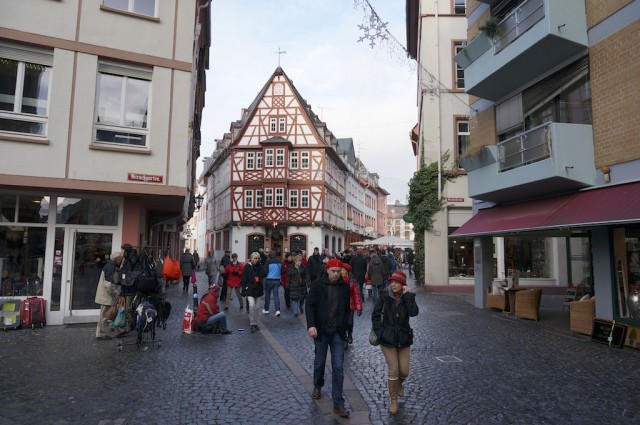 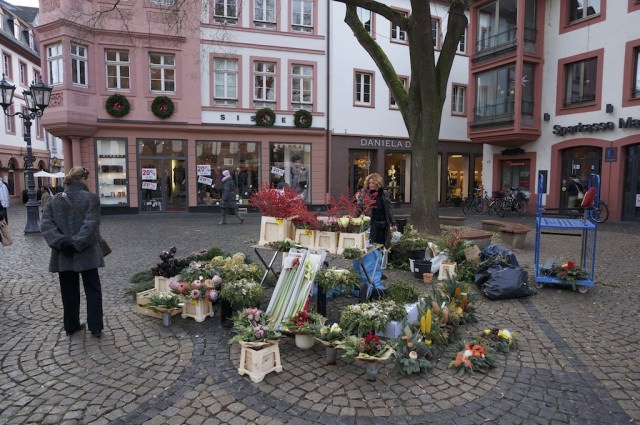 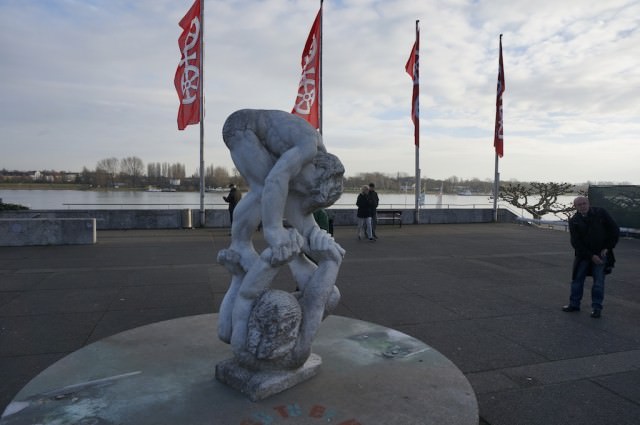 A sculpture made with steel from Sweden. © 2013 Ralph Grizzle 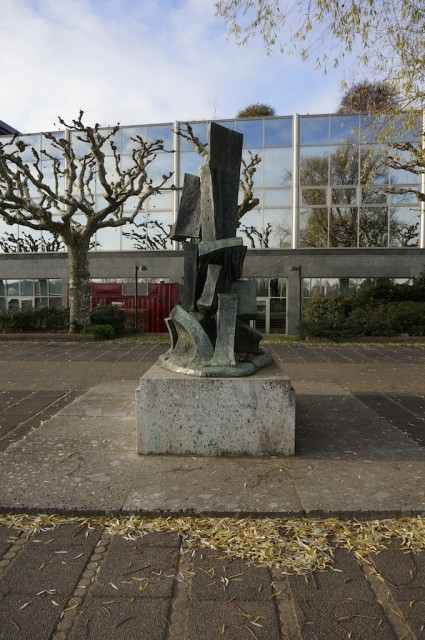 A tribute to Richard Wagner, “the genius,” reads the inscription. © 2013 Ralph Grizzle

With a workweek ahead of her, Monica headed back to Sweden this afternoon. Lucky for her, she avoided the ferocious storms that flooded and ravaged the south of Sweden and much of Northern Europe yesterday. We were shocked as we looked at photos posted by friends on Facebook and in newspapers. The BBC reported that the storm took the lives of at least nine people, including one Danish woman who was killed when a truck was blown over on her car.

The recent storm makes the second “hurricane” that we’ve lived through in the past few months (my understanding is that although the wind speeds are equivalent to those of hurricanes, the storms in Northern Europe technically aren’t hurricanes because they do not form over warm water — nonetheless, they are just as deadly).

Meanwhile, the weather on our cruise is nearly too good. We would appreciate a bit of snow, which, of course, could still come. Actually, we’ve head sprinklings of snow, but we’re hoping for a light coating to set the holiday mood.

One place the holiday mood comes to life is on A-ROSA Silva. The vessel is warmly decorated, and crew can often be seen wearing Santa caps. There’s always complimentary mulled wine (or Gluhwein) to warm the body and soul.

Tonight, I skipped the Gluhwein and instead, enjoyed sampling special wines from the Moselle River valley during our “Winemakers Dinner” on A-ROSA Silva. A lovely, young couple, the owners of Vineyard Jostock in Leiwen (in the Moselle River valley), had made the trip from their home to present their vintages: a Riesling Cremant Brut (sparkling wine or Sekt, as it is known in Germany), as well as a dry Riesling, a bold red wine and a dessert wine — all paired with a wonderful dinner that included New Zealand Green Shell Mussel with Hibiscus Foam; Shallot Cream Soup with Garlic Crouton; Bonbon of Foie Gras with Pomegranate; Pink Seared Duck Breast with Mediterranean Vegetables, Polenta Cake and Thyme Jus; and a healthy helping of Crème Brûlée; followed by a wonderful cheese selection for those who still had room.

I was not surprised to learn that the chef had worked with Silversea Cruises, as had others on A-ROSA Silva. The sommelier came from Seabourn. Their collective aspiration is to deliver dining experiences that they were accustomed to on the luxury deep-ocean ships. 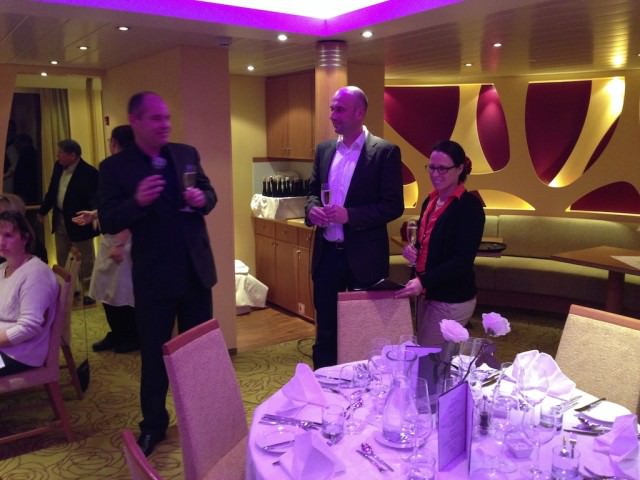 A special winemakers dinner on A-ROSA Silva with the owners of Vineyard Jostock. © 2013 Ralph Grizzle 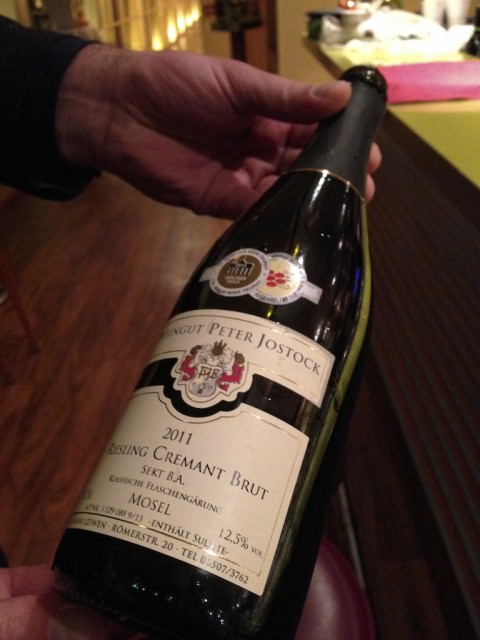 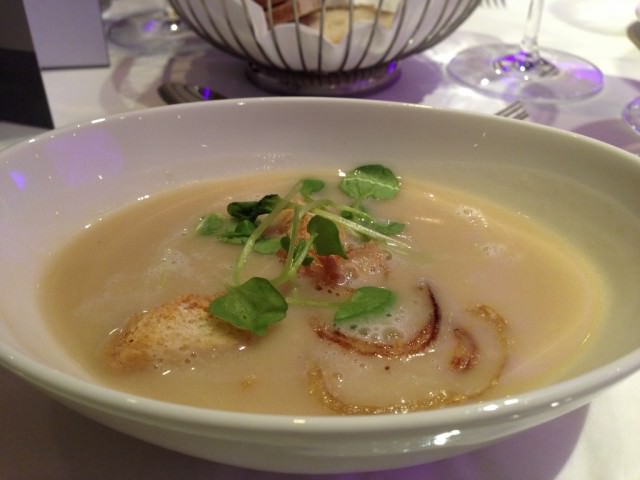 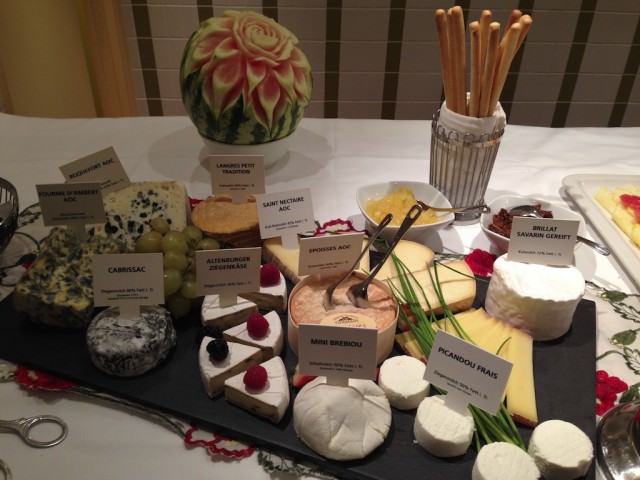 I enjoy the cheese offerings at the end of each dinner. © 2013 Ralph Grizzle

Tomorrow, we call on Cologne, arriving at around 11 a.m. We’ve been invited up on the sundeck for an arrival party. The invitation tells us that we’ll be serenaded with regional music and refreshed (if that’s needed in the cool weather) with a typical beer from Cologne known as Kölsch. If 11 a.m. is too early to imbibe, not to worry: Kölsch is offered again as the evening aperitif — along with what I am sure will be a another wonderful dinner, which reminds me: tomorrow, a long walk and perhaps a bike ride in Cologne.