You are here: Home / Cruise Companies / Recapping our journey aboard Viking Baldur

From Basel to Amsterdam, a journey through European Christmas 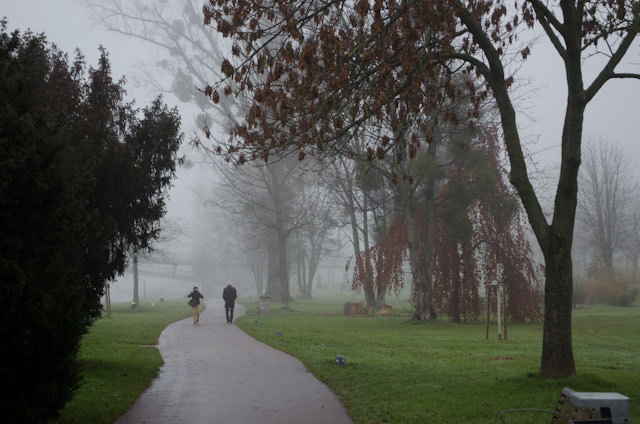 Our journey aboard Viking Baldur was like stepping back in time to a storybook version of Europe at Christmastime. Photo © 2013 Aaron Saunders

During the entire week I was onboard Viking Rivers’ Viking Baldur , readers kept asking me a single question: Danube or Rhine? 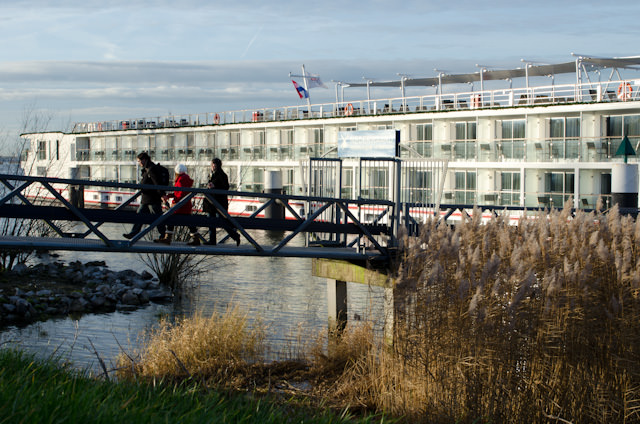 After three sailings along the Danube from Nuremberg to Budapest and reverse, I was more than ready for a change of scenery. The Danube is one of my absolute favorite river cruise destinations in the world, but I found the Rhine more than held its own during my weeklong voyage of exploration from Basel to Amsterdam. 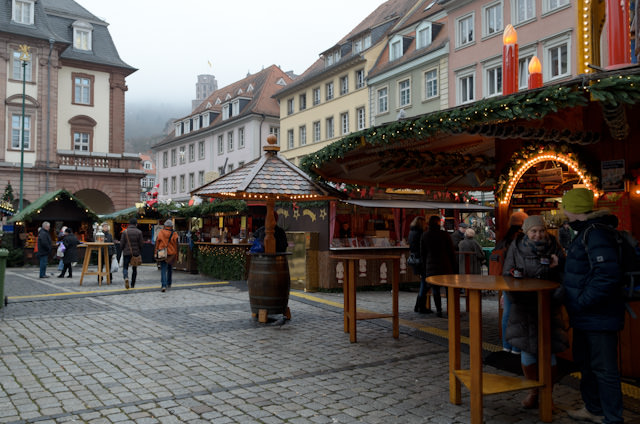 Few things are quite as wonderful as Europe’s Christmas Markets, like this one in Heidelberg, Germany. Photo © 2013 Aaron Saunders

Of course, it goes without saying that the real draw for me – as it should be for any guest at this time of year – are the festive Christmas Markets. Sure, there are just as many museums, cathedrals and attractions vying for your attention as there are during the summer months, but with up to a dozen unique markets in some cities, expect to have a full day just moving from one market to the next. 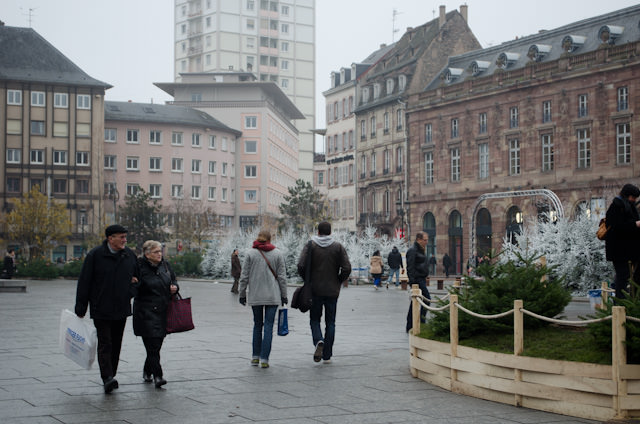 The city of Strasbourg, France, remained one of my favorite ports of call on this Rhine journey. You’d have to be very jaded to not fall in love with it. Photo © 2013 Aaron Saunders

One of my favorite markets was the smallest one; a little four-stall number in Breisach. But Strasbourg was the port I identified with the most during my week aboard Viking Baldur; if you’ve never been, it should be on the top of your list for its unique blend of French and German influence (the Rhine literally separates the two countries.) 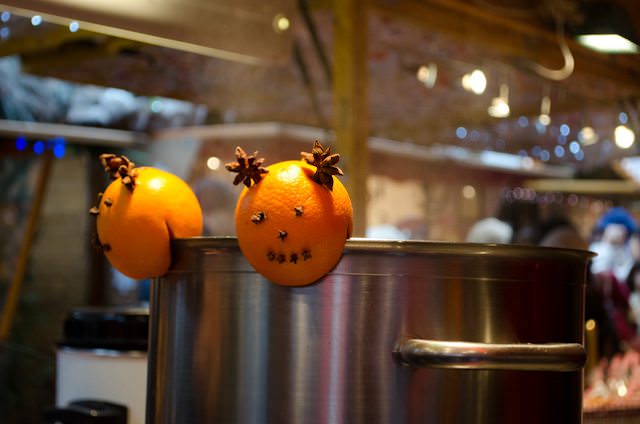 But this journey along the Rhine reaffirmed by believe that there is no better time to take a river cruise through Europe than during the winter months. Sure, it’s cold. Sure, you’ll see rain or maybe even some snow. But Europe in the winter is oddly romantic; it’s warm and inviting, like an illustrated Christmas children’s book come to life. 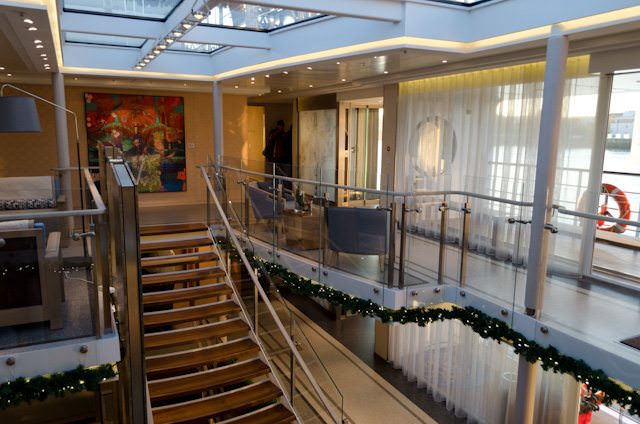 The stunning atrium aboard Viking Baldur. Viking has continually tweaked each Longship it launches based on feedback from guests. Photo © 2013 Aaron Saunders

Viking has had an almost storybook-like journey over the past two years. Since the introduction of the first Viking Longships in March 2012, the company has launched more new vessels than any other river cruise line; expanded into new markets and itineraries; and has landed some of the best folks in the industry as crew members. 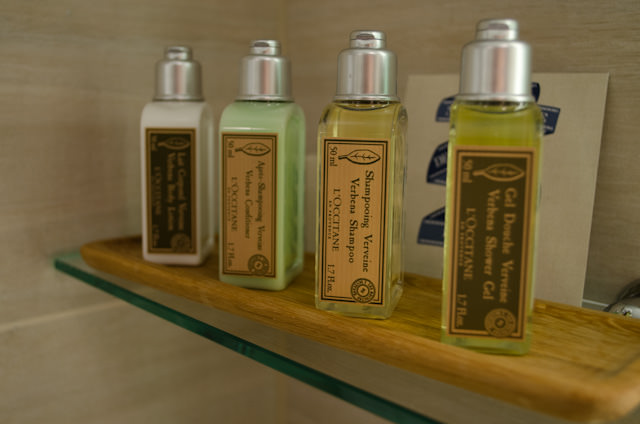 Viking isn’t targeting their river cruises as a premium product; rather, it’s marketed as an extremely good product, and in that respect, my trip aboard Viking Baldur delivered with flying colours. If you’re expecting an all-inclusive or luxury product, you will be disappointed. Still, there are hints here and there of a decidedly premium experience – like L’Occitane toiletries; glass bottles of water and fresh fruit in each stateroom; high-quality onboard materials; and the largest and best interactive television system I’ve ever seen on any cruise ship.

Here’s how my trip stacked up: 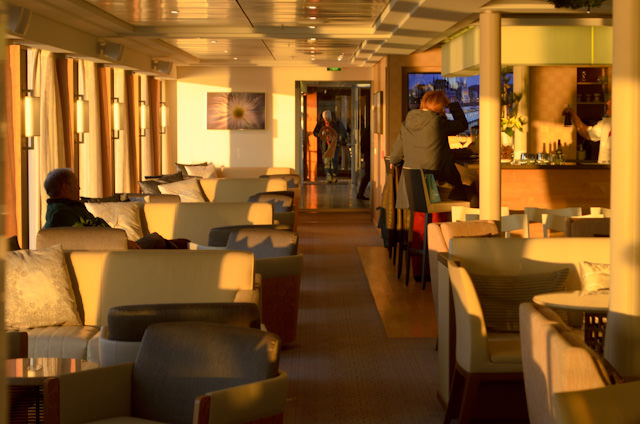 No doubt about it, the Viking Longships are only getting better with age. Rather than being carbon-copies of each other, Viking is continually re-working the onboard décor, carpeting, lighting, furniture, and even the placement of the light switches in staterooms and suites in an effort to better meet the wishes and desires of their guests. Other lines have great ships that are filled with neat amenities, but no one, in my opinion, is listening and making alterations as rapidly as Viking – and that’s to their credit. 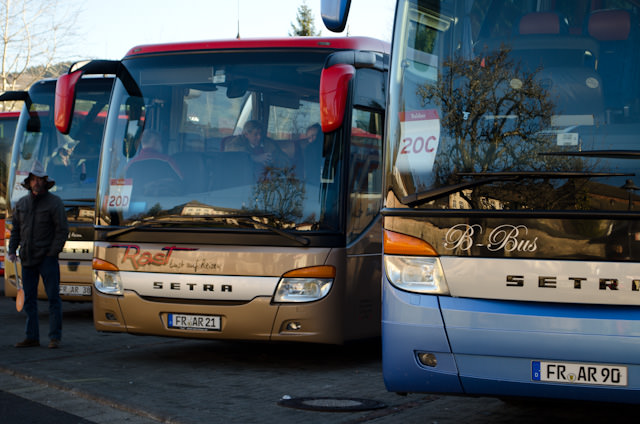 I was impressed at the enormous amount of land-based adventures being offered this year aboard Viking Baldur. Some of these are included in your cruise fare, while others are strictly optional and carry an additional (but modest) cost that’s not going to break the bank. Viking has also rolled out new pre-and-post cruise packages for next year in Bruges, Krakow, Nuremberg, The Hague and Lake Geneva. There’s even a three-night pre-or-post stay offered in Nice, France, as part of the line’s Portraits of Southern France and France’s Finest itineraries. 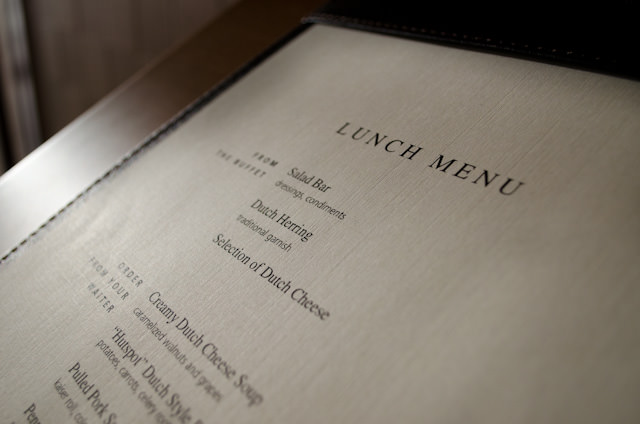 Service onboard remains personable and friendly, as it has from the beginning. However, I felt the food onboard was a great improvement over previous sailings, both in terms of selection and quality. Viking’s house wines – all mainly sourced from Europe – were a perfect blend of accessibility and taste. You don’t have to be a connoisseur to enjoy their red and white selections. The highlight for me still remains the themed lunch, which on our sailing included traditional German specialties. 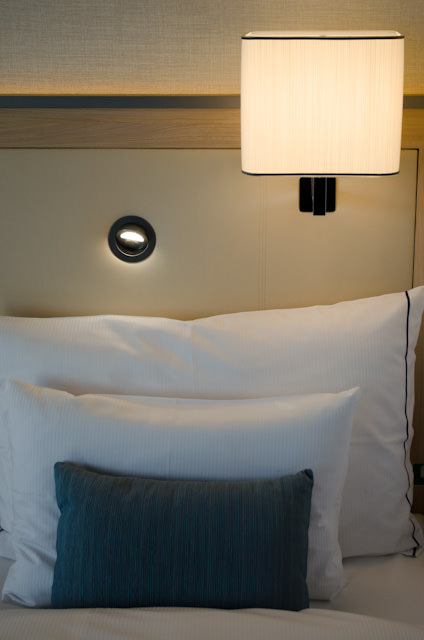 I loved my stateroom, but some of the lighting controls weren’t as intuitive as on previous ships. Photo © 2013 Aaron Saunders

Reduced Aquavit Terrace Use: When Viking introduced the Longships, the Aquavit terrace was billed as the place to take casual meals al fresco, within sight of the massive floor-to-ceiling windows that wrap around the bow. And it’s true, you can still get light breakfast and lunch here, but the casual dinner options that were offered here on my last trip aboard Viking Freya have been scrapped entirely. And I missed that, because it was one of my favorite features.

Some Design Quirks: Viking Baldur is the fourth Viking Longship I’ve been onboard, and I still can’t figure out the stateroom electrical system, which has changed with every single vessel I’ve been on. It took two days of being onboard before I finally figured out the stateroom’s main overhead lights are now on a dimmer; depressing the switch for five to ten seconds will bring them on. If it baffles me, I worry about how many first-time cruisers figured it out – or just assumed the lighting didn’t work. 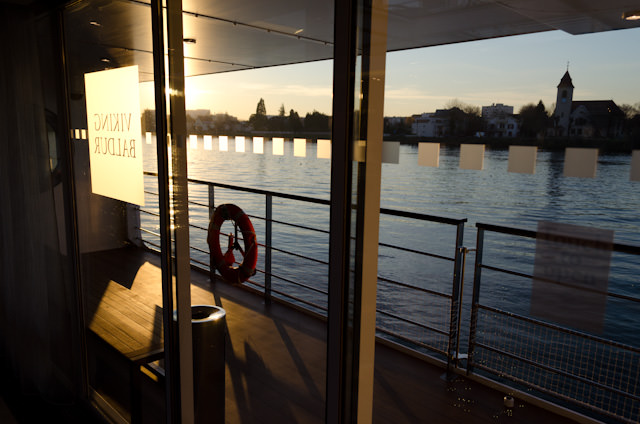 Each Viking Longship seems to get better and better. Photo © 2013 Aaron Saunders

Still, those are minor quibbles about a product that is, overall, only growing and maturing with each successive Viking Longship that comes online. That they have managed to roll out so many new ships in such a short period of time, with 14 more on the way in March and another 14 scheduled for 2015 – not to mention, three oceangoing cruise ships slated for 2015, 2016, and 2017, and do it with a consistent, high quality product is nothing short of astonishing. 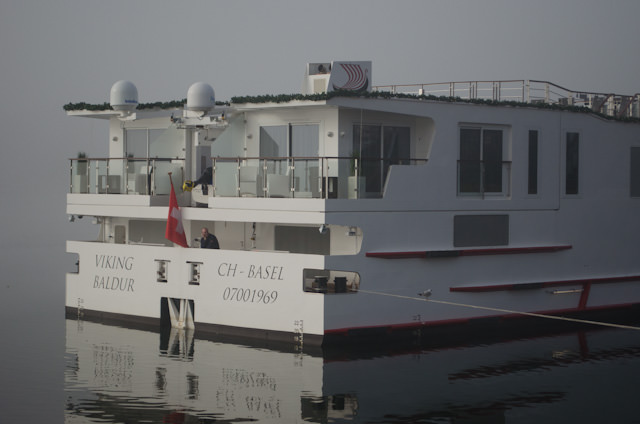 All Viking Longships still feature some of the largest suites afloat in Europe, located all the way aft. Photo © 2013 Aaron Saunders

Is there a better ship? Not really. I enjoyed Viking Baldur just as much as Viking Freya last year, and my short stays aboard Viking Odin and Viking Aegir. There are small differences (dozens, actually) between the ships, but the same consistent experience is available onboard each.

Personally, I look forward to seeing what the future holds for Viking – and for river cruising. And there’s no better time to sail to Europe than during the festive warmth of the Christmas season. 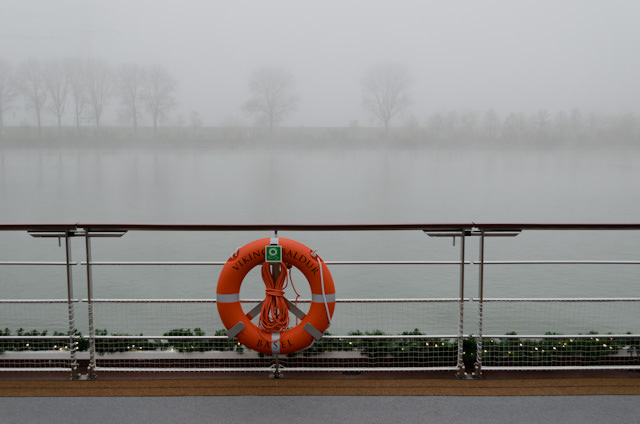 Our Live Voyage Report along the Christmas Markets of the Rhine aboard Viking Rivers’ Viking Baldur has sadly come to a close but be sure to follow all our Live Reports by using the Twitter hashtag #LiveVoyageReport.