A few weeks back, we stumbled upon CroisiEurope’s sleek Monet tied up along the Rhine in Breisach, Germany. Hidden by the clouds of swirling fog that blanketed the river, the 360-foot long Monet was nearly invisible until we were right upon her. 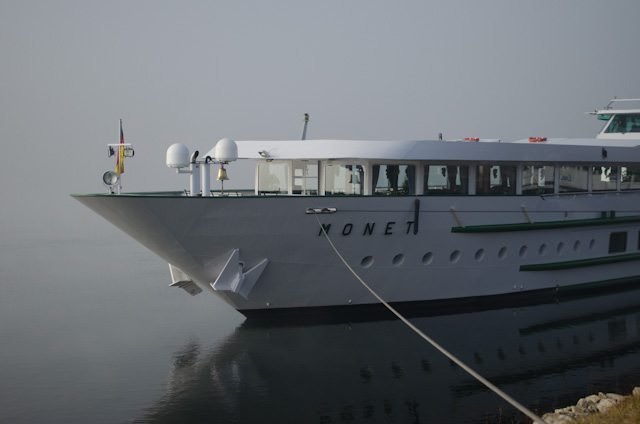 Constructed in 1999, Monet carries 154 guests in 78 nearly identical staterooms. She was extensively refurbished in 2007, with public rooms and accommodations receiving new soft furnishings and general updates.

In 2014, Monet sails two separate itineraries for CroisiEurope: the four-day Romantic Rhine Valley departing roundtrip from Strasbourg, France and calling on Koblenz, Rudesheim, and Mannheim or Speyer, Germany. It’s a quick trip – but a great way to get a taste of two of the most culturally rich countries along the Rhine.

A look at this attractive ship, in pictures: 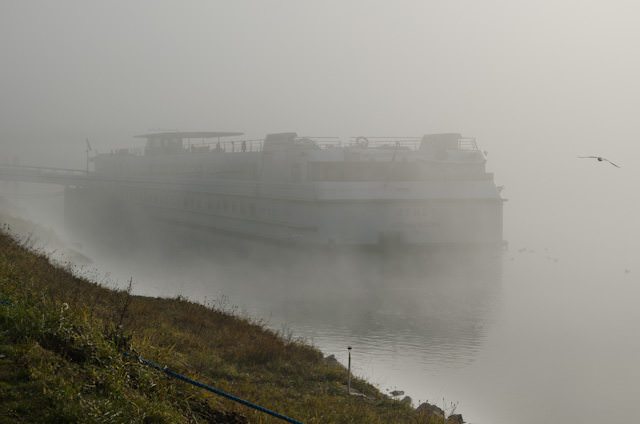 The stern of CroisiEurope’s Monet emerges from the fog in Breisach, Germany. Photo © 2013 Aaron Saunders 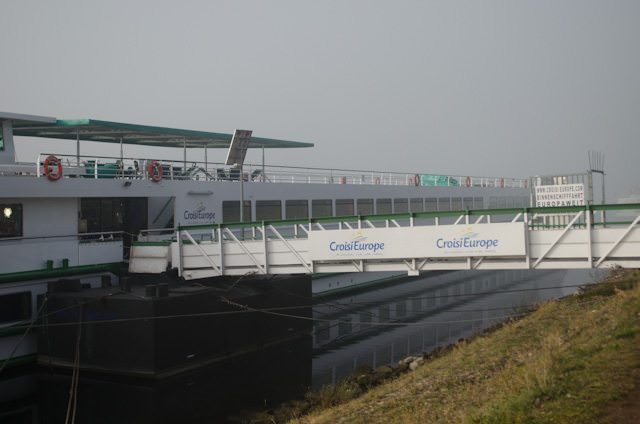 CroisiEurope’s docks are easy to find; they generally have the company’s logo brand along them. Photo © 2013 Aaron Saunders 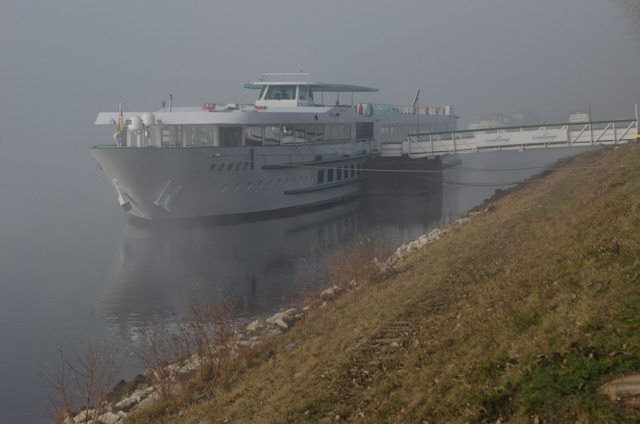 More information on Monet can be found by viewing our complete ship profile here on River Cruise Advisor. If you haven’t seen it yet, have a peek at our CroisiEurope Company Overview as well; the line recently started reaching out to North American river cruisers for the first time, and 2014 is poised to be a big year for the company.

During the past decade, the line has built up a legion of loyal fans and cruisers within Europe; what the company can achieve by catering to the North American market is an exciting prospect for the coming year. Monet isn’t one of the vessels actively being marketed at the North American audience, but as the company begins to grow its clientele on the other side of the Atlantic, that may change.

Expect to see a lot more from CroisiEurope in the coming year.

River Cruise Advisor will return on Monday with a look at the year ahead for the river cruise industry.