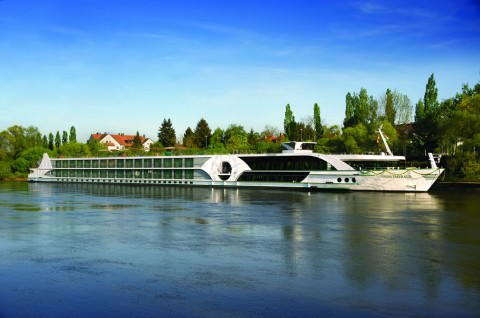 Since debuting its first voyages along the Rhone in 2011, French river cruise bookings at the company have increased dramatically, and the line – founded in 1924 by Arthur Tauck Sr. – has gone from having no French river cruise presence to a total of seven itineraries in France for the upcoming 2014 season.

Three separate itineraries are geared toward family river cruising as part of Tauck’s successful Tauck Bridges program that encourages multi-generational travel. To that end, the line will deploy its Swiss Sapphire on the Seine next year, where she will sail two brand-new itineraries and effectively double the line’s capacity in France. The recently refurbished Swiss Emerald will continue to sail the Rhone and Saone rivers next year.

One of the standard French Balcony staterooms aboard Swiss Jewel. Tauck’s 2014 newbuilds are poised to have even more extravagant accommodations. Photo © 2012 Aaron Saunders

So just how popular have these French itineraries become? Tauck says that year-over-year, bookings have shot up 650 percent for their French itienraries, and a whopping 1,300 percent since 2011.

Next year, the line’s two new voyages along the Seine will have a few perks, not the least of which is the presence of Winston Churchill’s granddaughter and biographer, Celia Sandys, who will give a lecture exclusive to the line on the two-week Cruising the Seine Plus Versailles itinerary that travels from London and through France for a nine-day cruise along the Seine.

This itinerary will include visits to Normandy’s D-Day beaches, which next year will recognize the 70th Anniversary of the D-Day Landings. But like any Tauck cruise, the real perks are the intimate experiences that lie along the way, like private absinthe tastings at the Absinthe Musum in Auvers-sur-Oise and an exclusive dinner in Rouen at a private chateau. 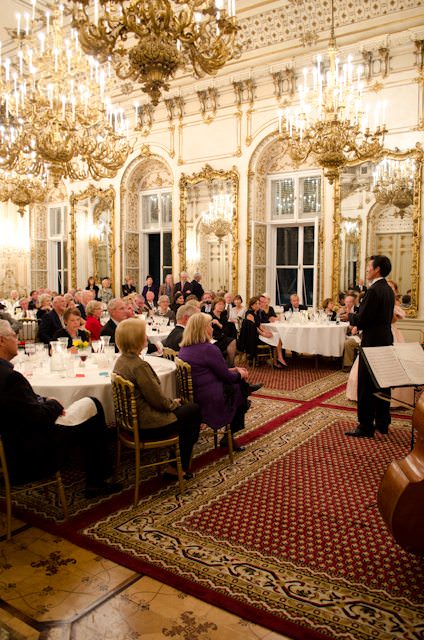 The line’s second new French itinerary is dubbed Rendezvous on the Seine and spans ten days, beginning with a two-night stay in Paris at the Hotel Pullman which overlooks the striking Eiffel Tower.

This is paired with a seven-day cruise that visits Conflans, Giverney, Vernon, Les Andelys and Rouen.

Also noteworthy next year will be the introduction of two brand-new riverboats for Tauck, each of which will be larger than the line’s existing fleet but which will carry only a handful of additional guests. They’ll also offer some new enhancements, like special river view staterooms that will feature an innovative loft-style sitting area and over-height ceilings and a minimum stateroom size of 225 square feet.

More information on Tauck, its fleet and upcoming itineraries can be found by visiting our company overview here on River Cruise Advisor.