The ocean-cruising arm of Viking River Cruises took another step closer to reality yesterday, with the cutting of the first steel for Viking Cruises’ new Viking Star. 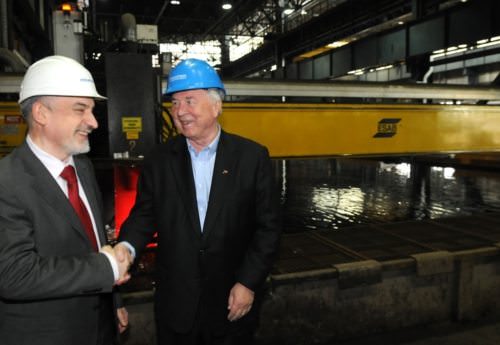 Hot on the heels of one of the most aggressive expansions in the river cruising market to date with the trendsetting Viking Longships, Viking is looking to Viking Star and her as-yet-unnamed sister ship to help the company achieve similar prominence and brand-recognition in the ocean cruising world as it has achieved in river cruising.

The steel cutting for the 47,800 GRT ship took place at Fincantieri’s Marghera shipyard near Venice, Italy. “This is a big step towards realizing our ocean cruising plans,” said Torstein Hagen, Chairman of Viking Cruises. “With our new ocean cruises, we are applying the same principles behind our award-winning river cruises — small, intimate ships with destination-focused itineraries that allow guests to experience privileged access excursions and onboard cultural experiences.”

Part of that experience includes bringing what Viking’s guests already know and love about river cruising to the world of traditional ocean cruising. As with Viking’s river cruise product, great emphasis will be placed on time spent ashore. Guests on the 928-passenger, all-veranda Viking Star will experience longer than average port stays; one complimentary tour in every port of call; and a host of complimentary inclusions that range from beverages to specialty restaurants.

In addition to the firm order for Viking Star and her sister-ship, the line retains options on four additional vessels with Fincantieri, the Italian-based shipyard that has built vessels like Silversea’s Silver Spirit and Cunard’s Queen Victoria.

But that doesn’t mean the company has forgotten about river cruising: in fact, another 12 Viking Longships are scheduled to enter service in March, 2014 – thereby breaking the line’s own Guinness World Record. 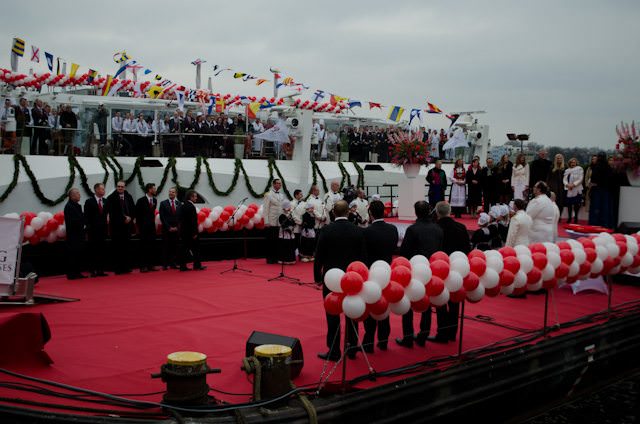 River cruisers can rest easy: another 12 Viking Longships will be coming in March 2014, meaning we’ll get to see this again – on an even bigger scale. Photo © 2013 Aaron Saunders