You are here: Home / Cruise Companies / Orient-Express to debut Orcaella in Myanmar in July

The river cruise industry in Asia continues to grow and expand at an unprecedented rate. Next month, Orient-Express will launch its Orcaella on the Irrawaddy River in Myanmar, becoming the line’s second vessel in the region after the 82-guest Road to Mandalay, which has been operating in the region for nearly two decades. 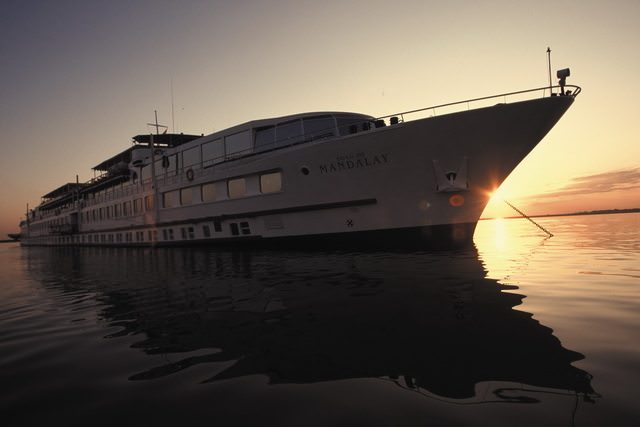 The new Orcaella will join Road to Mandalay, shown above, which has served Orient-Express in Myanmar for 17 years. Photo courtesy of Orient-Express

Originally announced last year, the 50-guest Orcaella will measure just 200 feet in length to allow her to successfully transit areas that larger ships simply cannot sail to. She will have a total of 25 staterooms comprised of two Balcony Suites; 15 suites, and eight Deluxe Cabins.

Each stateroom and suite will feature floor-to-ceiling glass doors that open to a French Balcony in addition to having luxurious en-suite bathrooms. Spread across the vessel’s four passenger decks are many of the expected features and amenities, including a restaurant, bar and lounge, a small spa and fitness centre, a swimming pool, and an onboard boutique.

When she enters service at the end of July, Orcaella will operate three distinct itineraries:

This second Myanmar-based ship is just one part of the Orient-Express network that can be enjoyed across the world. Founded in 1976, the company that draws its name from the famed passenger train service that used to operate between Paris and Istanbul. Today, London-based Orient-Express Hotels owns and operates six luxury train services aimed at tourists, along with 45 luxury hotel and cruise properties.

We’ll have more information on the Orcaella as it becomes available!