With so much growth in the river cruise industry during the past 24 months, it should perhaps come as no surprise that another player has planned to enter the market, this time setting up shop in Asia.

Called Haimark, the line plans to construct up to five river cruise ships on the rivers of Southeast Asia by 2015. The first of these, the RV Mekong Navigator, is scheduled for a September 2014 launch, and will be capable of carrying 68 guests and 34 crew members. 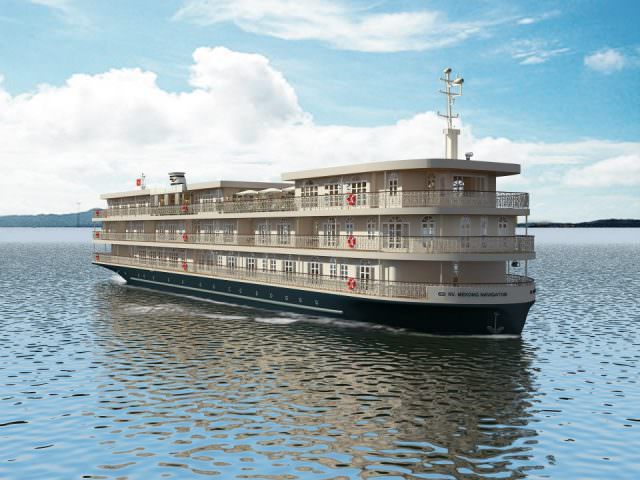 Haimark plans to lease out the RV Mekong Navigator, set to debut in the fall of 2014. Photo courtesy of Haimark.

Haimark is looking to distinguish its offerings from competitors by offering a number of inclusive features, including all shore excursions and guided tours, as well as coffee, tea, soft drinks, water, and local beers and spirits. Wine is expected to be provided free of charge with dinner.

Interestingly, Austrian-based Luftner Cruises also shows itineraries operating aboard the RV Mekong Navigator in 2014 for its Amadeus brand of river cruises, but the practice of multiple cruise lines and operators selling space aboard a ship operated by another company is fairly common in the river cruise industry outside of Europe.

Several articles have already stated that these voyages operated by Haimark are already sold out, which wouldn’t be unusual for a vessel that only carries 68 guests.

We’ll keep you updated here on River Cruise Advisor with more on Haimark as it becomes available.