By now, you’ve probably heard about the big announcement from Viking River Cruises. Last Thursday at a lavish ceremony at the Beverly Hilton in Los Angeles, the line officially launched its Viking Ocean Cruises‘ product, along with its first oceangoing cruise ship, the Viking Star, which will set sail in the spring of 2015.

While you can view detailed coverage of the new ship and the event on our sister-sites The Avid Cruiser and From the Deck Chair, we thought we’d compile some information that might be of interest to the line’s frequent river cruise guests in one easy-to-find place.

Currently, Viking doesn’t plan to offer packages that feature a week aboard one of its river cruise vessels coupled with a voyage aboard the new Viking Star. This is mainly due to the logistics involved with these two similar but distinct products. 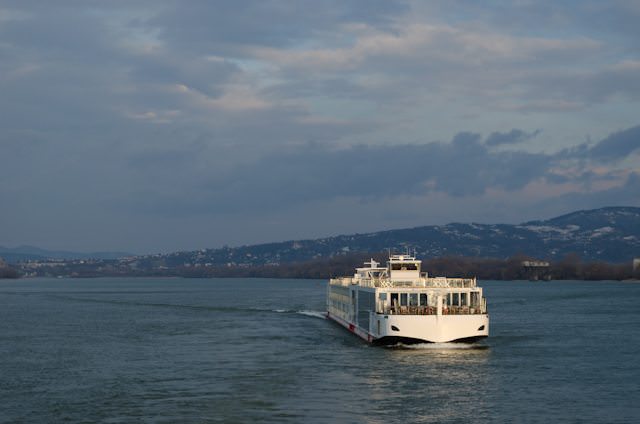 While Viking won’t be offering cruise packages that span both its river and oceangoing cruise products, guests can certainly put their own river and cruise combination journeys together. Photo © Aaron Saunders

Viking Cruises Chairman Torstein Hagen was quick to point out that passengers could create their own custom journeys by booking a river cruise aboard one of the line’s ships, then travelling at their own pace to embark Viking Star if the disembarkation and embarkation dates worked in their favor.

Will Viking honor its past river cruise guests aboard Viking Star?

Onlookers gathered in March 2012 during the christening of the first four Viking Longships at the Passenger Terminal Amsterdam. Viking’s past guests will be recognized as such aboard the line’s forthcoming Viking Star cruise ship. Photo © 2012 Aaron Saunders

Who will staff the new Viking Star?

According to Hagen, the line has already seen great interest from the line’s current river cruise ship employees — many of whom have extensive deep-ocean cruise experience — in serving aboard the new Viking Star. Expect the same friendly, international service to be in place aboard the company’s oceangoing ship when she sets sail in the spring of 2015. 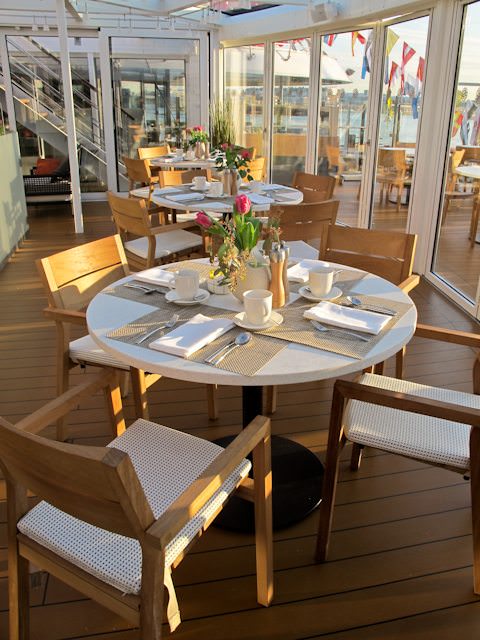 The Aquavit Terrace, made popular aboard the line’s stunning Viking Longships, will return in oceangoing form aboard the upcoming Viking Star. Photo © Aaron Saunders

For the most part, yes. Viking has taken great strides to make its oceangoing cruise product as similar to its river cruise product as possible, and the company seems to have done a good job of noting what guests expect from the line.

When do these new Viking Ocean sailings go on sale?

Viking is taking bookings for Viking Star as of right now. The only exception are bookings for the ship’s Owner’s Suite, which will be available for booking in 2014 after the design of the 1,448-square foot room has been completed by Hagen himself.

Your travel agent should, but may not, have all the details regarding Viking Oceans just yet. It’s best to reference the line’s website in the meantime, or print your selected itinerary to bring to your favorite travel provider. 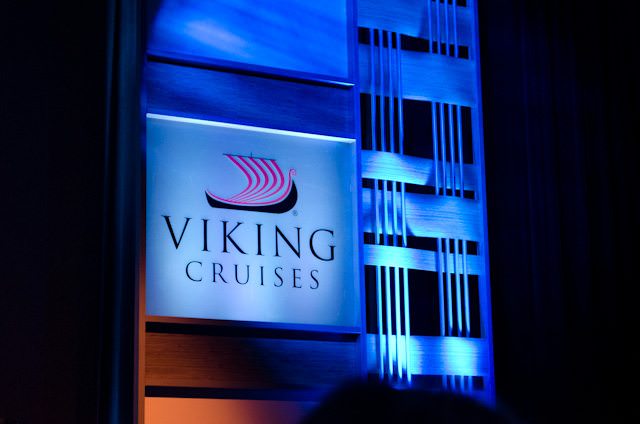 The reveal at the Beverly Hilton. Photo © 2013 Aaron Saunders