You almost have to wonder if the river cruise industry ever has a rainy day. Scenic Tours has announced its intention to expand its fleet to nine ships by commissioning another new river cruise vessel for entry into service in 2014. 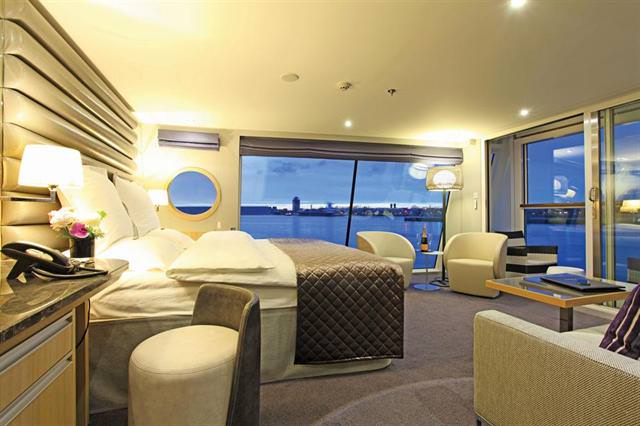 With Scenic’s highly successful Space Ships, the line has made substantial investments in the underlying technology used aboard its ships. Photo courtesy of Scenic Tours.

Travel Weekly writes that this new vessel, dubbed Scenic Jade, will be a continuation of Scenic’s highly successful “Space-Ship” class of river cruise ships, and will sail the Rhine, Main and Danube rivers. The company had cited “unprecedented demand” as the motivation behind the rapid expansion.

What is particularly fascinating about this announcement is that it comes hot on the heels of a major stem-to-stern refurbishment of Scenic’s existing (and extremely young) fleet or river cruise ships. Almost no detail went unturned during these refits, which stripped ships as young as 18 months down to their metal frames in order to bring them in line with the recently launched Scenic Jewel.

Casual meals can be had in the River Café, including gourmet pizza made fresh onboard. The line’s Table La Rive is dedicated to a full degustation dining experience, while Portobellos has undergone a complete re-design, along with The Bar, which now features additional coffee machines and Eurocave wine dispensers.

The Scenic Cruises fleet is set to grow to nine by 2014. Photo courtesy of Scenic Tours

Scenic ships even have a unique GPS-aided commentary units that use the actual position of the vessel to provide relevant commentary along the way.

At the time of the Scenic Jewel’s christening, Scenic founder Glen Moroney announced that an eighth vessel, Scenic Gem, would enter service in 2014. With a ninth now on the way, the Australian-based tour operator has managed to solidify its presence in the river cruising arena.

More information on both Scenic Gem and Scenic Jewel will be included here on River Cruise Advisor as it becomes available.