Recently, luxury ocean cruise line Crystal Cruises announced its intention to go nearly completely non-smoking beginning in 2014. Because of that, we thought it would be a good time to look at smoking policies aboard European-based river cruise ships.

Smoking policies are becoming more restrictive aboard ocean cruise ships, but they’ve always been stringent aboard river cruise ships. With a multitude of stateroom options – including ones with French Balconies and full, step-out balconies – the rules may seem unclear, particularly to those who are familiar with smoking policies on major deep ocean cruise lines that may allow smoking on balconies. 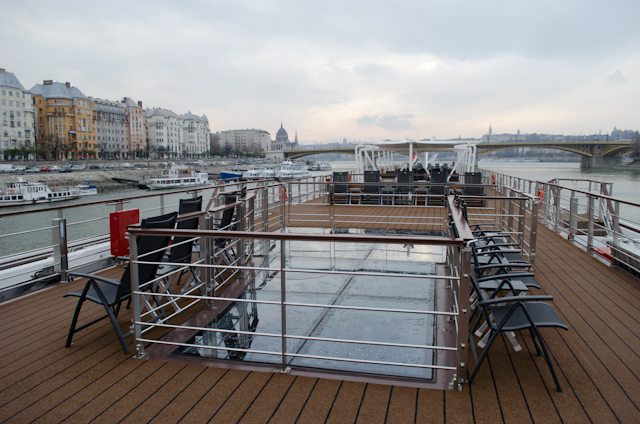 Generally speaking, the Sun Deck is the only place many European river cruise ships will allow smoking. Photo © 2013 Aaron Saunders

The general rule of thumb that is applicable for nearly every major river cruise line in Europe: Smoking is not allowed anywhere inside the ship at any time.

This decision also has roots in safety: Fire is one of the most dangerous threats to any ship. Eliminating the potential risk of accidental fire in the ship’s interior spaces is a prudent decision.

Smokers should also be aware that many European locales have placed heavy restrictions on smoking, but that these can and will vary from country to country. It’s always best to inquire first before lighting up.

As always, when in doubt it pays to get in touch with your travel agent or your selected river cruise line to find out the policies, as these can — and do — vary for other destinations, most notably Asia and Egypt.