The American Queen Steamboat Company has purchased the 2002-built Empress of the North and will rename her American Empress. Photo courtesy of Wikipedia / Creative Commons

Yesterday, we wrote about the American Queen Steamboat Company’s unique and varied entertainment options along the Mississippi aboard its American Queen sternwheeler. Now, the company is prepared to offer another exciting destination: the Pacific Northwest.

The line has struck a deal to purchase the 360-foot long Empress of the North from the U.S. Maritime Administration, which has had possession of the 2002-built sternwheeler since the collapse of former owners Majestic America Line in 2008.

Currently laid up in Portland, Oregon, the Empress of the North will be renamed American Empress (and not Express as some media outlets are reporting), and will enter service along the Columbia and Snake rivers beginning next April.

The American Queen has ushered in a rebirth of U.S. river cruising, welcoming thousands to discover the heartland of the United States and its iconic port cities,” says Ted Sykes, president and COO of the American Queen Steamboat Company. “Now the American Empress will continue that tradition as an ambassador to the Pacific Northwest.”

The 223-passenger vessel will sail weeklong itineraries between Portland, Oregon and Clarkston, Washington. Ports of call will include Astoria, Oregon; Stevenson, Washington; The Dalles, Oregon; Umatilla, Oregon; and Richland, Washington.

We’ll bring you more information on the American Empress and The American Queen Steamboat Company’s foray into Pacific Northwest river cruising as it becomes available. 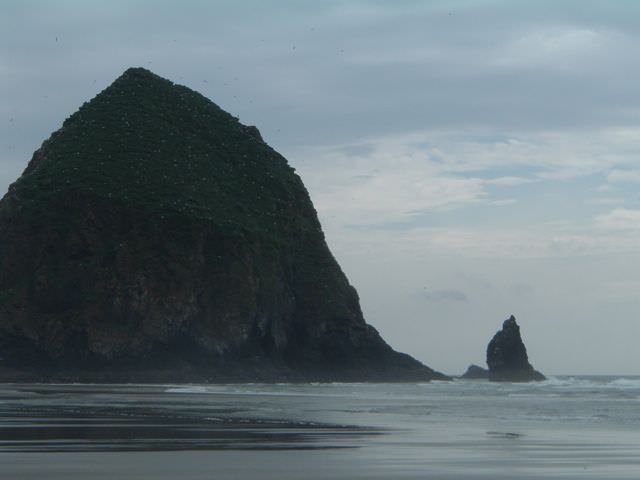 Cannon Beach and Haystack Rock are both located within easy reach of Astoria, Oregon — one of the ports of call visited aboard American Empress. Photo © Aaron Saunders

More information on the American Queen Steamboat Company can be found by visiting our complete company and fleet overviews here on River Cruise Advisor.

The Ultimate River Cruising Handbook is available in print and digital formats. The book includes 2019 pricing charts for all rivers and all major river cruise companies. Get your copy now.
END_OF_DOCUMENT_TOKEN_TO_BE_REPLACED