Tauck has unveiled the names of its two newest river cruise ships that are set to hit the water next year: MS Inspire and MS Savor.

A 2D rendering of Tauck’s new MS Inspiration and MS Savor, due to enter service in 2014. Illustration courtesy of Tauck.

Aside from their names, the two new vessels will represent a new class of ship for Tauck, rather than being sisters to the line’s four existing 361-foot long ships.

MS Inspire and MS Savor will measure 443 feet — as long as river cruise ships can realistically be constructed due to lock constraints — yet will only accommodate 130 guests each; just a 10 percent increase over the line’s existing vessels.

The new Inspiration Class ships will offer the same intimate, personalized product that Tauck has built its reputation on with the Swiss Emerald, Swiss Jewel, Swiss Sapphire and MS Treasures. With the overall increase in length, however, Tauck’s new ships stand to be some of the roomiest newbuilds afloat.

“When our Inspiration Class ships launch next year, they’ll each have just 130 guests aboard, whereas other major lines carry up to 190 guests on the same length ships,” Mahar says. “That’s an additional 46 percent more passengers aboard ships of the exact same length. You simply can’t deliver the same relaxed, intimate atmosphere when you put nearly 50 percent more passengers into the same space.” 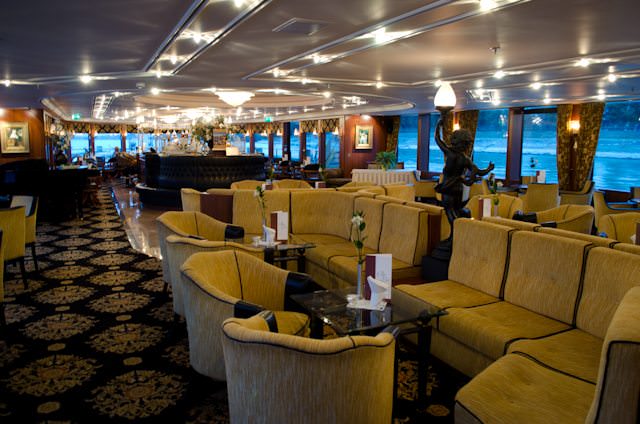 Tauck’s entire program revolves heavily around its highly skilled and personable Tauck Directors, who accompany guests every step of the way, from greeting them at their hotel upon arrival, to the final farewell at the end of the comprehensive land and river journeys. Guests are divided into groups that rarely exceed 25, with a Tauck Director accompanying each group along with a local destination expert.

All excursions featured by Tauck are included in the cost of the overall cruise, and the line even surprised us on our own sailing last year by providing €20 to each guest for lunch during an all-day excursion to Cesky Krumlov in the Czech Republic. Tauck’s rationale: We’d have paid for lunch that would have been included on the river cruise ship, and the fact that we chose to venture further afield shouldn’t come out of the passenger’s wallet.

“River cruises offer incredible opportunities for authentic, in-depth explorations of each destination, so we place tremendous emphasis on ensuring that our shore excursions — all of which are included in our cruise prices — are absolutely world-class,” Mahar says.

Tauck will also introduce four new river cruise itineraries in 2014, including the line’s first-ever cruises along the beautiful Seine River.